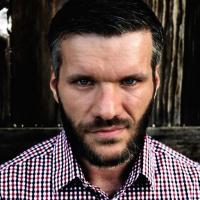 Matt Bell is the author of the novel In the House upon the Dirt between the Lake and the Woods (Soho Press, 2013). He is also the author of two previous books, How They Were Found and Cataclysm Baby. In 2015, Soho Press will publish his next novel, Scrapper, followed in 2016 by a new short story collection. His stories have been published in magazines such as Conjunctions, Gulf Coast, The American Reader, Ninth Letter, Unstuck, Fairy Tale Review, Guernica, and Hobart, as well as anthologies including Best American Mystery Stories and Best American Fantasy. His poems have appeared in Salt Hill, Spork, Barn Owl Review, Waxwing, Tupelo Quarterly, and Big Lucks, among other venues.