This reading was presented by the UA Poetry Center and hosted by Natalie Diaz as part of the ArchiTEXTS: A Conversation Across Languages program. Poetry Center readings in Phoenix are a collaboration with the Phoenix Art Museum with support from lead sponsor the Virginia G. Piper Center for Creative Writing, with additional support from the ASU Creative Writing Program, the Maxine and Jonathan Marshall Chair in Modern and Contemporary Poetry, the Literary & Prologue Society, and Superstition Review. 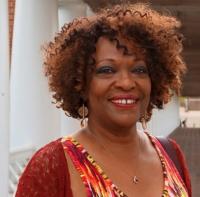 Former U.S. poet laureate Rita Dove was born in Akron, Ohio in 1952. From 1981 to 1989 she taught creative writing at Arizona State University - the final two years as the first and only African-American full professor in ASU's English Department. Rita Dove's most recent book, Collected Poems 1974-2004, received the 2017 NAACP Image Award and was a finalist for the 2016 National Book Award. Among her many other honors are the 2011 National Medal of Arts from President Obama, the 1996 National Humanities Medal from President Clinton (making her the only poet with both national medals) and 25 honorary degrees, including an honorary Doctor of Letters from Arizona State University in 1995. 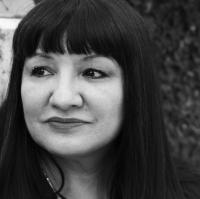 Sandra Cisneros is a poet, short story writer, novelist, essayist, whose work explores the lives of the working-class. Her numerous awards include NEA fellowships in both poetry and fiction, the Texas Medal of the Arts, a MacArthur Fellowship, several honorary doctorates and book awards nationally and internationally, and most recently Chicago’s Fifth Star Award, the PEN Center USA Literary Award and the National Medal of the Arts, awarded to her by President Obama in 2016. The House on Mango Street has sold over five million copies, been translated into over twenty languages, and is required reading in elementary, high school, and universities across the nation. Founder of awards and foundations that serve writers and a dual citizen of the United States and Mexico, Sandra Cisneros earns her living by her pen. 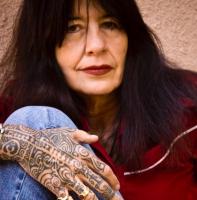 Joy Harjo’s eight books of poetry include Conflict Resolution for Holy Beings, How We Became Human: New and Selected Poems, and She Had Some Horses. Harjo’s memoir Crazy Brave won several awards, including the PEN USA Literary Award for Creative Non-Fiction and the American Book Award. She is the recipient of the 2015 Wallace Stevens Award from the Academy of American Poets for proven mastery in the art of poetry; a Guggenheim Fellowship, the William Carlos Williams Award from the Poetry Society of America, and the United States Artist Fellowship. In 2014 she was inducted into the Oklahoma Hall of Fame. She is Professor of English and American Indian Studies at the University of Illinois at Urbana-Champaign and lives in Tulsa, Oklahoma.