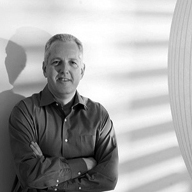 Christopher Jagmin attended the School of Fine Arts at Indiana University, where he studied graphic design and silkscreen printing. After graduating in 1981 with an AB, Christopher Jagmin moved to Austin, Texas. There, he started his career as a graphic designer. Moving up through the ranks at small Design Studios, he moved on to Boston where he continued his career as an award winning Art Director and Creative Director. Opening his own Design and Illustration shop in 1992, his clients included many Fortune 500 companies, children book publishers, and small start-ups located throughout North America.