Melissa Pritchard read from her new novel Palmerino at Mesa Center for the Arts. 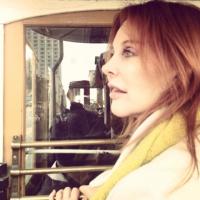 Melissa Pritchard, Professor of English at Arizona State University and author of eight books of fiction and a biography, has received numerous awards, including Flannery O'Connor Award, the Carl Sandburg Literary Award and a grant from the National Endowment for the Arts. Widely published, she has received the O.Henry Prize and Pushcart Prize, twice each, and her non-fiction has appeared in O, The Oprah Magazine, The Wilson Quarterly, the Gettysburg Review, Conjunctions and the Chicago Tribune. An essay on her recent trip down the Omo River in Ethiopia will appear in the July/August issue of ARRIVE, Amtrak's magazine. She is the founder of the Ashton Goodman Fund, the Afghan Women's Writing Project.