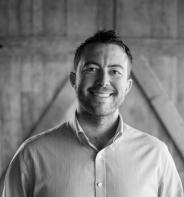 Adam Fout is an addiction / recovery / mental health blogger and a speculative fiction / nonfiction writer in North Texas. He is a graduate of the 2020 Odyssey Writing Workshop and was a finalist in the F(r)iction Spring 2020 Nonfiction Contest. His nonfiction appears or is forthcoming in december, J Journal, The Doctor T. J. Eckleburg Review, Another Chicago Magazine, and Superstition Review. His speculative fiction appears in Pulp Literature and DreamForge.

I want you to know the suffering of the redwood.

Gods that lived thousands of years.
Until we came along.

Do you suppose these giants of the Earth burn each other when one refuses to vote for the
right tree king?

Does a forest daemon bomb the churches of its fellows because their bark is the
wrong color?

Of all the creatures in the world.
Only we could topple the redwoods.
What a wickedness.
To pull a god from the stars.
We are a two-legged virus.
We should not be.

I sit on my expensive gray cloth couch in my two-story, four-bedroom house I cannot afford when my phone rings.

The number is unknown.

I answer, listen to the prerecorded voice, press five to accept the call.

“I think I’m depressed,” comes the voice from the other line.

He is gay, the man I’m speaking to. I have learned over the nine years of my sobriety that this is a strike against him I will never understand, but it is only the first strike.

He is black, and this is the second strike.

He is a drug addict like me, which is why I know him, and this is the third strike.

But none of these compare to the fourth strike, the one that wrenches his life from the world:

He is a pedophile.

This is the worst strike of all.

Do you suppose that he chose to be this way?

On what broken forge was he formed?

I haven’t the luxury to ask.

My job is to help all who call.

My disease does not understand the word ‘no.’

When he told me, shaking and crying over a prison warden’s phone, the truth about what he was and what he had done, every story I had told myself about what I would do to such monsters faded away.

There was only him, this dopefiend I promised to help years before, this man who, just like me, could not stop stuffing drugs into his veins.

And here he was, telling me he’s a living horror, desperate and lost, that he just wants to stop being miserable, stop hurting people, stop getting high.

What could I say?

Do you suppose my disease would let this one slide?

“Well, it’s not just the sentence, man,” he continues, his voice staticky, proud. “This motherfucker was trying to extort me. Make me buy him shoes and shit. Couldn’t let that shit go.”

He is so small. Barely five foot five. I see his hands curled into fists to stop the shaking, see him gulp before he throws punches, praying to his gods that he’ll be strong enough, unexpected enough to protect himself, to keep this man from taking his money, his self esteem, from holding him down in some dark corner and raping him with a shiv against his neck.

How many Americans would revel in this man being raped each day?

How many would call it justice?

“Then he came at me. You would have been proud of your boy though! I had him down one-two-three, smashed his face in,” he says. I wonder if it’s true, or if this is posturing for the men in the room who hear him speak, who wonder if he is prey. “He didn’t even hit me once! Put that motherfucker in the hospital, but then I had to go to solitary for a minute….”

There is a long pause. I wonder if he holds back tears from those rough men, those beasts who would treat him as he would treat children.

Would he treat children this way? Am I helping just another beast?

I am sickened by how proud I am of him for defending himself.

I will have to answer for this, one way or another.

I will have to answer for helping.

I would have to answer for not helping, had that been my choice.

He will get out one day.

Without my support, will he harm a child?

Where does my complicity lie in that?

Is it not harm already, what he has done, the images he downloaded?

There is no room for his kind in the world.

And yet they are everywhere.

I have no choice but to help him if I wish to stay sober.

Would I help him if my life didn’t depend on it?

I don’t want to answer that question.

And so, I help, and I can spit in the faces of those rough gods that gave him his curses and gave me mine.

It makes me think of cows and chickens and sheep, of the horrors we wreck at industrial scale upon species after species, entire races born and bred for our bellies.

I cannot deny that this is what we always were:

The world was filled with balance before us, millions of species living in peace, emerald plants, kaleidoscopes of flowers growing alongside slow-moving beasts that chewed in soft rains, that slept piled together, purrs and sighs the only sounds beneath the night winds. Even the predators were only part of the cycle, even horrors only a piece of a beautiful whole.

We burned their beauty to ash to build crooked houses and asphalt seas. We crafted traps meant only for murder. We shot the powerful buffalo from trains to fill our full bellies with pride. We left bodies rotting in searing sunlight after sniping them from helicopters, their beating blades deafening the little creatures that burrow and fly.

We snapped spines of rats, pink-white bone thrust through punctured fur and flesh, dripping clear fluid and blood on a rusted bar of steel, their claws scraping at cheap wood, the bright-red paint of that beautiful logo gnawed away by teeth that shatter under the immense pressure of a creature trying to free itself. We listened to high-pitched squealing, smelled the shit and piss that covered their broken bodies, felt satisfaction at the crack of our bootheel crushing their skulls, glad that our wires would no longer be chewed, that the annoying sounds in the attic would stop.

And I balk at helping a man.

“We got thirty seconds, man,” I say. “I appreciate the letter you sent. It meant a lot.”

“It meant a lot that you didn’t abandon me,” he says, voice quiet.

Neither of us mentions the fact that I am the only one.

Of all his friends, his people, only I and his parents still speak to him.

They may be dead before he is out.

I see him, sometimes, see him in my dreams. His hair is graying, his back bent, as he shuffles out of barbed-wire gates, glaring white men in khaki uniforms smirking at the lack of life left for him in the world.

He puts his hand in mine. I pull him into an embrace.

His tears wet my cheek.

‹ nonfiction up "Breath is Action" by Eric Tran ›