"AUSCHWITZ IN SMALL DOSES: THE GEORGE FLOYDS OF AFRICA" by Mike Ekunno 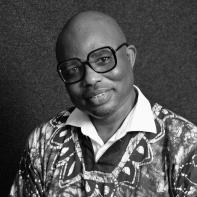 AUSCHWITZ IN SMALL DOSES: THE GEORGE FLOYDS OF AFRICA

The cab driver’s facility with navigating the Old City neighborhood showed a certain familiarity. The alleys were unclogged. Which should bode well. In hindsight, it was a giveaway. In that downtown part of the city, carts and urchins and vagrants and regular folk would normally be angling for rights of way with wares borne on heads, backs and on carriages. From the back seat, I flipped the warrens of street blocks with bloated columns and beams—handiwork of natural architects. Then, suddenly, the cab came to a stop. It was by a clearing where the relentless alleys breathed. I quickly took in the unfolding scene—boys wielding cudgels, machetes, iron rods and cut tree branches. It was a disorganized scene like the brewing of something more full scale and sinister; a seasonal communal angst. They disembarked us—the driver and me. In a fleeting moment, I wondered whether it was all a set-up with the driver virtually surrendering his hunted quarry to his patrons. But a double take showed the driver was also being marched away with me to I know not where.

I was mortified. I was the "other" in that crowd. Merely from looks, my captors already knew it. I picked up the staccato of ‘Nyamiri, ne!’ ‘Nyamiri, ne!!’ identifying me by the pejorative of my ethnic group, the Igbo. My people have been led like sheep to the slaughter ever since the pogrom of 1966 in Northern Nigeria. But in recent years, the killings have become more ‘inclusive’ incorporating minorities from Nigeria’s Middle Belt. I could see the glistening machetes, daggers, improvised sticks and rods. Their wielders were a motley of urchins with rheum in eyes and unwashed bodies. I was being poked randomly as they walked me along. The gang on the cab driver had stopped on the way and he was being interrogated. He wasn’t Igbo and in the pecking order of slaughter candidates, the Igbo occupied the topmost rung. As I saw my gruesome murder in the glistening blades of iron, I tried to remember what could be the origin of the extant mayhem. I was fully self-conscious. My real-life persona would not be in the dark concerning any security alert and would not knowingly breach the jackals’ pack. But I could not recall any latest national or local provocation to have warranted what surrounded me.

I prepared for the worst and steeled my nerves against the steel around me. I couldn’t run for it. This was the middle of enemy territory. A dash would finally give them the excuse—like the times I have had to brave it past a host’s growling dogs. We walked along to where must be their leader’s court all the while being rudely poked here with a stick and there with the tip of a machete. The bystanders gawked me like some circus animal. The pathological dread inside of me was unspeakable. As I walked my final moments on God’s earth, I remembered my young last born. The others would mourn my unfound corpse for a while and move on but Ifechi would not be able to bear it. It was the thought of him that brought my weeping. And then I woke up.

It wasn’t gratitude that immediately gripped me. It was the sorry I felt for my own near death. The tear drops coursing both cheeks were evidence enough that the nightmare was ‘real;’ it wasn’t made up. Then I felt grateful. Grateful that it had all been a dream, a bad dream. Grateful for the fresh gift of life; for the chance to be seen by my boy again and to watch him grow. I flicked on the rechargeable lamp by my bedside and with it I made my way to the switch by the wall to have the room fully lit. I was lucky, electricity had returned while I slept and I was immediately bathed in familiarity—my wardrobe, desk littered the way I know it, the mirror picking up my distraught image. I felt welcomed back to life.

George Floyd’s gruesome murder has woken the world up to the reverse terrorism of the state against the individual. But most killing fields of developing countries are not so much state-sponsored as state-tolerated. How does one explain that in the long bloody history of Nigeria’s continual slaughters, nothing near a commensurate number of convicts exists for the slain? In fact, one would be hard pressed to find any convict from Nigeria’s seasonal slaughters going back to independence in 1960. This is not unlike looking for convicts for the US police’s anti-Black homicides. Which makes the current frenzy with police reforms in the US something of a red herring without a commensurate attention to judicial reforms.

Before George Floyd, my nightmare shared coevality with the state-sponsored murder of Jamal Khashoggi. The temptation to review my experience in the light of his has been irresistible. The creative in me has tried to serenade his last moments from the viral video clip of his stepping onto the threshold of the Saudi embassy building and unto his mortality. I wonder: did he have any premonitions? What moment did it dawn on him that he had walked into a fatal set-up? Who did he feel most sorry for among his beloved who were to be bereaved by his death? How did he take the prospect of his own death when the mission of his butchers became obvious to him? We may never know the answers to these questions now. We may also never know if his spirit has been haunting his killers and making sure they’d “sleep no more.” As for Floyd, his plaintive cry for his late mother shows something about how our memories process bereavement and loss. The dead live in our consciousness.

The killers of Khashoggi and Floyd murdered sleep. The uproarious responses from the rest of the world more than proves that. Cheery as such aftermaths are, they look invidious to the others worldwide who share the possibility or reality of an extra-judicial murder like the duo but not the retributive aftermath. These are the ones who watch their governments preside over unspeakable atrocities in the backyard of their homelands and later hug the klieg lights of civilization at international forums. They use bloodied hands to shake other world leaders who gloss over these atrocities in the name of non-interference in the internal affairs of a sovereign state. In life, no one should pray to die Floyd’s cruel death, but if it comes, it should be some comfort that the world would drag the culprits to justice or justice to them.

Letting killers go scot-free becomes like second deaths for the hapless dead and their relatives. By extension, the victim’s ethnic, religious, or ideological constituency is also being told not in so many words that they are the inconsequential other. Since the dead were killed just for belonging to a particular faith or ethnic group or holding on to a certain ideology, their perceived offense then is corporate. It could very well have been any other member of the group. This corporate victimhood manifests in many ways including nightmares for survivors like the one that foregrounded this piece. Needless to say, one set of unprosecuted killers which melds back into its community and boasts of its exploits incentivizes a successor set which would be out to earn its own bragging rights at ‘the fire next time’. And if the next causal offense takes too long in coming, one is instigated. All this because the chances of the killer ever being prosecuted and convicted simply do not exist. Over time, kill-and-go-free becomes endemic in these regions—Northern Nigeria; Darfur, Sudan; Rakhine State, Myanmar but also in US police departments. We are here not talking of full-blown war zones. We are talking of low intensity but continual massacres with body counts that rival many full-blown wars. Auschwitz in small doses. At least with a war going on you know to avoid the war zone and protect yourself.

Many a national government’s claim to sovereignty consists in securing her borders from external aggression. This they ought to do without neglecting internal insecurity as is the bane of many a developing country. Nigeria’s unfolding genocide has been called out recently by no less a body than Britain’s All-Party Parliamentary Group for International Freedom of Religion or Belief. Some of the reactions to Floyd’s murder from Nigerian social media space have questioned the rationale in condemning US’s racism when the Blackman is being killed by fellow Blacks who go scot-free in Africa. From South Africa’s xenophobia to Nigeria’s low intensity seasonal genocide. Every government becomes complicit in the killings within its territory when the killer is not brought to justice. When one now has to talk about serial killings or ethnic cleansing, it goes from tolerance to instigation by default.

In Nigeria, one of the usual suspects for the seasonal carnage loomed large on the national psyche when I had the nightmare. The presidential election campaigns had been flagged off with politicians poking the nation’s fault lines with brinkmanship’s rods. My nightmare could have been triggered as a psychic recall of its past history of wanton sectarian killings. In the 2019 race, one of the incendiary ingredients, religion, was dampened in the two frontrunner parties whose candidates were both Muslims. At best, this religious monochromaticity only took care of one half of the excuses for violence. The other half that remained, tribe, still looked menacing enough not least because perpetrators are assured in advance that they would go scot-free. At every such election period, settlers leave their abodes in droves to the safety of their ancestral homelands. Even the Nativity doesn’t come close. While the primary costs of such a huge internal migration would be felt in road accidents, burglaries of un-manned shops, and homes and disruption to children’s schooling, the intangible costs are more deep-rooted in the psyche. They include psychoses and nightmares the like of which I woke from.

While the Reverend Al Sharpton spoke powerfully at Floyd’s funeral about US minorities preparing for the next era of agitations against racism and police brutality, in Africa and the rest of the developing world, what should long-oppressed minorities prepare for—more nightmares like mine? How many/much feet on the streets, placards, op-eds, TV airtime, vandalisms, public outcries would it take to shine global lights on the cesspits of extra-judicial murders in the Third World? What if there were no nightmares and all our phobias came to pass without warnings? What if one did not wake up from a nightmare? The relief that a nightmare is just that for now beats its reification while sleep lasts.