"Some Menu Items Not Available" by Gabriela Denise Frank 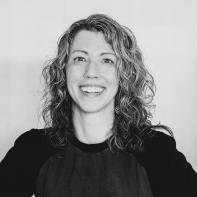 Gabriela Denise Frank is an Italian American literary artist whose formative years were spent in the Southwestern desert. Her essays and short fiction have appeared in True Story, Hunger Mountain, Baltimore Review, Crab Creek Review, The Rumpus, and elsewhere. She is working on her first novel, a work of magical realism that spans from her ancestral homeland of northern Italy to her current home in the Pacific Northwest.

I was seventeen, making out with a twenty-two-year-old co-worker from Mann 8 Theaters. Our shift ended Thursday night at eleven-thirty; we were still necking at 2 a.m. on Friday morning in my breath-fogged Chevy, parked out back of the retail strip center at 51st and Bell.

I should go, M sighed, drowsy-eyed. He had a forty-minute drive to Cave Creek.

I was looking to punish my father so I suggested, for safety’s sake, that M spend the night at my house. We lived in the masterplanned development across the road.

Men don’t know how to be alone, my grandmother explained.

One Sunday, Sandy appeared in our living room with no warning. I was startled to find her, a stranger dressed like Stevie Nicks, her hair in loose auburn waves, handling my mother’s knickknacks like she was casing the joint.

I shuddered at her dirty feet sullying my mother’s beige carpet. Sandy, I would learn, preferred to go barefoot.

Dad slept at her apartment most nights. After work, he stopped at home to pick up clean clothes and to make sure I hadn’t burned our house down, then he drove to Peoria for dinner with Sandy and her teenaged son, Howard. Sandy was a bad cook, her pasta sauce flavorless red water, so I wasn’t missing anything, still it stuck in my craw that Dad suddenly wanted family dinners—with them.

His absence wasn’t all bad. It gave us a break from screaming ugly things at each other. The last time we fought, Dad demanded to know what I thought—what I really thought—about Sandy.

She’s a bitch, I sneered, backing into the elbow of the kitchen counter.

It was the first time he hit me in the face. The thrill of speaking my mind was almost worth it.

As much as I hated him, it bothered me that Dad couldn’t stand to be home, that he picked Sandy, picked sex, over me. There had always been someone between us. When Mom was alive, she was both the insulation and the prize we fought over. This time, I wanted no part of the woman in the middle, and I made my disdain for Sandy excruciatingly clear. Thus, it was a rare night when Dad slept at home.

I had known M for a month. We met in May before my high school graduation, 1992. In August, I was headed to the University of Arizona in Tucson to study molecular and cellular biology; M didn’t know where he’d be assigned next. He wanted to earn money between military tours, so his cousin helped him get the movie theater job. We hit it off immediately.

On shifts together, we debated subjects our co-workers weren’t interested in, like novels and philosophy. The consummate only child, I’d always been drawn to older people. I was the sort that guys called an old soul to ease their conscience. M and I had exchanged a peck or two on breaks, but that night was the first time we made out.

It’s late, I whispered between kisses. You should stay.

What about your dad?

I pulled away to let him think about it, rolling down the window to cool the humid cab. The desert air was clear and crisp, the sky black. I wiped a porthole into the steamy windshield.

M followed my gargantuan white pickup across Bell Road, empty of traffic, into the winding, lamplit streets of Bel-Air, a middle-class maze of cul-de-sacs, gated golf courses, and cookie-cutter stucco homes. He parked his green Prizm on the street and tiptoed behind me up the walk. I turned my key in the tumbler, heart thudding, and prayed my keen-nosed beagle, Sheba, wouldn’t yodel when the front door creaked open.

I felt half-relieved, half-furious to find no one waiting, worrying, wondering why I was coming home after 2 a.m. with a man in tow. I led M by the hand down the hallway past the master bedroom where my father slept. The double doors were shut, the light off.

M used the bathroom first, then it was my turn. An attentive father might distinguish a man’s loud urine stream from my petite tinkle, or he might question why his daughter had, within the space of five minutes, urinated voluminously—twice—but my father didn’t stir. I closed the door to my room, felt my way to the bed, and slipped in next to M who had stripped down to his boxer shorts. Nestled in the crook of his arm, I conjured a cloaking spell over us.

You don’t want to see me? Fine. I’ll test the limits of your blindness. I’ll invite a man to sleep in my bed and you’ll see nothing. You’ll hear nothing. You’ll wake at five-thirty and shower. You’ll make cinnamon toast and coffee in peace and quiet—the way you like it. You’ll write a note telling me to do your laundry, pick up the dog poop in the yard, clean my pigsty of a room. Then you’ll close the front door to go to work, sealing my spell.

Anything could have happened that night.

Dad could’ve come to check on me and discovered us. He could’ve flown into a rage. He could have heard everything and chosen to ignore it. Maybe he slept through the night and never suspected a thing. I’ll never know.

I woke after nine, M’s arm slung over me. I slunk out of bed, crept to the window, and peeked through the slats of the metal blinds. The sky was a hellish bright blue, cloudless, a typical Friday in the Valley of the Sun.

Dad’s Firebird Trans Am was gone from the driveway. My incantation had worked.

M and I washed up in Dad’s bathroom, presumably because his walk-in shower was more spacious than my tub. The truth is, I wanted to spiritually rub my father’s nose in the product of his neglect. While I’d had sex with boys, fumbling in the dark, that morning was my first time seeing a naked man. Correction: that was the first time a man had seen me naked in the light.

M soaped my body and I soaped his, taut and muscular, like Mel Gibson in Lethal Weapon. I ran my hands over the dense curves of his butt, his biceps, his hips. Beneath the spray, M kissed me deeply and pulled me to him, skin-to-skin, and moaned. We kissed and writhed and groped, lathered pink from a leftover bar of Mom’s Dove soap until the water grew tepid, then cold. I swaddled my freckled shoulders in Dad’s oversized towel, awed at the incongruity: make-out showering with a man I had spooned with all night was sexier than any sex I’d had.

A delicious thought occurred: I got away with it.

In the coming months after I turned eighteen, I could and would attempt riskier things. Perhaps M sensed this. Something changed in his eyes.

We drove separately to Taco Bell, three blocks east of the theater. I ordered my favorite, Mexican Pizza, which seemed more grownup than tacos. Spicy meat, melted cheese, fresh chopped tomatoes, and a haystack of iceberg lettuce on two crisp corn shells. My tongue frolicked in the sulfuric bite of the sliced green onions sprinkled on top, the acrid, garlicky finish of sweet. M ordered a combo meal with three crunchy tacos, his blue eyes hooded and blinking against the overhead fluorescents.

We went out once or twice a week after that, but mostly talked—or, I did. I told him about my mother dying of cancer over four years. How I wanted to be a writer. The night Dad punched a hole in the wall next to my head, telling me to lie to the intake nurse about how he hurt his hand. They’ll take you away from me, he warned as we stepped through the sliding doors of emergency care, and I wondered, Isn’t that what we’re both hoping for?

I wasn’t prepared for M to say that he was leaving at the end of July. His unit had been called up. I presumed I’d be the one leaving him.

He brought parting gifts to our last lunch. The silver whistle from his dog tags for when I walked through campus at night. A blank book to use as a journal. A coffee mug (all writers drink coffee) printed with a black-and-white dictionary definition of the word, friend, circled in red as if by a copyeditor who found the entry questionable.

My last Mexican Pizza. Our last hug. Salty and cheesy, both.

At home, I stuffed M’s gifts into a box bound for college. I felt angry and embarrassed when it sunk in, what the mug meant. I kicked myself for failing a test I knew the answer to. He thought I wasn’t mature enough. If I would’ve slept with him, M might’ve stayed.

The mug broke during a move in my thirties. I still carry the whistle in my purse pocket. Mann 8 Theaters closed in the ‘90s; today, the building lays vacant. This past November, Mexican Pizza dropped off Taco Bell’s menu.

I haven’t spoken to my father in over a decade.

Looking back, I’m overwhelmed by the wreckage. Not what crumbled and fell, but what I brought down. There’s rebellious, and there’s destructive. There’s Mexican Pizza, and then there are tacos. Angry punches and bitter charms, things said and done that cannot be taken back—the hairline cracks of patched plaster, her oily footprints marring the carpet—and who’s to say which is worse: the pain my father delivered or the echoed revenge of my silence?

At forty-six, I am grateful for invisibility and blindness, for sketchy spells and secrets held rather than spilled or spent. For truths I’ll never know. For Mom’s last three words whispered only to me in a frigid white hospital room. For that last night when I slept like a child, deep and held, in my own bed after she died.

Looking back, I think M was a friend.