a poem by David Greenspan 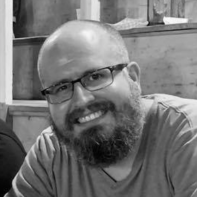 David Greenspan is an MFA candidate at the University of Massachusetts Amherst and serves as a Promotion Editor for Slope Editions. His poems have appeared, or will soon, in places like DIAGRAM, Laurel Review, New South, The Southeast Review, The Sonora Review, and others.

We the dead balk

We clot each other, bandage with fingers. Flutter at a softness of carefully darned socks. Let’s all of us shawl, soft boil eggs, crush thistle. Dig feet into the apologizing remains. Should we set fire to what might burn. An obscure flag, a petrodollar. Describe their texture of smoke. What do we think when we hear sensual. A feeling of hands along other hands, water along filament. How much more can we syllogism. All ash is tactile. Lungs are ash. Therefore lungs are tactile. Blushed over skin to prevent infection. O insect sibling, the possibilities of glancing are legion. Our eyes affordable enough for anyone.

Our oldest friend nicotine. Sugared pinch of leaf with all sorts of incendiary. Braided against dissolving gums. A fresh & vacant space we name mouth, name teething. Afternoons when menthol splays the air, when our bodies husk themselves inappropriate, when even the strays complain. We question a logic of consumption. Bloated chemical edges out argument. Register the beggars, marvel at their fishhook. No more than several members of their family have asked for death. If we twine them, who will hear our assurances, our vague exuberance.

We laugh like rodents wet with puncture wound, like hoarding months of nutritionally dense paste beneath cedar shavings. We cackle & swoon. Remember etymologies. Vowel of someone walking in a rhetoric sharper than our own. Reenactment of knowledge. When were we rats. Before scientists learned mischief, before we learned conventional violence. A buying & selling of socks. Table salt venture, no talcum to be found. Harvest on margin, we squeak, commission an estrangement of air. We will illustrate this failed animal.