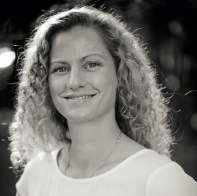 The elk in the crosshairs of a .22 is not enough
to feed us for winter. The needle in my mother’s spine
proclaims another numb hour

followed by a new mouth to feed.
My father, up the bend, she says. Unreachable
by foot or phone. The winter

sky sits atop the mountains
crowding us on all sides. Snow builds
on itself until there are no doors,

no windows. My mother lists
about the room as though drunk.
I push my little brother into the shadows

down the hall. The dog barks at a deer
passing beneath the living room
windows. It seems the stars never leave

at this time of year, but merely break
for lunch. An unspoken promise. I will be back
before you know it, my father had said. His back

under the streetlights at 4am, my eyes
framing him there. False
memory? A neighbour’s dog later tore

the guts out of our dog. Left her
to die on the carport floor. Before
that neighbour took me to the woods

& asked me to strip for him. Before
I turned ten. Before the woods
became thick with bear traps. Before

we became that blue horizon. Elk in the deep
freeze, my father in the morgue. And winter,
abundant. Unerring in its beauty.

On Anxiety About the Future

Who can stand the commas now,
their careful bodies

half-alive inside the shadows
of animal after animal.

And who let the horses’ manes fall
to touch the ground. Defiled:

the sun that fell through the morning
sky to end up in the sunroom,

smoking. What is the purpose
of sound. The ice, shifting. The creak

of augury. The light that fells
the hours. What hours will stay

away from the doors & windows
when they hurt. Who will know pain

by falling out of a wind
-shield into the grave

river. Who will be recovered.
Who will recover the sound

of what is missing. When, on trial
is the snow. The mold. The trees,

waiting to burn with delight.
Who will ask to burn, but not steadily.

To burden the surface of water.
The lakebed, solace. The snow,

a command. What is the use
of one full life. Whereby, happiness is

the pond in which no one has
drowned. A reckoning.

Where in the child is the room
for a defense. The harbor

in the wish. The gasp of doors. Whomever
the light has hurt. The sound,

‹ poetry up a poem by David Greenspan ›