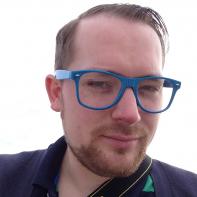 Fabian Freese was born in 1982 in Wuppertal and lives in Germany. He spent a big part of his childhood in nature playing with wood and water, and this influenced his sense of beauty and aesthetics. As a teenager he got some experience by doing Graffiti. Today he works with Time Exposure Photography to created his Lightpaintings with LED lights. Freese studied visual Arts at the Freie Akademie der bildenden Künste (fadbk) in Germany from 2006-2011 when he got this degree. Since 2011, his works were exhibited in countries across Europe, America, and Asia.

Fabian Freese's Website
‹ "In Connemara," by Bridget Burke up "A Photographic Survey of the American Yard," by Joshua White ›