"Confessions of a Scrapper," by Nicholas Larche 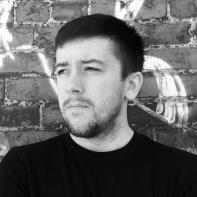 Nicholas Larche is a Juris Doctor Candidate at the University of Detroit Mercy School of Law. While native to Rochester, New York and a current resident of the greater Detroit metropolitan area, Larche has set his eyes westward and will be relocating to Colorado this May. An adept researcher, Larche has recently accepted an offer for publication with the Seton Hall Legislative Journal for his work involving an interstate comparison of sex trafficking laws. His poetry and fiction has been published or is forthcoming in The Literary Hatchet, From the Depths, Penny Ante Feud, and Drunk Monkeys.

Confessions of a Scrapper

Hacksaw, bolt cutters, and my bare hands. Scrapper. Fuck, I am an artist.

Broken windows theory? This whole neighborhood has been broken.

On a good day, I make my rent for the month, feed my kids for the week. On a bad day, well, I’m Joe Layoff—I hang my head like the rest of ‘em, tell her it’ll be better tomorrow.

I haul it out, throw it out, push it out, pull it out—whatever it takes to get to the trailer-hitch.

The real money is in warehouses. Most don’t go for actual houses; they tap out too quick. Don’t get me wrong, there’re plenty of warehouses, but there’re also plenty of scrappers.

I’m not one of those people who steal fuckin’ manhole covers. Shit’s dangerous. Plus, you’ve gotta bring ‘em to the right yard—otherwise they’ll call Petey.

Best time to do it? Well. It’s a hustle; you gotta be smart. Most who do this get their payments first week of the month, so there’s less competition then. Time of day—really depends on the mark.

Dangerous? There’re times. Heard a house fell down on one unlucky son-of-a-bitch. Guess I’ve been lucky. I pick my mark; others pick theirs.

There was this one time. Back up. This city has dogs like a motherfucker. They’re everywhere. It’s the wild, man—they group. Well, anyways. Two story, red brick. The boards? Forget ‘em, they’re nothin’. I make my way in and there are two of the biggest fuckn’ dogs I’ve seen in my whole goddamn life. Ferocious. Teeth—cutthroat. I don’t run, but I did that day. No choice. Eat or be eaten and, well, they looked ravenous. I wasn’t stickin’ around. Fuck. That.

Future? That’s a question. I don’t know. You know, I’ve tried. I’ve gotta prefix courtesy of MDOC. Twenty-something percent unemployment; I’m not exactly a top candidate. Plus, I don’t have a paper. End. Of. Story.

I can’t even get a job mannin’ a parking lot. A fuckn’ parking lot, in the city built on cars.

My cousin lives in the Bronx. He said they got programs and what not. But they make you do some career counseling shit. He says there’re padded walls. You sit there twenty hours a week like a loon. He can’t get half the shit he needs to get done to get his kids back with ‘em because he’s stuck there all goddamn day. They don’t even have enough...Forget it. They don’t care. They don’t understand.

Did you say tweakers? No, man. I haven’t had any problems with ‘em. Most the time, you’re invisible. But hell, I’ve met plenty that’re cordial. They’re people too. We all got problems.

I understand where some of ‘em are comin’ from. Some may feel just as down n’ out as me. But, you know, I can’t give ‘em deference. Shit, I never got deference. You have to put it out of your mind.

I remember one house I was workin’ on—call it a weekend project. Well, before I could clock in the next day, there was a note nailed to the door. “Better luck next time. FUCK YOU.” Property values. Economy. That same story, just more hateful. No one would want to read the rest of those words much less think ‘em. Looks like the owner came back—which they rarely do – and cleared up what hadn’t already been cleared out.

What would I say to them? …. How could I explain it? The ones who apply those labels don’t know what it’s like to be me. The way I see it, I either tear apart the city or I tear apart my family. They’re all I got.

‹ "Brain Freeze," by Michelle Brafman up "The Elder Brother," by Vic Sizemore ›