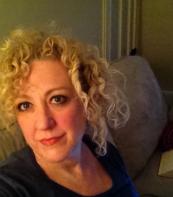 Provincetown, Truro, Wellfleet, Eastham. Three towns up the Cape was Henry Beston’s house on Eastham Beach where he went to spend two weeks in September 1926. My grandmother’s sister’s family had a house near his, in Nauset. I remember one visit there, the coldest ocean even in summer. Ever after, Nauset synonymous with cold. Their little gray shingled house that a storm took one year. Maybe the same blizzard of 1978 that took Henry Beston’s house into the sea. I remember being so surprised that a home could be taken by the sea. Just disappear. The place where you lived year after year, rooms full of your life, and then lashing violence, and nothing left but sand. As if you’d never owned a thing. But in 1926, Beston’s two-room house was only a year old, a summer place, he’d thought. Or for a winter holiday if he could get away. “The fortnight ending, I lingered on, and as the year lengthened into autumn, the beauty and mystery of this earth and outer sea so possessed and held me that I could not go.” My September ended too. November now, and I’m still held here. Just before I realized I could not go, Larry befriended me.

When I walk down Commercial to the library or post office, I stop at Larry’s antique store. Today, he told me that Agnes Martin, the abstract expressionist, was a real stone woman. How if Agnes was in turmoil, chaos, she’d just go still. She believed in being solitary, he said. No partner, friends, or pets. He met her in Taos at a taco shack. It made sense to me, that whirling down into yourself. A little trance. But Larry said no, it wasn’t like that. Agnes could become catatonic. She’d turn to stone. Rigid, stuck in there. Once it happened on a ship at sea, and when they docked in Bombay, she had to be hospitalized for a month. A stupor. The day before, walking down Bradford Street just before noon, I’d felt like I was in a dream. Houses on the street so old and familiar, the longed-for architecture of my childhood. And further back, as if time was widening around me, arches opening. Michael used to say, I’m not where my feet are. As if he hadn’t caught up with his body. Later, I’d stopped by Larry’s shop. I’m not getting anything done here, he’d said. So, we decided to go to his studio over the post office.

I said, Maybe I’m in a dream. It was still light, but now dark came earlier and cold. The next day, I heard there had been a few snow flurries. We’d parked in a lot behind Masonic Place, and walked by the A-House where in the 1800s, the stage coach stopped from out of town. No, you’re not dreaming, Larry said.

You don’t really know me that well, he said, and showed me his baby book recently given to him by his mother. The book lay flat under shelves of black binders. A necklace of flowers on a plain yellow cover. On the inside, she’d written: Dear Baby, you are so loved. In the loopy handwriting of a mother-girl, she writes several messages, all Dear Baby. I’ve never seen anything like it in a baby book – writing to the baby. After a few pages, the entries peter out. Maybe she got tired, Larry says. The blankness saddening, but then, three lines on one page. The final in a lighter ink. What does it say? There’s a date in October.

“First laugh out loud.” I’ve never read that before, Larry said, and we laughed. Paintings hung on the walls around us. The Provincetown Tower I’d climbed as a child was out the window to my right. Nana had brought us there on rainy days in summer. I saw that picture of you with your son, Larry said. You were in the hospital, holding him.

No, I said, there is no picture of us in the hospital.

Yes, he said. You were thin. The nurse gave him to you.

Yes, I said. It happened. That was true in life. But no one else was there. Just me and Tommy.

You were smiling really big, Larry said. Even though there was no picture, I liked that Larry saw me smiling. Tommy in my arms, so he was all I saw. Of course I smiled.

But no one took a photograph, I said. No one saw. There’s only one picture of us together, when he was four days old. We were in my parents’ home, and I wore a pink dress with lots of darker flowers. A dress of tiny flowers, like Ophelia in the river, but pinks and reds. Our last day together.

No, he said. You were in the hospital, the nurse gave him to you.

Yes, I said. That happened. No one else was there.

I saw you. We sat at a table under the window. Maybe it was a dream, Larry said.

Agnes told Larry that all her paintings were about happiness. In one painting with yellow, she’d been thinking about a girl from childhood who was the Buttercup Fairy. When I watched Agnes speak in an interview, I thought she said that if we just sit quietly, the feeling that comes is happiness, transcendence. That our happiness is abstract, more than the world. She said, Their lives are broader than they think.

‹ "Apron And Shawl And Housedress" by John Michael Flynn up "The Lady, The Tiger" by Rebecca Meacham ›