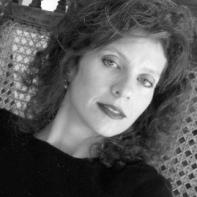 It seemed I’d died for a long time. Believing the conclusion to be just. I was not empowered by accomplishment’s latitude, and remained irreverent to tertiary claims of the haphazard swarm beneath the mind’s surface. A liquid archive. They were like voices sounding on a distant radiogram. A faceless cavernous whelm. They were the pursuit of smallness. Dead again I may wish to know the dead. I fingered the snow’s crust. O, I believed my body would never berate me the way my mind would. I lay down. The weight of animal landscapes reeled as appetites imaginings fell away from the body. Sun guided, galactic stars chauffeured me across firmament. Yes, dead again, I knew the dead. Like a lover’s outline as he turns his back. When would I return a true person, rather than a branch scraping at the window. The sky’s calcification is a cautious glass. It thins and hardens.

What we knew of the beginning—it was
not like dying-- later
we learn the voices we called against glass, names
speed in pines, justified

the wind. But it was always. Only
body. Telling you of a place. A shared secret
the lungs buried. Winter's sullied praxis.

Your body studied death and named you data keeper. We recite
your mouth beyond voice, words
falling full of augends and remainders. You loved
the body’s tremble, now
its slow infinity is a page
laid open in the linden leaves. Funerary,
a blurred photograph’s sun-muted patterns in water.

We gathered your hair in kisses.

Along the chaparral              a darkness
you define I cannot follow. You give yourself over
to ascension.

The afternoon slips the mind as the hemlock expresses music,
a violet impress—earth against skin.

Sworn away from the valley, the science death inhabits
is a vibrational field             accessible as ghost.

In dreams the undercurrent of lupine is the soul’s consciousness.

New lakes were mapped, ships swayed in the detailed vision. There is no sound.
You go on without calculation for the beginning.

We drew pinstripes up your body's plane, studied
the small shape of a dark room
filled with flowering iris. I suppose
this is where the body's warmth is kept.