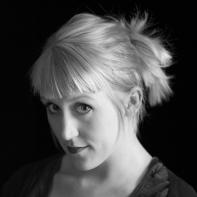 Rachael Banks is a Louisville, KY native who resides in north Texas while pursuing her MFA degree in photography at Texas Woman's University. She received her Bachelor of Arts degree in photography and painting at Bellarmine University in Louisville, KY. Rachael Banks has been working in self-portraiture since 2008 and focuses on notions of memory, identity, and self-perception. Her work has been shown locally, regionally, and nationally.