A Poem by Joanne Diaz 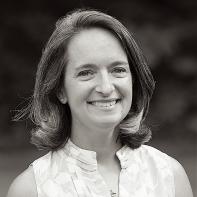 Joanne Diaz is the author of two poetry collections,The Lessons and My Favorite Tyrants. She is the recipient of fellowships from the Illinois Arts Council and the National Endowment for the Arts. Her recent poems have been published in American Poetry Review, Colorado Review, New England Review, Poetry, River Styx, and Waxwing. She is the Isaac Funk Endowed Professor of English at Illinois Wesleyan University. She is also the co-host of the Poetry for All podcast. Photo Credit: Jason Reblando

If we aren’t careful, an entire generation, or more, will grow up not knowing slavery or
the Holocaust happened...

On May 10, 1933,
40,000 professors and students
organized book burnings
in Berlin—Walter Benjamin’s
birthplace—and thirty-three
other German cities.
Participants swore an oath
against the perversion
of non-German thought.
Joseph Goebbels stood
at the podium in Opera Square
and declared: the era of extreme
Jewish intellectualism is now at an end...
you do well in this midnight hour
to commit to the flames the evil spirit
of the past. Hundreds of thousands
of books burned in the pyres—
including some by Brecht,
Freud, Einstein, and Benjamin.

For months leading up
to the book burnings,
radio announcers
and magazine editors
catalogued what needed
to be cleansed:

In the artist’s studio
I trace my fingers
along the serrated edge
of the burned books.
The largest one—the one
she burned last night
in the communal fireplace—
curls into itself like a wave
of wintry matter,
or perhaps a ruined animal
trying to protect itself.
She titled the piece
Last Night’s Board
of Education Meeting,
McMinn County, TN.

It is the oldest technology
we know; it requires
no other machine; it takes
what grows from the earth
and sends it into the glittering air
in a kind of sublime divination.
Burning can seem sacred,
a way to expiate so much
bitterness, so much poison.
It provides an illusion
of finality, of being finished
with consciousness,
with the struggles of the imagination,
with the stirring of memory
and instances of being wrong.
That energy coming
from the fire—it’s there,
always there, an answer
so brilliant in its simplicity
that one might want
to possess it as one
possesses a kind of magic.

Those who recall the public place
and blazing fires
remember not the heat,
but the sound: the depth
in the voices, even in young men;
the shouting into the flames,
the crash of one box of books,
and then another, at first
insisting on their shape
and then surrendering
to what brightened
and then consumed them.

[Note: This poem draws upon several sources. Roxane Gay’s quote comes from her Twitter feed from February 2022; Goebbel’s quote comes from David Weinstein and Avihu Zakai’s Jewish Exiles and European Thought in the Shadow of the Third Reich (Cambridge UP, 2017), “Last Night’s Board of Education Meeting, McMinn County, TN” was created by artist Amanda Love; and the list that begins with “degenerate sculptures” is found material from Facts in Review, a Nazi propaganda magazine that was sent to American subscribers between 1939-1941. The collage following the poem features a film still from the Berlin book burning of 1933.]