"The Dirt Beneath the Concrete" by Gage Saylor 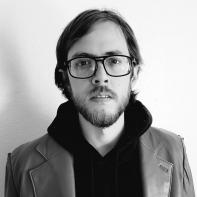 Gage Saylor was raised in South Carolina. His work has appeared in Passages North, Moon City Review, Necessary Fiction, and elsewhere. He received his M.F.A. at McNeese State University where he was awarded the Ada C. Vincent Scholarship, the Robert Olen Butler Award for Fiction, and the Paul-Avee Prize. He is currently pursuing a Ph.D. in Fiction at Oklahoma State University.

The Dirt Beneath the Concrete

I adopted a highway. In boyhood, it was a lonely doglegged access road I often traveled with my father. Now it’s a four-lane highway, the access road built over to expose this strip of Lowcountry, the coastal waters of South Carolina, to Ohioans in minivans with roof racks and decals of stick figure families. Every week, I park on the grass median at my adopted mile with contractor bags and a trash poker. I find the expected: broken bottles, crumpled fast food wrappers, cigarette butts. I find the unexpected: doll parts, grocery store paperbacks, small appliances, wigs. Laid over youthful memories, the land is unrecognizable, the trees leveled for the road’s expansion, billboards erected for beachside resorts and state colleges, the ground raised, pitched, to offset rainfall and combat low sea level.

This road was once called Leg O’Mutton. Throughout middle school and most of high school, I attended a circle of tin coffin schoolhouses at a gravel pit near the end of it, five miles from my proud stretch. Somewhere down this highway, beneath the slick, newly paved asphalt and bright yellow lines, I learned all I needed about being a man.

Life was knowable in youth, hard-defined, and though I was often corrected by the wisdom of my father, his answers only sharpened my understanding of the world around me. Like the neighbor bitten by a water moccasin while walking near the creek. Seeing that blue, nerve-damaged hand of his, I wanted a poisonous snake for my bedroom terrarium. So, in the rocky shallows of that same creek, I captured a baby water moccasin in a pretzel tub. That night, my father was livid, the snake in the wood chips slithering. He told me the newly hatched were the most dangerous, incapable of controlling their venom. The young do not yet know the damage they can cause.

I may sound backwoods, even dumb for sharing this, but everyone believed Leg O’Mutton was cursed back then. While it is hard to imagine, looking over this highway with cars buzzing electric from upstate New York and Vermont, drones occasionally ambling overhead, modernity has not paved over my ghosts.

Once a year there’d be a fatal accident at the bend, where my mile is now. An old woman would lose sight of the road from a flash of headlights splitting through the trees. A high school dropout would round the corner too fast on a motorcycle. A deer, or maybe a person, would be walking by the roadside after midnight.

Always, always, these accidents ended at the same live oak tree—set back, it was the first thing you saw at the bend or the last thing at the end of the straightaway. Whoever paved the road considered it easier to work around the tree than to level it, the reason for that dogleg. Older than anyone in town, the live oak had a gravity that drew cars to its trunk. Several ribbons were looped around the tree and a smattering of crosses sat angled at its roots, a silver spray-painted bike leaned against it. No matter what the town did—decorate the tree with reflectors, install a guardrail, plant “Warning: Sharp Curve Ahead” signs—the result was the same. Over time, the tree was loaded with scraps of metal and headlight glass, pocked with dents that revealed the soft, light wood beneath the bark.

Rumor was, from friends of friends, it took three chainsaws to fell the live oak and make room for the billboard scaffolding. The tree’s last victim was an aggrieved contractor, who, in the smoke, the kickback, the whip of the chainsaw’s busted chain, lost his arm from the elbow down. I often pace the spot where I believe the live oak was, at the edge of my mile, the dividing line apparent by the piling litter on the orphan mile beside mine. The bend is gone now, this strip of road a straightaway.

For months, I have waited to find roadkill on my highway, expecting animals to sense this mile is a tribute to my father. He worked sanitation, thirty-plus years, and he traveled all through the county with a snow shovel. The armadillos, possums, skunks, deer, escaped house pets—one must be a descendant of an animal my father scraped off the roadside with such reverence. They should know this is a good place to die. Not once did my father take a vacation or sick day, on the principle that if you didn’t work, you shouldn’t be paid. When forced into retirement, he’d racked over a year’s worth of those days. Rather than sit in the trailer and collect checks, he watched over the county like the job was still his. It’s possible the animals know I’m going against his wishes, that when he said never again to drive down Leg O’Mutton, I should’ve listened. Live oak gone, the curse must be lifted. Nothing else will die here.

Summer before junior year, my father was called to a back road near unincorporated woodlands. There was a tire-stamped deer split down the middle, and the stink of summer had begun to cook the intestines on the asphalt, a thousand flies on late lunch. Normally he brought deer to an oldtimer who paid by the pound and flipped the meat as venison jerky. Not this one. A hundred and three that day, a solid hour to the incinerator and another thirty to chop the deer into small enough pieces to fit inside the chamber, he decided to bury it. He wrapped the deer in a tarp and dragged it a hundred yards into the woods.

While digging, my father caught a familiar smell, heard a gentle pumping in the near distance. He followed the scent, the sound, and when he saw a corroded and overturned propane tank, he went to the truck for his pistol. It was better to find than to be found, he thought, and with his subdued, almost regretful curiosity, he headed back toward the disturbance.

As expected, my father found whiskey stills at work, a light smoke dissipating overhead, two moonshiners asleep against tree trunks. They were shirtless old men with leather skin, panting in half-sleep from the midday heat. My father stomped a branch and stirred the men, spooked them with his pistol. “I’m with the state but don’t mean no harm,” he said. From there, he bargained for a push further into the woods, a few mason jars, no report needed. “My memory’s already fading,” he told them with a slight bow, the jars nestled in the crook of his arm. If he were alive today, my father would say this was back when you could take a man at his word.

Until later that evening, I’d never seen my father drink. He went out and drank now and again, but never kept alcohol at home. See, his father was from outside Owensboro, Kentucky, worked his whole life in a distillery and came home every night reeking of mash. That’s another thing my father might say, that this was a time when a man held a job for life. My grandfather took advantage because he smelled drunk whether he was or he wasn’t, so he usually was.

These jars made my father nostalgic, and he thought of the time he first drank with his father, at the age I was then, sixteen. Gramps took my father to the barley fields, and in the twilight, the yellow gold of the swaying barley stalks blurred into a flowing mane. No barley near us, my father took me to a beach, one located off a dirt road near the end of Leg O’Mutton. It was a spot of creek that caught the driftwood floating through the marshes, branches and tree trunks that snagged in low tides and were gently pushed to shore. The beach was a graveyard of white sunbleached wood, jutting narrow branches like feeble bones. He told me then about that first time with his father. He offered the occasional nip at the moonshine. It warmed my cheeks, and I’ll never forget the drops of sea breeze that cooled me, humidity fought off in the early evening.

It was midnight. My father handed over the keys, too drunk to drive. I was scared to tell him I was drunk too. Uneasily, I got behind the wheel. No one would be on the road, I told myself, I could make it.

There was a calm between us, the windows down, each of us with an arm tapping along to some bluegrass song on the radio. We drove down Leg O’Mutton and the night was moonless, too dark to see beyond what was directly ahead, the dense line of trees swallowing up the headlights. I felt a sudden thump against the grill, and then it tumbled up against the windshield. I tried to brake and veered, rammed frontwise into the live oak, tossing whatever I’d hit against the trunk. The seatbelt caught my chest, but the impact thrust me forward, and I clocked my head against the steering wheel.

I woke flat on the bench seat to the sight of my father. Shirtless and sweat-drenched, he nestled his crumpled t-shirt at my feet. “You okay?” he asked.

I wasn’t but nodded.

“Now lie back down.”

I obeyed for a short while, but the cabin reeked of moonshine. It felt hot, sticky on my clothes, my skin. Faintly, I heard digging. The windshield had caved and spiderwebbed into the mold of a torso. I needed to be certain, so I checked my extremities digit by digit, and I tried to move. Glass crunched beneath me. I sat upright, my head with a drunken sway that tested my balance. I leaned out of the passenger window.

My father was behind the treeline, on the opposite side of the road. He was covering a hole with dirt. I went to discover what had happened, what I’d hit, and I came within twenty feet, limping toward my father. But when he noticed me, he shouted to go back to the truck, just as he was leveling the ground with the flat of his shovel. So I did. I went back to the truck.

Later, he told me it was a deer, a buck. “A six-pointer,” he insisted. The next time I brought it up, he said, “Whatever it was, it don’t matter anymore.” He died several years ago when construction began on this road.

Sometimes, if my highway is empty, I pace and try to imagine where my father dug that grave. I am not sure of the spot, and not knowing has ruined me. I gaze out over the grass median, the rumble strip, the perch of the billboard, desperate for a landmark. Tending to this mile would eventually reveal that night to me, I thought. But if not for the dirt beneath the concrete, this mile could be any in America, no trace of my boyhood to be found. I must know what my father was willing to do.

Tonight, I am taking a jackhammer to this highway.