"For Thirty-Nine Years" by Donna Talarico 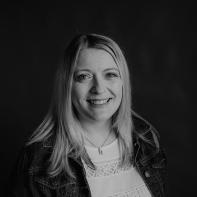 Donna Talarico runs an independent content agency focused on higher education, and she is the founder/publisher of Hippocampus Magazine and Books and its annual conference, HippoCamp. Donna has more than two decades of experience in marketing communications, writing, and media, and about half of that time has been in higher education. She writes an adult learner marketing column for Wiley and has contributed to The Writer, LA Review, Wanderlust Journal, Games, Guardian Higher Education Network, mental_floss, various alumni magazines, and other trade, commercial, and literary publications. She lives in Lancaster, Pennsylvania.

I notice it first on Route 222, and then the Pennsylvania turnpike: my weekly 90-minute drive to Rosemont College, where I teach a business of publishing class.

I notice that every time I encounter an overpass, I duck slightly. As if being hunched down in my driver’s seat would save me from the bridge crashing down. Milliseconds later, free of a road above me, I feel relieved. And I repeat this exercise a dozen times:

I’m driving the speed limit. My hands are at ten and two. I never text and drive. Sometimes I let myself get lost instead of reconfiguring the GPS. I’m as careful as ever.

Aaron is the oldest of six brothers. The boys, as we called them. My cousins.

Theresa is my age. My mom’s little sister. My aunt.

My mother, grandmother, and aunt Joan were pregnant at the same time: Aaron was born in May ’77, Theresa in September, then me in July ’78. A month later, Joan had her second baby boy, Zack.

The four of us grew up together, played nicely together, until those moments when Theresa got bossy and acted like she was one of the adults. Our elder, she’d say. But when we’d start a game of Life or Monopoly, she wanted to be with us again.

We grow up. We scatter. The boys spend the rest of their childhood in Oklahoma.

Theresa and I aren’t as close as we used to be. There’s no one reason.

I don’t have the full story. Aaron had been living and building ships in Tuckahoe, New Jersey, for several years. Got the job through our mothers’ cousin. The youngest of the boys, Michael, looked up to Aaron and followed him east.

I don’t have the full story, but Aaron felt sick. He never went to the doctor. He let things go. He got cold. So cold.

A few weeks after we bury him at sea, my contributor copies of Games World of Puzzles Magazine arrive in the mail. Chills: Aaron’s in there. I interviewed him for a feature story on house rules: about the origin of our family’s made-up Monopoly bonus: Snake Eyes.

“I hadn’t thought about that in years!” he told me before that phone call concluded. “Man. This brings back memories.”

I don’t know the full story. I helped my twin aunt and uncle clean out Therea’s house after it was condemned, after her husband and three children left, after she was admitted. Watching hoarders on TV is absent of one major factor: the smell.

I don’t know the full story, but the day before Theresa’s birthday I was surrounded by beeps and bursts of air in a dimly lit hospital room. I didn’t know if she could hear me through her coma, but I told her that, despite growing apart, we were an important part of each other’s lives. That the childhood years were good, and that we got through hard times together. Machines were helping her breathe, but for a moment, I thought I heard a deeper sigh.

I could feel it: It was my roommate. My companion on walks. A passenger in my car.

On one drive I became hyper-aware of my long necklace—the one with colorful-but-fake gemstones. I pictured myself in a head-on collision, the necklace chain strangling me like piano wire, digging into my skin so deep it decapitates me.

I took off the necklace, tossed it on the passenger seat next to my overpriced, rest-stop Burger King dinner.

But there’s a house plant: the peace lily my friends Karen, Lindsey, and Jen had delivered to the funeral home for Mom’s memorial service. I’ve kept it alive all this time.

Kevin and I joke that we could decorate the plant.

And then we decorate the plant.

I cut Christmas tree ball shapes out of white Staples-brand copy paper, colored them with various Crayola shades, and I wrote “Mom” on the first one. Then, I construct an “ornament” for:

Aaron and Theresa hadn’t yet earned their ornament yet. Still, too many decorations.

Now, I create, color, and hang more ornaments on the peace lily Christmas tree that lives in my head.

I’m extra careful walking down the stairs. Tony’s childhood friend Mike tripped over a toy or a shoe and fell down a full flight. He could no longer feel anything from the neck down. Lately, every time I walk down the stairs, I think about Mike. And I’m paralyzed by fear.

I cut my food into little pieces like a mom prepares a bunless hotdog for a toddler. Everything is a choking hazard.

Every time I type the word “there” on Facebook, it auto-suggests that I tag “Theresa.”

It’s mid-July, 2018, and I’m in St. Louis for a conference. I’m learning things and having fun. I drink grape Fitz soda. Eat barbecued things. Watch friends sing karaoke on the final night. When I wake up, the world and last night are fuzzy. I scroll through my photos and see that I clearly had fun. An escape.

We hit turbulence. The man in the middle seat lets me hold his hand. I’m trembling. I’m not making it to 40.

I make it to Baltimore, into Kevin’s arms, into our car. There’s still a 90-minute ride home to Lancaster. I’m not making it to 40.

This highway is more frightening than the sky; it’s dark, and tractor-trailers whiz by. I hold the Oh My God bar whenever Kevin goes over 65 and duck at each overpass.

I relax when we parallel park on Walnut Street.