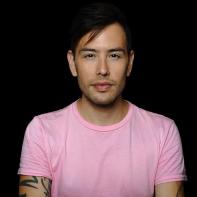 This interview was conducted via e-mail by Interview Editor Natalie Cortez. Of the process, she said, “Tommy Pico’s poetry collection Junk is remarkable, and as demonstrated in this interview, he approaches his writing with a modern perspective and professionalism. It was a true pleasure to have had the opportunity to interview Tommy Pico.” In this interview, Pico discusses his commitment to authentic reflection, the writing process, and embracing surprise.

Superstition Review: What is your process for organizing your poems into collections?

Tommy Pico: They aren’t poems that comprise a collection really. I write book-length poems, and it changes with each book. IRL I wanted to compose as if it were the world’s longest text message. With Nature Poem I thought of each page like a transparency stacked atop each other, to create a sort of topography. Junk was organized into ten couplets on a page, each couplet 4.5 inches long to resemble a junk drawer: something made of very distinct objects that creates one, indistinct mass. The idea was you could pick moments out of it, like in a junk drawer, but as you turn the pages if you’re not careful you’ll lose it. Feed is organized at times like a news feed, but also approximates the manicured microclimates of the High Line park in New York where all these differently textured plants are sown to live alongside each other.

SR: What is most important to you when titling your work? What elements in your poems do you try to capture in the title? How does that extend to naming a collection?

TP: The title has to be doing at least three things. It’s got to be active, be able to be read at least a couple different ways, it has to give you a hint of what to expect thematically or whatever in the book, and there has to be some kind of hook in humor. Like Junk—homage, accumulation, and dicks!

SR: You have a very active reading schedule. Could you discuss what you enjoy most about sharing your work with an audience?

TP: Writing sucks. It’s horrible, stupid, and disgusting. Reading out loud in front of people is the only place I get a semblance of joy or fun or a record of communication. I just enjoy it. I love bellowing, shouting, letting my voice go free. It also makes me attendant to my feelings in a way that I might not be day to day. The point is to conjure strong feelings and display them in all their crappy glory. It also just feels so. Good. To. Shout!

SR: With the release date of your latest book Feed quickly approaching is there any insight you’re able to share on what readers can expect or how it’ll differ from previous collections?

TP: It’s older and more wise, no less weird but I think a lot less naive. I think it’s giving naïveté the ol reach around, as if there’s a way to hold onto hope in spite of reality, while looking at the world in all its detail and saturations. There’s a sweetness to it, a self-acceptance I think, something that has taken the mess of the world and curated it into a garden that looks wild but is actually meticulously ordered. I mean, not only did I pay attention to the words that broke a line, but words that broke a page as it goes recto/verso.

SR: In Junk, a favorite line of mine mentions the song “Control” by Janet Jackson being “one of the greatest songs in the nation.” How did Janet Jackson become so influential in your work? What symbolism does she hold?

TP: Janet is…she was the first thing I ever wanted to “be.” It seems like she comes out with an album or new music or whatever at very pivotal points in my life, so listening to her on shuffle is a little bit like playing back moments of my life. I saw her in concert for the first time on her tour last year and I screamed so much I lost my voice. Like, my voice is a special precious resource to me. It’s my mutant power. I’ve never lost it before. So when I woke up the next morning completely unable to say anything or even grunt or hum? I was like damn… but if my voice had to go somewhere, I’m glad Janet is the one who took it.

SR: In Junk, the line “How dare you tether me to lines I wrote in like 2009” references the feelings you have towards older works you’ve published. How has your writing process changed from 2009 to now?

TP: I’ve successfully gotten used to the idea that everything I write is crap, but crap that I can eventually mold into. You know what? No, full stop. I’m not doing a fecal metaphor. I’ve gotten better at accepting that writing is a process. When I was a younger writer I thought eventually I would get to a point where I wouldn’t be making juvenile work anymore. But that’s so wrong! It always starts out bad (for me anyway). Expecting some kind of virtuosity in writing rough drafts was so inhibiting! But like I said, I’ve gotten more used to the process. Write yr shitty rough draft, you snacky loser!

SR: Can you discuss the challenges that come with embracing abjection and turning negatively connotative words such as “Junk” to represent something more positive?

TP: This is going to sound like the corniest shit, but I actually do think everything has a beauty to it. I think I’m just generally more suspicious of the things “society” deems “beautiful,” and I like to go spelunking. I like a challenge. I like to be surprised, and in that way I hope something is surprising to the reader.