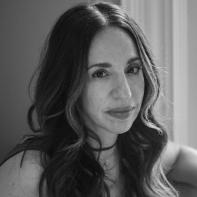 Susan Steinberg is the author of the short story collections Hydroplane, The End of Free Love, and Spectacle. Her first novel Machine: A Novel was released August 20, 2019. She holds a B.F.A. in Painting from Maryland Institute College of Art and an M.F.A. in English from the University of Massachusetts Amherst. She teaches English at the University of San Francisco.

“Open and Unresolved,” an interview with Susan Steinberg

This interview was conducted via e-mail with Interview Editor Alex Tallant. Of the process, she says, “Machine is a different kind of novel than I’ve ever encountered, and getting to discuss it with Susan Steinberg and see what her process was like and what inspired it was truly insightful, and gave me a deeper understanding of the story she wanted to tell.” In this interview Susan Steinberg talks about creating her first novel, keeping a story unresolved, and the role of punctuation.

Superstition Review: Machine is the first novel that you’ve published. How did the process of writing and publishing a novel compare to your previous story collections?

Susan Steinberg: The writing process was similar for each, but the editing was different in many ways. I initially meant for the project to be a collection of linked stories, so I did what I always do, which is to write until a story starts to take shape. Then I do that several more times until I’m working on six or seven pieces simultaneously. When it was time to commit to making the book a novel (see next answer), I had to address a lot of issues that were new to me. I had to compress time and place and the number of characters in a way I hadn’t needed to before. I had to consider more deeply what I could and could not omit. And I had to think differently about chronology and nonlinearity. As far as publishing each, I think the process has been pretty much the same, though perhaps more people read novels. I don’t know if that’s true.

SR: In a recent interview with the Iowa Review, you said that you broke your own rule of never writing a novel, and that Machine just became one. What was different about Machine that made you break that rule?

SS: After reading Machine, my editors suggested that it was actually a novel. I was resistant at first, but it’s true I’d written a book about the same narrator in the same place over the same time period, following the same threads. Once I stopped resisting, I committed to thinking of it as one piece, though I was scared to do whatever work it would take (see previous answer) to make it the kind of novel I would, or could, write. Novel-writing always seemed so daunting and ambitious and honestly something I just wasn’t interested in. But it was actually great to shift my way of thinking, and now I want to experiment with the form even more.

SR:Throughout Machine there is some repetition of space imagery, such as references to the sun collapsing and the girls being stars. Two of the chapters are even titled “Stars.” What inspired these metaphors and what did you hope to convey by using them?

SS: The narrator knows about science, in part, because I have a fascination with, but no knowledge of, outer space. I actually took two introductory physics classes at NYU and USF to put myself in the role of science student while learning a few things about stars. I’m also interested in the ideas of insignificance and smallness, especially in relation to gender, and I wanted to play out the narrator’s life against an overwhelmingly vast backdrop. I wanted her—as a teenage girl—to be both imperceptible and the biggest force, and by moving all the way outward, at times—moving from the dock, for example, to the moon—I could play with these shifting perspectives.

SR: Machine excludes quotations to mark dialogue, as well as switching between semicolons and periods to separate sentences. In your piece “On Punctuation” for Graywolf Press, you wrote “Punctuation for me is part intention, part intuition. It’s part compassion, part aggression. It’s part come-closer, part go-away.” How does your relationship with punctuation affect your process, with both writing and editing?

SS: I think every mark on the page matters, so punctuation is as important to me as the words I choose. Punctuation helps to control the speed, the pacing, and the repetition, but it also adds a visual layer, which is an emotional layer. So punctuate marks aren’t just tools to me; they actually play a role in building narrative.

SR: The novel ends with the phrase, “Still trying.” Given that the story deals with the often-confusing and “trying” nature of adolescence, this ending really struck me as indicative of those feelings young girls have during that phase of their lives. What was your thought process like when choosing this ending?

SS: That line was always the end of that section, but that section wasn’t always the end of the book. When I moved it to the end, it really did a lot in terms of keeping the whole story open and unresolved in a way I find satisfying, though others may not. I just don’t think we ever reach the end of a story; in my experience, every perceived ending is just the start to another project.

SR: You answered this question for us back in 2013 when we interviewed you for Issue 11, but six years later I’d love to know if the answer is similar or completely different: what does your writing space look like?

SS: As you know, I was in the process of answering your interview questions when my computer crashed. I had to travel for readings the next few weeks with a broken computer, and I’ve just arrived home, where I’m typing on this old spare computer that barely works. I’m saying all of this, because in the time between my computer crashing and now, I bought a new desk. I almost didn’t buy it, but my friend Maria said, You have to have a desk. She said, You’re a writer. All to say, this is my writing space now—I’m in San Francisco, sitting at a desk that faces a window. There’s a tree outside that’s turning yellow. The fog has rolled in off the ocean, and I can hear the foghorn.

But had my computer not broken, you would have gotten a different answer. I wrote much of the book at artist residencies, often in the woods.