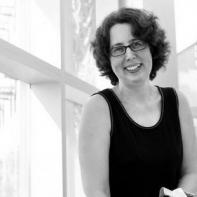 Born in Istanbul, Turkey, Bucak spent most of her childhood in Havertown, PA. After earning her BA from Princeton University and MFA from Arizona State University she published stories and essays in a variety of journals, including One Story, Guernica, Bomb, Creative Nonfiction, Witness, Kenyon Review, Prairie Schooner, The Pinch, The Iowa Review, and Brevity. In 2019, Norton published Bucak’s short story collection The Trojan War Museum. She now teaches in the MFA program at Florida Atlantic University in Boca Raton, Florida, and is a contributing editor for the journal Copper Nickel.

This interview was conducted via e-mail by Interview Editor Devyn Carmen. Of the process he says, “The Trojan War Museum and Other Stories was a cerebral journey into the depths of literature where heritage and ancestry meet surrealism and adventure. I found Bucak’s collection of stories fascinating because of its experimental mindset in terms of genre, character, and theme." I am grateful she took the time for this interview where she discusses how her personal history influenced her process, the ambitions of her character the Starving Girl, and the role that war plays in her collection, The Trojan War Museum.

Superstition Review: The Trojan War Museum and Other Stories is a brilliantly varied work, with many awards to its name. The story “The Trojan War Museum” was an exciting post-modern take on the Greek Pantheon filled with war, creation, and destruction. I couldn’t help but think while reading, how does this story relate to where Western culture is right now and where it’s heading?

Ayşe Papatya Bucak: Thank you! And what an impossible question! I’ll say first, I don’t really think about “Western” culture—the world is the world, and we are all in it together. I don’t have any desire for such a thing as “Western” culture to exist. But that aside, I gave the story a fairly optimistic ending because I feel like it’s necessary to hold on to some belief that most human beings don’t want war and that if we continue to resist war every chance we get, that war will be less. But I wrote the story with all of our contemporary wars, especially those in Iraq and Afghanistan in mind. It is disheartening how most Americans, myself included, got used to the endlessness of those wars. I worry that art and culture can romanticize war—even The Iliad which is filled with the brutality and horror of war is falsely remembered by many as an epic about heroes rather than as a critique of war.

SR: I’ve noticed in your other interviews that “Trojan War Museum” has been a work long in the making. Could you discuss the original idea of this piece, and how it has transformed along the way?

APB: The book was ten years in the making, and that might have been what I was referring to. The short story was always in this form—a history of the supposed Trojan War Museums. But I did a lot of research, especially in accumulating a variety of soldiers’ narratives, and that took more than a year, maybe multiple years, I’m not sure, to be honest. During the research I didn’t think of myself as actively drafting the story, but then when it came time to do so, I found I mostly pulled bits and pieces from my notebook. So in some ways I assembled the story from the parts that I had collected rather than drafting it in a more traditional way.

SR: In “Iconography,” the Starving Girl notably says that she is simply protesting “Everything.” Can you discuss why you chose to make her ambitions vague, and what you hoped to convey?

APB: At that point in the story, the Starving Girl wasn’t making very many choices; she was in a constant state of reacting. So that’s what came out of her mouth when she didn’t have an answer to the question of what she was protesting. At that point, she wasn’t actually protesting anything, she was just not eating. I don’t know that I had a particular idea in mind at the time that I had her react that way…but by the end, the story had become, at least in part, about how symbols can be co-opted and people can be used for intentions they never had in mind. But it’s also how I feel sometimes, that there are so many battles to fight that we ought to just start over and fix everything.

SR: Looking at reviews of your short story collection, there’s a recurring motif that this is an exploration and discovery of your ancestral heritage. How much do you agree with this sentiment, and how has your ancestry and identity influenced your creative process in writing these short stories?

APB: I really appreciate this question—the assumption that the stories are personal is not really wrong, but they aren’t personal in the way that I think people might assume. Obviously the fact that I am half Turkish and half American is what led me to write stories that are partly Turkish and partly American, but mostly they have little to do with my specific identity or life experience. They have everything to do with my taste (for the surreal, the mythic, the tale) and my curiosity (for history, for Turkish culture, for adventures I would never undertake).

SR: In comparison with other story collections, The Trojan War Museum includes a diverse and complex range. What drove your decision to write so many different stories, in terms of theme, character, and even genre?

APB: I didn’t want to feel like I was writing the same story over and over again. And I wanted every story to have a chance at being some reader’s favorite. I didn’t want to have to bury any weak stories in the middle. I can hear my former ASU professor Alberto Ríos in my head right now saying, “Why would you have any weak stories?” I wanted to try different challenges. But also, as a reader, I really like a wide range of styles and I wanted to try them all.

SR: As someone who is biracial myself (½ American and ½ Dominican), I felt really connected with the ambivalence the interviewee felt toward a story from her own culture in “A Cautionary Tale.” The interviewer unsubtly tries to get the interviewee to become invested in her culture, but he doesn’t get the response he wants. Could you discuss how diverse cultures are represented in literature, and how it may impact individual identity?

APB: It's funny that you say “her” because I always imagined the interviewee to be male. But now that you point that out, I don’t know why, and I definitely don’t specify the character’s gender. I guess in my head this interviewer would choose to tell Terrible Turk stories to a guy. A woman would have gotten Scheherazade stories or something. I don’t have an answer to your exact question, but I will say that with every story I wrote, I didn’t want to just say the same things that other authors have already said about immigration or culture or identity. I wanted to find some different way to say that being an immigrant can be very hard.

SR: I’m particularly interested in the dramatic genre shift with “The Gathering of Desire.” Can you describe your process with this story compared to the other narratives in your collection?

APB: I think by genre shift you are referencing the fact that this story has an omniscient automaton as one of its point of view characters—but I see that as of a piece with many of the other stories in the collection. They may be less unreal, but they are also not very realist. Once you start using fairy tale and myth in your stories, regardless of whether or not you violate the laws of physics, things feel of a somewhat different genre. The process for this story was not different than the rest. I had the idea to write about the real chess-playing automaton called The Turk. I researched the history, I read other literature that used the automaton as a figure, and I tried to figure out a version of the story that hadn’t been told before. I learned that a woman had played the automaton in Philadelphia and won, so I decided to tell her story, as well as that of the real-life operator who was inside the automaton. But I found it hard to write straight-up historical fiction about the time and I really wanted to include the language of Middle Eastern tales, so I started writing in the automaton’s voice. Also, something about the physical configuration of the machine, the woman facing the machine, and the man inside of the machine, made it seem natural to create a kind of love triangle and give them each a point of view. I added the stuff about the woman being Quaker later (my own family history includes some Philadelphia Quakers so I was following my curiosity there), and I really wanted to include the famous Leyla and Mejnun story, so I just wedged it in there. And that led to the end.

SR: How have your literary communities, including FAU, fostered the development of this story collection?

APB: Well, FAU gives me a paycheck, so the book certainly wouldn’t exist without them. But they have been supportive with additional grants and sabbaticals. And my colleagues are some of my biggest cheerleaders. I have gone on a number of writing residencies which provided community and food and inspiration. The last story I wrote for the collection “The Dead” only exists because I received a one month residency from The Studios of Key West that allowed me to research the facts of the story first-hand.

SR: Can you give s[r] readers a glimpse of what content you’re looking to publish in the future?

APB: I recently changed my mind about some things, including my next project, and it’s made me reluctant to say exactly what I’m up to. Let’s just say I really don’t like to repeat myself.

APB: I work on a laptop or in a notebook because I like mobility. I’m a coffee shop writer, a couch writer, a table out on the porch writer, and very occasionally a desk writer. Once my friend, the writer Nalini Jones, and I visited Edith Wharton’s house where much to our delight we learned that she liked to write in bed. So I’m not ashamed to say, I, too, like to write in bed. But, I have to make the bed first. I’m not a beast.