Ready or Not by Marina Hatsopoulos 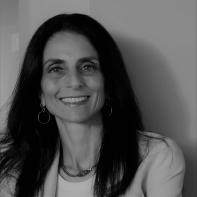 Marina Hatsopoulos was Founding CEO of Z Corporation, an early leader in 3D printing based on an MIT technology. She has served on numerous corporate boards and is involved in the tech startup ecosystems in Greece and Cyprus. Her writing has been published or is forthcoming in Antioch Review, Bellevue Literary, Santa Monica Review, Crab Orchard Review, and other literary journals.

While my daughter Natasha lies on the couch daydreaming amongst tossed clothing, her twin Zoe is training for a marathon. Natasha calls Zoe for advice on what to wear to college orientation and receives a text response: “I’M BUSY!!!!!!”

Their difference in perspective is like the political divide—“when did you get so stupid?”—but with a dollop of love.

“We should pack,” I say. Nothing happens without my pushing. Natasha is tall with long hair and moral clarity, but zero urgency. She’s almost as frustrating as my writing.

It’s actually mine, but all I say is, “Have you labeled your bags yet?”

They’re adults, they vote, and they’ve declared themselves grown-up, yet they can’t fill a dishwasher. Natasha takes tough classes and wins awards for her essays, but she can never remember where she left her homework—or her retainer, keys, or license. During her internship at a tech startup, Natasha almost lost her way—and her car. She can code, but she can’t write an email. Left on her own, she’ll kill the day taking selfies with the cat, shopping for organic mushrooms at the farmer’s market, or starting another journal. This whole independence thing isn’t going to end well.

Before we leave, I have Natasha print out all her personal essays. When I mention I’m going to read them, she throws one of them in the trash. Hmm. I might be better off not knowing.

Although she promised to tell me all the secrets that Zoe had never let her share in high school, we drive to Johns Hopkins in silence.

On campus, I hand her the arrival instructions which she forgot in the kitchen.

“Shoot—I did it wrong.” She rushes out of the car and re-labels her bags, stuffing in sweaters from the trunk while cars toot behind us.

When she gets back in the car, I glare at her.

“I’m fully-baked,” Natasha reminds me. “Too late for a teaching moment.”

Natasha moves into her dorm room with the help of our whole family, including my husband and two sons. The boys, debating who was the greatest basketball player of all time, don’t seem to recognize the magnitude of this life transition.

I rinse my plastic iced coffee cup and put Natasha’s pens in it, like her room will ever be so organized again. Zoe hangs a photo of Hozier, our obsession since the girls and I heard him sing, and as we unpack, I find my lost hair straightener and put it in my purse. Inside a pillowcase is Natasha’s calculator which had no batteries when she took the SAT. She needs it, too; as good as she is in Calculus, she never learned the multiplication table. Or how to keep a calendar. If you ask Natasha her plans, she says, “Ask Zoe.” Leaving Natasha on her own feels irresponsible.

We unpack Natasha’s groceries: no sweeteners, animal products or anything out of a can. Every food is researched for provenance, inspected for color, touched for consistency, and smelled for freshness before it’s allowed into her mouth. College cafeteria food isn’t going to cut it, and she’s already too skinny as it is.

She’s also skittish. Once, a woman approached her in a store in Soho, so Natasha got nervous, edged toward the door and ran out and down the street while the woman chased her into a store. Turns out the woman was a modeling agent.

When we kiss Natasha goodbye, she says, “You can visit in spring.” Her words cut deeper than the rejection I received that morning for my short story.

A week later, our remaining family of five drives across the bridge to MIT. Snowboarding and languages came harder to Zoe, so she’s learned discipline and is ready to fight for what she wants. She’s hard core. If people had slogans, hers would be, “Stop Whining.” Still, she hasn’t built her own computer and she loves socializing, so MIT isn’t an obvious fit. The word here about the dating prospects for young women is, “The odds are good, but the goods are odd.”

Zoe has a brick-walled dorm room overlooking the Charles River. She bought her own pencil cup to match her paper trays. My husband and I both graduated from MIT, and I wonder if she’ll embrace it as an amusement park or be steamrolled by its intensity. When they were little ballerinas, Natasha moved fluidly, despite forgetting the steps, while Zoe danced with mechanical precision. The issue is, MIT demands more than simply following the rules; it requires you to think outside the box.

I try to help set up, but Zoe has her own system. This independence will cost her, because the academics here are unforgiving, and she hates to reach out for help. We all need help at some point. When I found Zoe’s bed empty one late night, Natasha was there to make up excuses and speed-text her to rush home. Now the twins will have to get by without each other.

Kissing her goodbye, we tease Zoe that she should live at home.

She says, “You won’t see me until Thanksgiving!” Right in the gut.

Two hours later, my husband and sons are out on the golf course like it’s any other summer day. I should be thrilled to finally have time to pursue my new interest in writing, so I sit with my computer, but I can’t divert myself from the sinking feeling that all the love I’ve poured into those girls was a fool’s move. How odd to devote eighteen years to a relationship with a fixed end date— to work so hard at a job, knowing you’ll be fired.

Who will join me to see “The Visitors,” hear Milky Chance, eat Asian fusion or explore contemporary art in foreign countries? Not the three guys hitting balls out on the fairway, and it’s no fun to be awestruck (or laughing) alone. We’re one family, with plenty of love shooting in all directions, but our interests diverge along gender lines. My team has abandoned me.

I put on Pink Floyd, but instead of providing solace, the music reminds me of The Pink Floyd ballet, which the girls and I saw outdoors at the ancient baths in Rome, an unforgettable sunset turning them on to my favorite music. Relief is promised by a bath, but the bubbles smell of strawberries, like the soap store by the yoga studio where the twins laugh at my lack of coordination. An idea pops into my head—a musical tour of Cuba—and I turn to tell them but they’re not there. I trod, hair dripping, into their room, which is littered with abandoned clothing—including my forgotten orange Lululemon top.

Never again will my twins sit in my lap, hold my hand, infect me with their wonder and excitement, or let me kiss their tears away. I was so busy getting through each day that I allowed an entire chapter of my life to pass me by. To be fair, this didn’t happen overnight. Relationships evolve incrementally—too slowly to be seen by the naked eye. What it is at any moment is just as fleeting as everything else in life, and lamenting what’s lost only inhibits the discovery of what can be found. I get that, but this is a violent severing of our shared existence. How can we be breaking up when there was no fight?

I see now that my anxiety all this time was never about them. The girls have a fun new adventure ahead. But what about me and my adventure? Where am I heading? I’ve been traipsing a rocky, unlit road from a career in business toward writing. When people ask what I do, I never know what to say. I’ve published some short pieces, but I still don’t have a book.

My disquiet is interrupted by Zoe calling to say that most of the students haven’t yet arrived. Soon, she and I are outside on the patio of an Asian fusion restaurant.

As we eat, Natasha texts, “Listen to this song!!!! NOW!” like it’s an emergency. Then she calls and says she sat in on the wrong class all week before realizing it was Math and not Chemistry. Zoe rolls her eyes.

After we help Natasha email her professor, she asks me to mail her Blind Pilot poster which she forgot. Or I could come visit and bring it—along with that orange Lululemon top. She tells me there’s a concert there next week with a band whose name doesn’t ring a bell, even though I (apparently) love three of their songs.

“We should go,” she says. Zoe agrees.

With Natasha on speakerphone, I tell them about my short story and ask them for feedback. They offer their thoughts without holding back laughter at all my rejections. While lightening my mood, they provide a fresh perspective on the piece. Gone is my last adventure as a new mother, but the relationship created by that shared experience empowers me in my new adventure as a writer. The girls are no longer my summit; they are now my base camp.

‹ WOLPERTINGER, OR, ANOTHER NAME FOR RAGE by Kristen Rouisse up What We Take from the Anne Frank House by Michael Dowdy ›