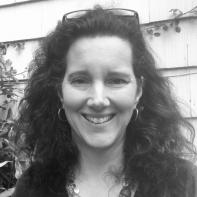 Work
When Cooks arrive at work, first they blow their noses, then they prep the vegetables. The procedure is as follows: wash and peel the potatoes, slice for fries, place in a stainless-steel bin, cover with salt water. Delivery Men zip in and out of traffic on motorized scooters or pedal bikes and then run upstairs to bring eggs and potatoes to young women who greet them at doors in scrubs and black face masks. Cooks and Delivery Men drink coffee before work. At night, they drink beer.

Connections
To connect to people from Country of Origin, Cooks and Delivery Men pay for and maintain phones in good working condition that display photographs of children too young to travel, along with women who might be wives or sweethearts. Can you send more money, is what the wives or sweethearts from Country of Origin write, but Cooks and Delivery Men cannot send more money because their pay has been cut since the restaurants in the city have shut almost all the way down.

Sleeping Arrangements
In the situation of multiple occupancy, Cooks prefer top bunks while Delivery Men prefer bottoms. Cooks and Delivery Men often room with fathers, and also Waiters, who are cousins. Fathers do small maintenance tasks in the buildings where they room, such as trash removal, the sweeping of sidewalks, the polishing of brass handles. Even fathers who are elderly must sleep on mattresses on floors in rooms that are eleven-feet-by-thirteen on the fourth floors of brick buildings in developing neighborhoods, while Delivery Men and Waiters alternate shifts in bottom bunks because Waiters are not working these days and are free to sleep any time of day or night. STOP COUGHING INTO MY PILLOW, Waiters say to Delivery Men, who try not to. On top bunks, Cooks cough or blow their noses then climb down ladders to wash their hands in hall bathrooms shared by families from Country of Origin.

Doors
Cooks, Delivery Men, unemployed Waiters, fathers, leave the door to their SROs closed both day and night except for ingress and egress. Sometimes fathers stand in doorways, tap hands on frames. Fathers are only fifty-eight, but the rims of their irises are milky, and their teeth are mostly missing. Don’t leave me, say fathers of Cooks and Delivery Men. You’ll leave us before we leave you, say Waiters, who are nephews of fathers. Don’t worry Father, if you die, we’ll send your body back to Country of Origin, say Cooks and Delivery Men. I would like that, say fathers. That’s the type of ground I would wish for my final resting place.

Philanthropy
When Cooks have extra or nearly rotten avocados, oranges, fries, rice, beans, chicken, bread, tomatoes, onions, they bring them home to Delivery Men, Waiters, fathers, none of whom ever have any extra food of their own. When Cooks and Delivery Men have extra money, they send it to wives and sweethearts who tell them to be careful, then send back to Cooks and Delivery Men photographs of waterfalls in Country of Origin that none of them have ever seen in real life along with coy near nudes that look nothing like what Cooks or Delivery Men remember of wives or sweethearts, but you take what you can get.

News From Abroad
Waiters, who haven’t been working, have taken to opening doors of buildings for people going in and out. Hardly anyone goes in and out of buildings anymore, but Waiters find the habit of catching someone’s eye as they move through space and time to be comforting. It’s as if the brief eye-contact confers a soul-charge, which they enjoy. In fact, they find the zap fulfilling in a way that waiting on tables has never done. The wives and sweethearts of Waiters send new pictures of small children in white shirts and blue shorts and demand money, politely. You are meant to send money, say wives and sweethearts; children wish to go to school in Country of Origin. I don’t have any money, say Waiters. I have to pay the phone bill first before I can send money to wives and sweethearts. Where can I find money these days? Wives and sweethearts tell Waiters to pray to God, to look for signs from Him.

Signs
Waiters say the Our Father and Hail Mary once, and Glory Be to the Father, three times, then they go out to look for signs.

On the door of the neighborhood grocery store:

On the door to the vestibule of the bank that contains the ATM machine:

On the door of a burger joint two blocks from the river:

An Exchange of Texts Between a Wife in Country of Origin and Her Waiter.
Send money already
I am a waiter again so you can stop nagging me now
If I didn’t nag you, how would you know what to do

Personal Grooming
When Waiters shave, they use soap and warm water in bathrooms shared with Cooks, Delivery Men, fathers, and other families from Country of Origin who live in other rooms. Waiters who shave by 10 AM feel clean through the dinner rush but dirty by the time the hostesses rub their fingers against their jaws. Waiters with clean-shaven faces get bigger tips from customers who order appetizers and cocktails. Customers have open smiles and shout their happiness about the reopening of the burger joint to Waiters, who lean in close to hear.

Cooks and Delivery Men prefer to shower after a shift.

Alternative Sleeping Arrangements
Cooks, Delivery Men, Waiters argue with each other about who gets to sleep on bunks and who must sleep on mattresses on floors now that Waiters and Delivery Men both sleep at night. Cooks stop sharing food with Waiters, who now eat at work. Fathers start to cough, and in fact have been coughing for six days, hasn’t anyone noticed? Fathers sit on mattresses on floors in SROs—they are too tired to polish the brass handles of the buildings’ front doors or clear out the trash. Cooks sneeze and cough, though they have been doing that for months now; nothing has changed in that regard. Delivery Men still have work, plenty of work, plus the weather is warmer and narcissuses poke out of the ground at the corners of triangular parks at the intersections of avenues and streets. A narcissus sees a Delivery Man sitting on a park bench, sees the man take off his helmet, sees him turn his face to the sun, smile. He is like me—a flower, thinks the narcissus.

The Final Cessation of the Vital Organs
Paramedics find the body of a Cook in a single room also occupied by a Waiter, a Delivery Man, and a father. The paramedics push on the Cook’s heart, but the brain does not restart. The Cook’s father sees a light rise out of the body of his son. This light sparkles and diffuses, like the flashing bodies of a thousand fireflies if they were smaller, if they were fleas leaping from the body’s skin into the air. Sometimes the light looks blue and at other times orange. Paramedics bring the Cook’s body to the hospital where they meet young women in scrubs who take the body into a room with two closed doors. The father sits in a chair in the hallway, coughing, thinking about who he would be if he had additional lives, if he multiplied. Young women in scrubs open the doors, squat on the linoleum in front of the father, who has now multiplied, and ask fathers: what happened? A translator repeats the question, but fathers don’t look at the translator. They only look at young women who squat down low, who take off their gloves, hold all of the fathers’ wrists. Surreptitiously, young women count the pulses of fathers and also their respirations. It has been a long time since I’ve felt the touch of a woman’s hand, say fathers. The translator translates. Young women nod their heads. I’m sorry for your loss, they say. I will be taking my son’s body to Country of Origin, say fathers.

Unfortunately, by the time fathers see the body of their son, the Cook, the sparkling orange or blue mist has been sucked into the ceiling vents, and so fathers feel nothing anymore; not despair, not hunger, not fear. They pray. Later, at triage, the oxygen of fathers is noted to be low. Young women in scrubs admit fathers to hospitals. Can’t they go home with oxygen? ask admitting residents. Not all Cooks, Waiters, Delivery Men, fathers require admission just because their oxygen is low, say admitting residents. We could send them home with oxygen, yes? No, say young women. We cannot send fathers away, they insist. While Delivery Men and Waiters may sleep in rooms where Cooks have died, fathers most certainly cannot.

‹ fiction up "The Cigarette Machine" by Katherine Tunning ›