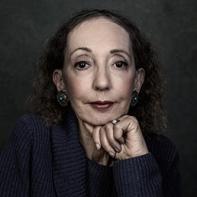 Joyce Carol Oates, one of the most eminent and prolific contemporary literary figures, is the author of fiction, poetry, plays, and criticism. Her more than fifty novels include Because It Is Bitter, and Because It Is My Heart; Black Water; Mudwoman; Carthage; The Man Without a Shadow; A Book of American Martyrs; My Life as a Rat; and Blindsight (Ecco, 2020). She teaches at Princeton and is a founder of and an editor at The Ontario Review.

“An Enigma Inside A Parenthesis,” an Interview with Joyce Carol Oates

This interview was conducted via e-mail by Interview Editor Anna Narin. Of the process, she said, “Joyce Carol Oates does not hold back in Night Neon: Tales of Mystery and Suspense. It is a phenomenal book that leaves you at the edge of your seat with its chilling storylines and eccentric characters that will leave an impression on readers.” In this interview, Joyce Carol Oates talks about her ideas behind particular stories in Night, Neon, switching narratives, and what she does when she’s not writing.

Superstition Review: The Guardian described you as prolific. Tin House wrote that you’re a living puzzle. If you were writing your own description, what would it be?

Joyce Carol Oates: An enigma inside a parenthesis, with an (unexplained) asterisk.

SR: “Night, Neon” is the longest story in the book. I really admired seeing the world you built through Juliana’s failed relationships and hardships. What did your writing process for that look like?

JCO: I write, revise; write, revise; revise and write; proceed in a mosaic fashion. However, before I begin to write, I spend time running, walking, and planning the work of fiction in my imagination, so that when I return home, I quickly take notes which eventually develop into scenes, chapters, and books.

SR: A lot of these stories remind me of a roller coaster: the character’s dilemmas and side actions push us up the lift hill. Once we near the conclusion, however, we never experience that drop. It’s brilliant and it gets me every single time. It makes me wonder, how do you know when to end a piece?

JCO: Much of writing is intuition, perhaps like most expressions of art. “Less is more” — in literary fiction at least.  (In more popular, commercial fiction, it may be necessary to be more explicit about endings, so that readers are not confused.)  My prose pieces are designed as dramatic units and it is good to end a dramatic scene at just the right moment.

SR: I want to talk about “Parole Hearing, California Institution For Women, Chino, CA.” It was different from the other stories in terms of formatting. It breaks away from traditional paragraphs and allows the word “because” to become a refrain. What inspired you to design such an intriguing structure for that piece?

JCO: It was the 50th anniversary of the notorious Manson trial. The story is partly historic, based upon composite “Manson-girl” figures, but of course the language is my own, imagined as the expression of  one who in her heart exults in the most profound, if horrific, act of her entire life. She is not repentant, in fact she is rather proud of herself, even as she pleads for parole.

SR: In “Vaping: A User’s Manual,” you write from a teenage boy’s perspective. I couldn’t help but think about how engrossing it was. How do you keep that momentum from the first sentence to the last?

JCO: I have a particular sympathy for adolescents, female and male. Perhaps in my innermost heart I am a perpetual 14-year-old—in awe of all that I don’t understand, hoping that I will not succumb to the apathy, mediocrity, and hypocrisy of my elders.

SR: Your ability to switch narratives and the perspective from male to female is incredible. What’s the most difficult thing about writing characters from the opposite sex?

JCO: I have always written nearly as much about boys and men as about girls and women. I grew up in a family in which my father was a strong but not stifling presence. His “voice” is often with me. As a young girl, I was quite close to my brother as well. Apart from the cultural expectations pressed upon men, there are probably not intrinsic differences between male and female: it depends upon that elusive phenomenon “personality."

SR: You’re pretty active on social media, mainly Twitter. Could you talk about how you use Twitter yourself? What are some of the effects of the platform on the publishing industry?

JCO: Twitter is a  window onto the world that mainstream media has not provided. A sort of grass-roots, ultra-egalitarian journalism. For me, it is a welcome break in an intense work cycle.

SR: I recently read that you write 8 hours a day. What do you do when you’re not writing?

JCO: I love to read, and am always reading one, two, or three books simultaneously; I also review, often, so there is a steady stream of new books and magazines coming into the house. For a change of pace, I watch films and TV series in the evening. I am also a habitual runner. If I can’t run, I love to walk. I spend time with friends and with my cats Lilith and Zanche.

JCO: There may be a picture of my study somewhere, which I can try to send you.