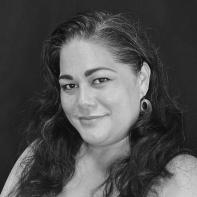 Tita sat on the edge of the seawall, the heat of the day burning her okole. She had made sure to sit far from the old uncle fishing for akule, his buckets and tackle surrounding his chair, so he wouldn’t try to talk story with her, his pole relaxed in one hand, a beer hiding in a cozy in the other. She didn’t need the hassle. The back of her calves scraped against the lava rock embedded concrete, the hot scattered sharpness feeling good. She regretted not bringing a bathing suit, the sea turtle, swimming around the truck tires that had come off the pier in one of the yearly storms, was definitely having a better time. Junior Boy wanted to join her but he knew better.

He leaned against the wall, making sure he wasn’t too close, waiting for her. She knew this. He watched tourists walk along the uneven sidewalk, waiting for one of them to trip so he could point it out to her, and they could laugh. He had called her last night and she hadn’t pretended not to be home. They had talked about Mr. Nakatani and his computer he let them use sometimes to play games in his office in the woodworking shop. They had laughed at the Leisure Suit Larry game that made them take a quiz to prove they were old enough to play with stupid multiple choice questions like What wasn’t part of Hawaii? Fiji, and Where’s the …?, beef. She had told him she was planning to go into town for the day, her mom dropping her off at the pier before going to work. He had hitched a ride early so he wouldn’t miss her. She wasn’t surprised to see him but it wasn’t a date. He knew that.

You ever think about getting away from here?

She always thought about it, wondered about the freedom of escaping. Sometimes, she’d sneak into Mr. Nakatani’s office late in the afternoon, when the final bell had rung and everyone had walked or caught their buses home. He didn’t mind, he was constantly working in the shop, sawing, cleaning, sitting. She’d play her favorite game, Amnesia. No pictures like Larry. Just words. Her character would wake up in a hotel room, no memory, no clothes. She’d discover the mystery of his life in Manhattan, the woman he was engaged to, the man who wanted to murder him. The game a book she could play, almost as good as any Choose Your Own Adventure. She never told Junior Boy about these afternoons. They were hers.

You could go anywhere you wanted.

He felt so alone when he was with her, even when they were sitting next to each other in Mr. Nakatani’s office, laughing when they got Larry laid, or collecting items to solve puzzles in Space Quest, trying not to get sucked into the vacuum of space. The heat of her burning him. He never tried anything, even when she would lean back to laugh, her dark hair brushing against the hand he had placed behind her chair. She could solve all the puzzles so quickly, he felt useless offering her help. Yet, he kept going there during recess, lunch recess, after school, hoping to catch her playing.

What’s so great about this rock?

What’s so great about anywhere else?

She knew he wouldn’t understand. She could see him here, sitting on this wall fishing for akule, waiting for some young girl to talk story with.