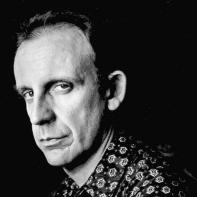 Madison Smartt Bell is the author of twelve novels. Bell's eighth novel, All Soul's Rising, was a finalist for the 1995 National Book Award and the 1996 PEN/Faulkner Award and winner of the 1996 Anisfield-Wolf award for the best book of the year dealing with matters of race. All Souls Rising, along with the second and third novels of his Haitian Revolutionary trilogy, Master of the Crossroads and The Stone That The Builder Refused, is available in a uniform edition from Vintage Contemporaries. Toussaint Louverture: A Biography, appeared in 2007. Devil's Dream, a novel based on the career of Nathan Bedford Forrest, was published by Pantheon in 2009. His most recent novel is The Color of Night.

Superstition Review Editor Marie Lazaro conducted this email interview with Madison Smartt Bell. She says of the experience, "What had me so excited to interview Madison was the success he has had over so many years. Every story he writes is intriguing and keeps the reader wanting more. He isn't afraid to take risks. It was an honor to interview Madison and I thank him for the opportunity."

Superstition Review: You've been writing novels since 1984. Please share what keeps you inspired for new story ideas. How has your writing changed? Do you have any advice for such continued success?

Madison Smartt Bell: Ideas appear to come of themselves, but it's important to create in yourself a receptive state. I think it's important to remain curious about the world and the people in it, to try to imagine the lives of others—not only for the purpose of writing fiction, either.

SR: For Devil's Dream, what inspired you to write a novel that took place in the Civil War? How did you start to imagine what the vivid imagery in this novel would be like?

MSB: Well, I was inspired by the obscure feeling that my publishers would like for me to write a Civil War novel, for one thing. And I had always been interested in Forrest, who was a big hero to a lot of people in my part of the world—and a big ogre to others. The extreme differences in the way he is perceived are interesting. Forrest, not at all typical of Civil War generals, is such a contrarian figure I thought he would be fun to write about.

SR: You describe the death of Jeff Forest so vividly that the reader is right in the moment, with phrases like “caressing the pale face as it quickly cooled” and “like blood might burst from his eyes.” What inspired this type of detailed imagery?

MSB: Well, these phrases look mighty purple when you pull them out like that. I hope they work a little better in context… I think there's an effort going on there to shock the reader a little with violence and the effects of violence. In general I think of writing a scene in two stages. You picture the action and the people as vividly as you can. And then you just have to describe what you see (and hear and feel and smell and taste) as accurately as you can.

SR: You chose to end Devil's Dream with a chronology of the life of Nathan Bedford Forrest, which brings closure to the adventure. Discuss why you chose to end the novel this way. How did you want the audience to respond to it?

MSB: I had started doing that in each of my three novels about the Haitian Revolution to enable myself first and then the reader to keep track of a very long and complicated sequence of events. Once the chronology is published in the book then the reader can use it to keep track if desired (not every reader wants that, necessarily). Also the chronology is all factual information so a reader who wants to be able to tell the fact apart from the fiction in the main text can do that. In Forrest's case, the chronology seemed a good way to give dispassionate coverage to his involvement in the KKK after the war—a touchy subject. Outside of the South the Klan connection is the only thing most people know about Forrest, it seems.

SR: On the acknowledgements page of The Color of Night you write, “I have always said that my work is dictated to me by daemons. People probably think that's a figure of speech; maybe this book will prove it literal.” This statement inspires an eerie feeling before the reader starts the novel. Why do you introduce the novel this way?

MSB: Well, that eerie feeling is good. It's a scary book in a lot of ways, narrated by a scary person—with ideas that many people would find repellent. So those lines are a sort of disclaimer. I don't share Mae's opinions very much at all and writing her voice was a lot like taking dictation.

SR: The attack on the Twin Towers is central to the Mae's past in The Color of Night. Why did you choose to write about this event? How did the 9/11 attacks affect you and your writing?

MSB: So far as The Color of Night treatment, I really just started hearing the voice in my head and writing it down. It was simple…and all written very quickly with little revision. Her reaction to 9/11 is like an ignition that starts the book's motor, while a lot of the book is about other stuff. My reaction to 9/11 was not like her's at all and much more typical of the average American I think. Fear, anger, an effort to adjust to the new implications, etc. Immediately after I spent several days writing a short story called “Fall on Me,” (eventually published in Daedalus), I think directly about events on the planes and at World Trade Center. I think it is a decent story, but it was the most painful writing experience I've ever had, really excruciating, and I'm not someone who suffers when writing; normally I'm having a fine old time.

SR: Mae seems so indifferent to all that she has experienced in her life as if she is used to evil and knows nothing else. And, it seems she not only ignores the violence but learns to enjoy it. Why did you want to create this character and what did you want readers to learn from her?

MSB: She doesn't think about any of it in the terms you just stated. She has a whole different system to put her experience of violence—both giving it and receiving it—into. Beyond Good and Evil one might say, though it is not really the Nietzschean version of that. The reader should realize that such a radically different attitude is possible for a human being, without necessarily signing into it. And maybe the reader can be shocked into catharsis by the spectacle.

SR: You allude to the Manson family cult in The Color of Night. What research did you do prior to writing the novel? Why did you decide to make this a part of Mae's life?

MSB: That's just what she told me, honest! I reread Helter Skelter, and I looked at a coupla things on the web. I'm not a Manson Family buff by any means, though I did discover that some people are… bit disconcerting, that.

SR: I read about your experience in Haiti. Please explain what happened and how this experience changed and inspired your writing. Do you have plans for any future pieces about it?

MSB: If you're talking about the possession experience, for me to write about it here would be one time too many. You can read more about it at Granta: http://www.granta.com/Online-Only/Necessary-Daemons and at my website: http://faculty.goucher.edu/mbell/Soul_In_A_Bottle/Sa%27m%20_Pedi.htm. One thing I learned from it is that the self we think of as our self—that is the ego—isn't all there is to you, and not necessarily the best or most interesting part. Good writing requires that the ego of the writer be suppressed, at least partly, so that the experience being written about, and the characters experiencing it, can come through. The writer's lending a voice to something and someone else. To that extent the writing experience does resemble the possession experience, though for most people I think it's a lot milder. For me, in writing Mae's voice, it was very strong…

MSB: I'm living in New York this year, on a grant from the Leon Levy Center at City University of New York, to write a biography of Jean-Jacques Dessalines, first Emperor of Haiti. And I also have couple of novels underway. One, oddly enough and to my considerable surprise, appears to be a sort of romance. The other is about zombies, not the movie kind but the real ones.