"The Last Words of Boneheads and Fraidy Cats" by Lee Martin 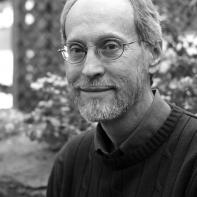 Lee Martin is the author of the novels, The Bright Forever, a finalist for the 2006 Pulitzer Prize in Fiction, River of Heaven, Quakertown, and Break the Skin. He has also published two memoirs, From Our House and Turning Bones, and another memoir, Such a Life, is set to appear in 2012. His first book was the short story collection, The Least You Need To Know. He is the winner of the Mary McCarthy Prize in Short Fiction and fellowships from the National Endowment for the Arts and the Ohio Arts Council. He teaches in the MFA Program at The Ohio State University.

I see the classified ad in the weekly newspaper from the small Illinois town where I grew up: Roger B. call Monee, IL. Same number, same house, now listed. ASAP.

No matter how much I try to forget the ad—why should it be my concern?—I can't. I tell myself it's the mystery that appeals to me. I don't know any Roger B. from my hometown where I haven't lived in over thirty years, and that fact adds to the mystery. I wonder who he is and who might be looking for him and for what reason. Deep down, though, I know it's the note of longing that latches onto my heart and won't let go. The please in the ad is implicit, and there's a history of something come and gone—Same number, same house. I hear the words not said. I hear sorry. I hear regret. I hear love.

For some reason, I remember a joke about a man who was drowning in the ocean. Twice, a boat stopped and the people aboard offered help.

But the man drowned and went to Heaven. “Why didn't you save me?” he asked God.

The ad—that call for help—forces me to consider my own happiness and the way I'm prone to live in the world of might-have-beens. Here in my middle years, I sometimes speak to myself with too much shoulda, coulda, woulda. The language of what-if's. The last words of boneheads and fraidy-cats. The chant of the faint-of-heart.

So I decide I'm going to find out who placed that ad, but I'm going to do it from the safety of my study. How much can I discover without leaving my computer? I let the ease and safety of electronic sleuthing seduce me.

First, I send an e-mail to the editor of the newspaper in my hometown, asking her what she might be able to tell me about that ad and who placed it. Keep in mind, we're talking about a small town, population just over a thousand. The editor remembers me from when I was a boy in this town. I went to school with her sons. I can ask her this favor without hesitation.

When she responds, she says she won't be in the newspaper office until next week. Maybe she'll nose around some then, she says, and then let me know what she finds out.

L.W.—that's who took out the ad looking for Roger B. L.W., a woman in Monee, a woman who surely has no thought in her head that the editor of this downstate newspaper might so easily reveal her identity, and, so it appears, without much concern that I'll abuse the information.

So a woman, hoping Roger B. will call her. A woman looking for a man, who for whatever reason, slipped out of her life.

It doesn't take me long, thanks to the Internet, to find L.W.'s address and phone number, along with some other information. She's 56 years old—an age, or so I gather from my own experience, where you start to think about things unresolved. Obviously, Roger B. is one of her loose ends.

I find an online obituary for her mother, who died seven months ago in L.W.'s Monee home. L.W. has two sisters, both married. They also both happen to be on Facebook. One of them has a very distinctive name, so she's easy enough to find. I can't see her full page without having her confirm a friend request, and I spend some time trying to figure out how I'd explain that. Tell her the truth? Tell her she doesn't know me, but I'm curious as all get-out about her sister and this Roger B.? Ask her for the story? I know I have no right to disturb strangers' lives—and that's enough to keep me frozen, playing the cyber-voyeur, gathering what I can from public information. I check her list of friends and find the other sister, but not L.W.; she's nowhere to be found.

I could call her. I have her number. I could call and say her ad caught my eye because—funny as this sounds—I'm looking for Roger B., too.

She'd want to know how I got her name and number, and, no matter how curious I am, I know I wouldn't be able to blow the whistle on the editor who gave me her name. Maybe I could say something coy. Something like, “Small world. Smaller than we'd like to think.”

In the scenario I'm imagining, that's enough to stop her. She pauses, trying to decide whether to trust me. “So you know Roger?” she finally asks.

“Oh, do I know Roger.” I chuckle in a way meant to suggest that I have information she might find of interest. “L.,” I say to her, using her first name, to draw her even closer. “L., well Lordy, it gets hard sometimes, doesn't it?”

Maybe, relieved to finally have someone to listen, to be as close as this to Roger B.-maybe then, she tells me everything.

Monee, Illinois, is a village of a little under three thousand people located thirty-seven miles from the heart of Chicago. It takes me six hours to drive there from my home in Columbus, Ohio.

It's January, not long after the holidays, and there's snow on the ground. A cold day with a sharp wind. The flat, Illinois prairie land is barren except for the slatted snow fences and the woodlands off in the distance, the bare branches of the trees etched across a slate sky. I exit I57 and come into Monee on State Route 50. I make a left turn onto the main street through the business district, the street where L. W. lives. I cross a bridge spanning the Illinois Central railroad tracks, and there I am, downtown.

The street begins with a strip of row houses on my right. Christmas lights, the icicle variety, still hang from the eaves. A plastic penguin wearing a Santa hat leans against the railing around one stoop. I drive past the row houses and the LA Cends Hair Salon, the police and fire stations, the Village Inn Restaurant. Neon Bud Lite and Miller Lite signs hang in the restaurant's front windows. I turn my car around at the Saint Boniface Church, and head back, parking, finally, just past the post office, directly across from a red brick building that's been divided into two units. Each has a small stoop with a puny shingled overhang. The west unit, the one to my left, is where L.W. lives. I check the house number against my notes.

She has a picture window, and hanging in that window is a framed bit of stained glass—just a little pretty to spiff up the view. It's not the sort of place you'd expect a fifty-six year-old woman to live. It seems more like a residence someone maintains for a while before going on with her life. Maybe that piece of stained glass is there to remind her of all she dreams of having one day. Looking at it, I'm suddenly not sure why I'm here.

Then her front door opens, and a woman comes out onto the stoop, closing the door behind her, tugging on the knob to make sure it's locked. She's a woman who could be fifty-six, a woman with long red hair, the tint of which has faded some. A woman wearing a bulky canvas coat, black sweat pants, and white tennis shoes. A woman who looks like she's been through enough hard living to last her. L.W.—she closes that door with the care of an owner—the woman I've come to see, even though I can't say why. She stands at the curb, her hands in her coat pockets, looking up the street toward St. Boniface.

Maybe all I want to do is say hello and to hear her say that back to me. Maybe I want her to greet me, to welcome me to the land of dreams and second chances.

But before I can make a move, a car—a maroon sedan, its doors and fenders blanched with road salt-comes to a stop at the curb where L.W. is waiting. The man driving—a man with a hooked nose and gray hair, too shaggy for a man his age, a man with deep lines creasing his face—reaches across the seat and opens the passenger door. L.W. gets in, and they drive away.

Suddenly, I feel like I've been called here to bear witness to this moment, to believe that the man in the car is Roger B. Finally, he's arrived.

I sit in my car just looking at the spot where L.W. stood. I'll have the rest of my life to imagine what might have happened if I'd gotten out, crossed the street, and said hello to her.

Maybe she would have told me to leave her alone. “Crazy man,” she might have said, and I am—crazy for something I can't even accurately name. Something frightening and wonderful, catching me by surprise, striking me dumb, taking my tongue. All because I saw this moment—a woman getting into a car with a man. I can't find words for all that filled me.

Once, I was a young man. Once, I dreamed of love.

On the drive back to Columbus—even now—I imagine how L.W. might have looked at me with a knowing, sympathetic eye. “Oh, honey,” she might have said. “You came all this way?”

“Yes,” I would have told her—at least I like to imagine it so. Standing close to her in the cold, saying to her in a quiet voice, “I came because you called.”

‹ "Family Portrait: An Essay in Third Person" by Jill Christman up "Lifeboat" by Louise Desalvo ›