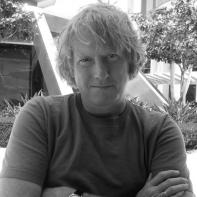 A native of Indianola, Mississippi, Steve Yarbrough is the author of three short story collections and five novels, the most recent of which, Safe from the Neighbors, was published by Knopf in 2010. His work has won both the California Book Award and the Mississippi Institute of Arts and Letters Award for fiction, and he has been a finalist for the Massachusetts Book Award and the PEN/Faulkner Award. He lives near Boston and teaches at Emerson College.

Superstition Review Editor Marie Lazaro conducted this email interview with Steve Yarbrough. She says of the experience, "through reading his novels, I came to appreciate that Yarbrough enjoys the uniqueness of relationships. I enjoyed his obvious deep love for his southern roots. He had a wonderful way of connecting with the reader. I am happy for this opportunity to interview him."

Superstition Review: You capture the essence of the road trip experience in The End of California: "that quiet edginess when a family travels together for a while." The children are upset they have to leave and the adults seem indifferent. Did you take many family road trips? Describe ways your personal experience feeds into your descriptions.

Steve Yarbrough: I didn't take a lot of trips with my parents when I was a child. We were a farm family, and my dad wasn't able to travel much during the summer, and we didn't have the money to do much traveling anyway. But when we did, it was always tense. I wanted to stop and see the things kids like, and my dad wanted to get it all over with and get back home. I took a lot of road trips with my wife and my two daughters, though, and I have to say that I often behaved just like my own dad. I wanted to get back home, lie down, read, watch some football. I did better whenever we went to Europe. Something about being on a plane or in a train seemed to make us all relax. I'd say some of that early tension works its way into scenes in The End of California.

SR: There is a great deal of deception, judgment, and secrecy in The End of California. What role do you see these behaviors playing in small town life?

SY: Everybody in small towns seems to know everyone else's business. People can see what's going on. Secrecy is hard to maintain. And everyone has an opinion—freely expressed—about everything.

SR: Alan often has memories of his past and is feeling the weight of his importance in the town. Discuss his sense of leadership and the effect of his powerful position in the town. How does it impact his life at home?

SY: Alan's own father left him and his mother, relinquishing his responsibilities. So Alan is determined to be the man his own dad wasn't. He lavishes attention on his son and his wife. He's good to his neighbors and to the people who work for him. Though politically conservative, he's not racist, as political conservatives all-too-often are, not just in the South but other places too. But unfortunately, he almost always believes he knows what's right, not just for himself but for everyone else too. And in the end, that's what wrecks his life and brings grief to his family.

SR: Race is a primary topic in Safe From The Neighbors. Please tell us why you chose to write about this issue. What did you do for research?

SY: The novel's set in the Mississippi Delta, in a town in which the racial mix is about 65-35 African-American to white. It's a place where race is on everybody's mind all the time. The town Loring is based on is still racially polarized. There's more public interaction between blacks and whites than there was when I was a kid—a lot more—but the gulf is still vast. In other words, it's almost impossible to write honestly about the place without writing about race. As far as research goes, well, I lived through the early '60s in the Delta, and I remember the days leading up to the central historical incident in the novel, the integration of Ole Miss. But I also read a lot of historical texts before writing the novel, and I will mention two of the most important: Paul Hendrickson's Sons of Mississippi and William Doyle's An American Insurrection: The Battle of Oxford, Mississippi, 1962. Both are great books about what really happened at Ole Miss.

SR: There is an obvious connection between the students and Luke. Tell us a little more about his character. Please explain why you chose history as his field.

SY: I think Luke feels like it's his job to help the students understand where they live—thus, his subject, Local History. When he grew up, he was lied to about the past, presented a version of it in which plantation owners had the best interest of their sharecroppers at heart, in which those who owned the land were thought to be in every way superior to those who merely worked it. Civil Rights activists were “agitators,” racists like Ross Barnett and George Wallace were God-fearing patriots, and JFK was out to destroy “the Southern way of life.” He sets out to correct the record. He's on a mission. But he mistakenly assumes that public heroes are in every way morally superior to flawed men like his father. So he has some lessons coming too.

SR: There are many similarities between The End of California and Safe From the Neighbors. Both share the same location and prominent themes of infidelity and murder. Please explain why you chose to link these stories in this way.

SY: I come from a place in which passions often ran high. It was a fairly violent place when I was growing up. A lot of the violence was racially-motivated, but not all of it. The mother of someone I knew was killed when I was a boy, and one of my close relatives was seriously wounded by a gunman. As for infidelity, it's always a ripe subject for novelists. Fiction thrives on secrets, and illicit lovers live secret lives.

SR: The personal lives of people are very important in both of your novels. Through them you reveal the dynamics of families, neighbors and school relationships. What do you expect your characters to bring to your novels? Which of your characters are your favorites and why?

SY: I suppose I'm drawn to people who are passionate and conflicted. They make the best characters, to my mind. They are rarely dull. Of all the characters I've written, these are probably my favorites: Seaborn P. Jackson in Visible Spirits (he's an African-American insurance agent and businessman circa 1900); Alan in The End of California; and, from the same novel, Pete Barrington's fifteen-year-old daughter Toni; and lastly, James May, the father in Safe from the Neighbors. That's how I feel tonight, anyway.

SR: You've said that in California the culture seems to live in the moment or in the future. Is this idea reflected in your writing? Where do you feel most inspired to write?

SY: The idea is reflected in my writing only in the sense that California could never inspire me to write much of anything. I'm drawn to places where roots run deep, and that's rarely what you find in California. Now, having said that, I wrote a lot of books in California—just not about it. I can write anywhere, but I loved writing in Oxford, Mississippi, where I lived across the street from William Faulkner's house. And I love writing here in Massachusetts. About two miles away there's a house that was built in 1687. Most of my neighbors have lived here all their lives. Their sense of place is as strong as anyone's.

SR: Tell us your transition from music to writing stories and novels. What prompted you to move on from one art to another? Describe the role music plays in your life currently.

SY: The first thing I ever wanted to be was a musician. I became a halfway decent one at a relatively young age. But I also wanted to play football, and I became good enough at that to land a football scholarship to college. Unfortunately, I also damaged the third finger on my left hand while trying to tackle somebody. I probably should have had surgery on it immediately, but I didn't, and it left me with one finger that won't always do what I want it to. Not that I was ever going to be a good enough musician to make it professionally. At some point, I realized that my writing ability was greater than any other ability I had, and since I'd always loved reading, I decided to see if I could make my way through the world with words. Music is still important to me, though. I play mandolin, mandola and guitar every day, but it's just for fun. One of my daughters is a fine singer and talented pianist, and both of my daughters are currently in relationships with musicians. So it's a fact of family life.

SY: Right now I'm writing a novel set a few miles north of Boston, near where I live. It has a mandolinist in it, a little bit of larceny, a touch of infidelity and quite a few secrets.