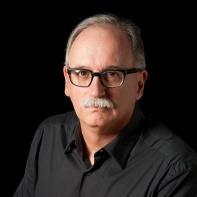 Jim Shepard is the author of seven novels, including Project X and the forthcoming The Book of Aron, and four story collections, including Like You’d Understand, Anyway, which was a finalist for the National Book Award and won The Story Prize. Five of his short stories have been chosen for the Best American Short Stories, two for the PEN/O. Henry Prize Stories, and one for a Pushcart Prize. He teaches at Williams College.

“Unearthing and Engaging Emotion,” An Interview with Jim Shepard

This interview was conducted via email by Interview Editor Patrick C. Dennis. Of the process he said, “It was fascinating to get to interview Jim Shepard, an author whose short stories were some of the first I read. I am grateful for him allowing me to ask him these questions. His answers show his devotion to style and his engagement with the world around him.” In this interview, he discusses his process for finding topics for his short stories, how he titles and organizes his work, and his attraction to extreme situations.

Superstition Review: In You Think That’s Bad, the characters are in stressful situations, such as the extreme mountain climbers in “Poland is Watching” who leave family behind in order to summit the world’s most dangerous mountain peaks. Yet we also see the depth of the characters’ emotional lives: their families, their loved ones, and their losses, which are ever present in their minds even as they go to the ends of the earth. What attracts you to such remote and dangerous places? What do you feel these extreme situations reveal about human nature?

Jim Shepard: There are a number of reasons I'm attracted to such situations, I think. Here are two: first, those kinds of wildly stressful—if not lunatic—situations tend to put the most possible pressure on the conflicts that do exist in the story. And second, situations like that are a useful way at least for me to fool myself into unearthing and engaging all sorts of difficult-to-explore emotions. Like most guys, I'm not dying to just sit down and start sorting through my emotional life. But I do find that by staging a situation like that for myself—one that I've discovered I've found fascinating—I begin to teach myself in the most useful sorts of ways.

SR: The topics you address in your stories are varied. In You Think That’s Bad you go from mountaineers to the family life of the creator of the Godzilla movie. How much research goes into creating these short stories? What initially attracts you to point of history?

JS: The amount of research varies, but it's always excessive. An old friend of mine, Ron Hansen, once caught sight of my research folders for a story called "Sans Farine" and was appalled at the amount of energy that had gone into just the one short story. As he put it, "Jeez. I could have gotten one or two novels out of all that." I pointed out in response that that was true, but that I had dedicated myself to doing all I could to put less food on my children's table. As for your second question, of course part of what I'm doing is trying to find out just exactly that: why I am attracted to that particular point of history, or science, or whatever bit of arcana, as opposed to another. We encounter dramatic and memorable narratives from all directions all the time, but some stick with us and resonate while others don't. In my case when something does lodge in my head I then want to start learning more about it. Sometimes I learn more and more and nothing comes of it, other than some happily nerdy weeks or months in which I'm buried in some obscure subject. Other times I learn more and more and I start to think, This could be a story. The difference usually has to do with how much my emotions, in complicated ways, have been engaged.

SR: Some of the stories in your most recent collection could very well be expanded into a larger work. I understand that you began your literary career by writing novels, which is interesting since many writers begin by writing short stories. What has driven this move toward short stories?

JS: I found myself getting more and more impatient with what I (and others) have called the furniture moving involved in novels—all of the set-up, the more leisurely pacing, etc.—and found myself wanting what I was doing to feel less like the Normandy Invasion and more like a guerrilla action. I've also found that while I've aspired to expanding the reach of my empathetic imagination as far as it would go, that's meant that some of the protagonists with which I've found myself sharing a desktop—like Gilles de Rais' manservant, who assisted him in his mass murders—have been the sort of sensibilities that I don't think I could spend three or four years with. My thesis advisor in graduate school, John Hawkes, always told me that I was more a short story writer than a novelist, and for a while I resisted his opinion, but for all I know he might have been right. Naturally, just as I start to believe that, I've written a new novel, which is coming out this May.

SR: Your short stories are generally told from the first person. What attracts you to that point of view? How do other POVs limit or inhibit the stories you want to tell?

JS: I've found that I've also wanted to address head-on the issue of the sheer hubris of what I'm attempting, and the first person seems to me the best way to do that. That I learned the hard way, after having failed for six years to write about Aeschylus from the third person, or from other points of view. I think fiction offers at least two sorts of very different pleasures to the reader: either the God-like pleasure of a mobile and/or omniscient point of view that grants the reader a capacity that the reader normally never gets to experience, or an immersion in the limitations of one point of view, which has the potential to both intensify the experience of empathetic connection and stages for the reader as well the limitations with which the reader is always living: the challenges of trying to figure out other people on the basis of their behavior. I'm very attracted to the latter pleasure. I'm also preoccupied with the ways in which we tend to fool ourselves, and the first person is of course very supple in demonstrating that.

SR: The characters in You Think That’s Bad all seem a little off-beat; they aren't the smartest, toughest, or even most skilled people. For example in your story “The Track of the Assassins,” we get into the mind of female British travel writer Freya Stark, who in her obsession with an ancient Shia Sect travels to Iran on an ill-fated journey into dangerous territory. Freya Stark's likelihood of survival in this landscape is slim and one might call her mad for attempting what she does, but she does it anyway. How do your characters find themselves in these predicaments? Could you speak to your use of conflict in composing these stories?

JS: My characters are almost never the alphas, though they may have many admirable traits. Even Aeschylus, since that part of his life I chose to write about was his service as a hoplite at Marathon. I'm much more interested in those who don't have all the power, since that's most of us, and because I'm interested in well in the way we tend to be complicitous with those who do have more power and want to do things we should resist. Most of my characters are also very gifted at both being obsessive and shooting themselves in the foot, especially in emotional terms, and so of course that tends to be reflected in their other life decisions, as well.

SR: One of your pieces that I felt spoke very well to modern times is “The Netherlands Lives with Water.” In this story we see two Dutch parents who both work in the department that is responsible for keeping water out of the city of Rotterdam, which ultimately is futile no matter how much technology and ingenuity the Dutch have put into the barriers that keep the water out. I felt this was a beautiful and terribly sad example of climate change. What role do you think literature will play in addressing large problems in the world such as environmental issues, wars, or whatever catastrophic event will happen next?

JS: Alas, I think literature will have only a tiny part to play, since its role in our culture—at least in American culture—is shrinking so rapidly. I hope I'm wrong about that, since I believe in literature's power to change those who encounter it.

SR: What is your process for organizing your short stories into collections?

JS: That's a good question. After having decided what should begin the collection and what should end it, I lay the first and last pages of each story out on the floor, and start to see what should follow what, in terms of voice, tone, type of story, etc. It's not what I would call a scientific process.

SR: What is most important to you when titling your work? What elements of your stories do you try to capture in their titles? How does that extend to titling a collection?

JS: With my first collection I did the traditional thing of choosing one of the story titles, and boy, did that backfire. I chose "Batting Against Castro," and for years afterwards heard from readers who would say to me that they'd read all of my works "except your sports book." Sigh. So with the last two collections I chose lines from the stories instead: lines that I thought captured in some ways the collection's sensibility. As in: well, if you didn't like the title, you probably wouldn't like the collection. I suppose the same is true for the way I title individual stories. In the latter case, like a lot of writers I do tend to try to find the language of the title within the story itself.

JS: Other writers have influenced me endlessly and decisively and contradictorily and every other possible way. How could they not? Maybe the most strikingly useful advice a writer gave me in person again came from John Hawkes, who always badgered me to look for the weirdness in my work. There was plenty there to find, but it was nice to have permission to indulge it.

SR: What made you want to become a writer?

JS: Like a lot of people, I came from a pretty dysfunctional family, but one that still in its own way was filled with love, so I was always dissatisfied with what seemed to be the normal channels of communication.

JS: My wife Karen kids me that it's much neater than the rest of the spaces I tend to inhabit. Maybe I'm trying to fool myself about my level of organization. I have a big table-like desk that looks out on a forest, and I work on a small laptop. And I'm a room over from our three beagles, which helps keep me from procrastinating.