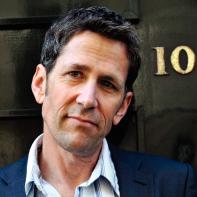 Jess Walter is the author of six novels, including the bestsellers Beautiful Ruins and The Financial Lives of the Poets, the National Book Award finalist The Zero, and Citizen Vince, the winner of the Edgar Award for best novel. His short fiction has appeared in Harper’s, McSweeney’s, and Playboy, as well as The Best American Short Stories and The Best American Nonrequired Reading. He lives in his hometown of Spokane, Washington.

“Narratives of Our Lives,” an Interview with Jess Walter

This interview was conducted via email by Interview Editor Monica Petersen. Of the process she said, “I was eager to interview Jess Walter because his recent novels were such a huge hit. I wanted to get to the root of his process and the ideas behind his stories. I admire his honest and insightful answers.” In this interview, Jess Walter discusses journalism, fear, and crafting the voice of a piece.

Superstition Review: Your novel Beautiful Ruins contains two intertwining narratives set in present-day Hollywood and Italy in 1962. What was your approach to crafting these two distinct timelines?

Jess Walter: The structure was a sort of combination of time and failure. I wrote the book, off and on, for fifteen years and the longer I worked on it, the more I became interested in time and storytelling as thematic concerns. I’d hit a wall with one story and come back to it through a different time, with a different form. Often, the difficulty in a story—the thing holding you up—turns out to be the most interesting part of it. Each time I returned to the story from a different character’s point of view, in a different time, in a different form, I felt it become deeper and more interesting to me.

JW: I think we’re all beholden to the narratives of our lives, the stories others tell about us (parents, friends, siblings) and the stories we tell about ourselves. We carry all these stories around with us and they limit us or, if we’re lucky, we use them as fuel for reinvention, for redemption. These make for the great conflicts and sudden shifts of fiction.

SR: In The Financial Lives of Poets, poetry functions as chapter openers and section breaks. What was your approach to integrating poetry into this novel?

JW: At first I just thought the idea was funny. Matt, the protagonist of that novel, happens to be a half-assed poet, which is probably the only sort I’m capable of writing. Had he been a better poet, I’d have likely had to bring in a poetic pinch hitter. I made a sort of connection between poets and newspaper writers (neither form is exactly thriving commercially) and liked the idea of Matt’s free-verse poetry losing steam, the prose leaking in.

SR: One of my favorite quotes in The Financial Lives of Poets occurs at the beginning: “I read once that we can only fear what we’re already afraid of; that our deepest fears are the memory of some earlier, unbearable fear.” Is this true of all fears? How did you approach the discussion of fear in The Financial Lives of Poets, especially when reflecting upon the 9/11 terrorist attacks?

JW: I do think our fears do echo. The Financial Lives of the Poets was the book I wrote after The Zero, my novel about the aftermath of the terrorist attacks. Americans went into the twenty-first century full of juice and confidence, with the self-importance of being the world’s only superpower. The terrorist attacks and the financial collapse were a one-two punch to our sense of security, but also to a kind of complacency, I think, a reminder that there are no guarantees. For me, the novel came about directly from a phone call from a woman who wanted to talk about The Zero and kept saying 7/Eleven instead of 9/11. So I started writing a book in a 7/11.

SR: Your earlier books have been classified as detective novels and crime thrillers. When starting a story, do you decide on a specific genre or focus on a particular audience?

JW: I never really thought of my early novels as crime stories. I just thought of them as stories. I tend not to think about genre or audience much. Not that I don’t want to please readers—of course I do—but when I’m writing, I’m really just trying to think about the story itself. What does it seem to want to do, what’s the best way to tell it? If it was possible, I wouldn’t give a thought to “marketing” or who is going to publish it or where the bookstore is going to put it. At the very least, I don’t think about it until the thing’s all done.

SR: In an interview with The Rumpus, you said you think in terms of structure because you’re a novelist. How does structure inspire and influence your work? Is the structure of a story the first aspect of it to emerge?

JW: I do think in terms of structure, but that emerges over time. The first thing, for me, is the voice of the piece: what it sounds like to the ear, the length and tempo of sentences, the cadence, the tone. Next, usually characters start to emerge. But I don’t admit to myself that I’m writing something until I can impose some kind of story structure on the mess of sentences. None of these things, though, is separate from the others. Within that very first sentence, I hope, the story exists like a strand of DNA.

SR: Many stories in your new short story collection We Live in Water deal with father-son relationships. What about this type of relationship lends itself to story-telling? How do you craft these relationships in such a realistic way?

SR: In your story “Thief,” the adults have names but the children do not. Will you please discuss this choice?

JW: At first calling the kids by their birth order was part of the idea of the piece—that I’d write a domestic story like a detective story. (What happens when a dad treats his kids like suspects in a crime?) But that shorthand became a nice way to show the gruff father’s deep, complex feelings for his kids—his constant awareness of when they showed up, his fears that he’ll let them down, that he doesn’t quite understand them. That relationship (youngest, oldest, middle) to him, is both a kind of distance and the thing tying them together.

SR: We Live in Water has a distinct story progression, especially with the choice of the ending story, “Statistical Abstract.” How did you organize the book?

JW: I felt like the book could hold a thematic structure more than a narrative one. The biggest decisions were the first story and the last story. I wanted the first story to announce the main themes of the book: the empathy I wanted readers to have for the characters in the stories—the sorts of people we normally drive past without acknowledging—and I wanted the last story, “Statistical Abstract” to pull it all together, to work as a kind of key to the whole map.

SR: Your earliest published book was about the stand-off at Ruby Ridge, which was an event you covered as a reporter for the Spokane Spokesman-Review. How did the publication and popularity of this nonfiction work influence your fiction writing? What differences do you find between your fiction process and your nonfiction process?

JW: I trained as a newspaper writer, so that led naturally to the book I wrote about Ruby Ridge. Journalism is an incredibly effective path to becoming a novelist; you write with discipline, under deadlines, with an economy of language and an emphasis on research, on confronting the world, learning how to understand systems and bureaucracies. I worry that the struggles of newspapers (besides being bad for our culture) will be bad for the creation of a certain kind of novelist (less precious with language, more attuned to the world outside academic life, more likely to write social novels.)

SR: In an interview with The Daily Beast, you said that “fiction tends to pull me further away from my life. When I’m deep in a novel, I don’t pay bills and I walk around in one shoe, drinking two-day old coffee, and calling my kids by the wrong names.” How long does it take you to get back into your life after the novel is finished? And what does that process look like?

JW: After twenty years spent writing books, this IS my life. I still can’t find that other shoe.