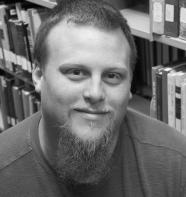 The opposite of my foot: thus, the concrete.
The cinematogrpahy of milk-white snails big as campaign
buttons: their shells rustling together on the branches
of blue thistles in winds I've never visited.
The space between the image and its evidence:
the vase and its two profiled faces—not distraction,
but images on the same focal plane like an essay
on the subject itself. And the eyes: a place to rest.

Defined: he paints the bereaved, their cargo,
their errands, loyalties. Their shadows incapable
of themselves: what survival will involve is unclear.
And this man, at the cusp of the ocean—I'm nowhere
near him. I'm at the beginning, and I have no quarrel
with light or water or man, or the organized lying
of colors: faith without eyes. Texture: if there should
be a firm hand. I can do no better than to listen.

In one of Fischl's Scenes of Late Paradise, a man,
juts of clouds or rocks, both black against the blue sea—
and this man froths through the white sea as essence.
The grinding of empty shells and bosom swells,
the innocence of fault, like calling the ocean a pool,
a rock a pebble, a tiger a cat, a painting a picture,
or maybe a periscope pointing south, under the horizon:
its mountains and oceans—phantoms.

The sunburned view, overheard—just plain quiet.
How like brigands we are, living on silence and
a long walk on air. A voice speaking above a whisper.
A hidden place near dawn, a place north-of-no-avail.
Our secret: we’ll row to the fear of hiding: a seafaring
man knows the sound of oars close to the wharf.

Me myself in the summer heaven, godlike, brushstroked,
swirled uncommonly large, and in the foreground
is the background: an unhappiness born by the paint
and the canvas. The good news: my silhouette
is aggressive, like a tumor on a deer. The bad news:
the deer never survives the night.

I have an extra pair of goggles, a grandfather
I’ve never met, a prehensile comprehension
of mirrors, two eyes that do adequately recognize

a leap year. I eat more when someone
else pays, and I have decided to build a house,
to expect warmth. I have moons

for a heart, drapes for drapes, and
too much kindness, so when your shoes
fall out of the helicopter, I’ll fall

after them. Hello ghost, let’s use
one another, let’s be a face in the fireplace.
The Earth’s atmosphere doesn’t have an end-point,

but becomes thinner and thinner until
it doesn’t exist. I have the next afternoon,
a screaming child. I have immeasurable orchards.

A deep pool to swim in a single breath: the pressure
on my cheeks to hold my lips sealed. I have made
someone cry, and I’m sure I’ll do it again.

This is the way in, through posture. Outside, the robins
break. Define warble as two women, having just met:

God, you are so gorgeous. My mouth on your mouth, my mouth—
when I press my fingers to my forehead in prayer,

it’s the long breeze I wait for, the hollow my mouth makes
on Ahhh- and before -men. Your clavicle under my tongue

is a runway at night: it always looks like I’ll overshoot
the landing. The speed of darkness. What fears me?

“Practice resurrection and predict the months,” one man
orders the other men. What war was that? As a boy

I found a pregnancy test in the backyard. Two blue lines.
The baby born nine months later, a good-bye knot

in my stomach, was lulled by the light and so came barreling,
red and burning of body, into the world. That baby was rocked

to sleep like any other baby, left home eighteen years later
to learn the world, and came back blooming in sighs.

Having pulled the jade from the pot—
the roots like your hair and the blanket
that covers you. The average male lion

ejaculates thirty times a day while mating,
but the intercourse lasts only a moment each time.
Thank god, says my wife. Clouds are backlit

when something fails to fill them: altitude,
reflection, water, light. There’s nothing
so selfish as sleep. The fade of months

like all plants have roots, like I read
my Gnostics at recess. This intrusion
doesn’t bother me. Holy creatures and wheels:

the difficulty of gladdening. Nothing’s written
in blood, really—this pot that’s faced the window
all winter has faded from earth-tone to wonder-

creeping-behind-me, and for a long time
you’ve confided in me. Then your arms around
my shoulders, a coffee mug in your dirtied hands
to ease our wait for the lengthening of days.