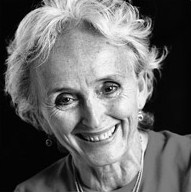 Beverly Lowry was born in Memphis, grew up in Greenville, Mississippi and now lives in Austin where she is working on a book about another case of multiple murder, the unsolved killings of four young girls in Austin in 1991, in I Can't Believe It's Yogurt Shop. The recipient of a Guggenheim Fellowship, an NEA fellowship and the Richard Wright Award for Literary Excellence, she is the author of six novels and three books of nonfiction, she teaches at George Mason University and is currently Writer-in-Residence at Goucher College in Baltimore.

Superstition Review Editor Stacie Fraser conducted this e-mail interview with author Beverly Lowery. She says of the experience, "I enjoyed reading Ms. Lowery's book Crossed Over and I'm thankful for the opportunity to gain insight from her interview. Her book is touching and emotional as she discovers what life has to offer before and after life changing events. Her story shows readers that new relationships can help bring closure and different perspectives to life experiences and restore faith. It was truly an honor to interview Ms. Lowery, and I thank her for her time."

Superstition Rewview: Your novel is about a lady, Karla Faye Tucker, who was on death row. Describe how you chose her to be the subject of your book.

Beverrly Lowry: I'd been studying a newspaper story about her life and crime, as well as her religious conversion and her determination to do good works in order to make up for the terrible thing she'd done. I kept wondering as I read how a person who looked and seemed a decent—even good—human being could have done such a brutal, unimaginable thing. I wanted to see if meeting her would help me understand that. So I wrote her. And then I went.

SR: Although the title of your book could be specific to the idea of crossing over into heaven after death, explain your choice to name your book Crossed Over.

BL: Has nothing to do with death or heaven, or hell for that matter. Has to do with my own wonderment that, although there was always a sheet of Plexiglas between us and we never touched physically; although our lives had been extremely different; in many ways we pushed through all of that, crossed over it all, and met in one place, kind of like meeting—we would say today—on an iDisk Cloud.

SR: It is interesting to see that Tucker gained spiritual awakening on death row. How did her experience in jail lead to this new understanding?

BL: She became a Christian far earlier than that. Her conversion took place in the Harris County jail, shortly after she was arrested, once her system was free of drugs, while she was still awaiting trial. Many television, radio, and periodical reports which emerged during the week before her execution assumed her conversion was a kind of last-ditch thing, cooked up as a way to save her life. Governor George W. Bush was one of those who believed that. It was not true.

BL: I'd been writing reportorial feature pieces for a couple of magazines so I'd grown used to the interview process, which often is not easy for a fiction writer used to sitting in her room making things up. For Crossed Over, I began with conversations with Karla. Then after I told her I wanted to write a book about us both, and she agreed to participate, I went to Houston, to the Harris County criminal court, and began reading the lengthy trial transcripts: first Karla's and then her partner Danny's. Then came lawyers, the judge, more lawyers, policemen, and friends. I read many many books about the death penalty and the history of executions and executioners, as well as factual accounts of murders and murderers throughout history. I usually organize documents, papers, and photographs in hard files, arranged chronologically, and use them to make an exhaustive timeline.

SR: You went into this project knowing that Tucker would be dead sooner than most and formed a relationship with her. Explain the difficulties you encountered when she died.

BL: I did not know that she would be dead sooner than most. She had a pretty good chance of having her sentence commuted to life, especially considering the excellent appeals lawyer, George "Mac" Secrest, who represented her...pro bono of course. I saw her a week before she was executed, which I wrote about in the new prologue to Crossed Over. By then she knew, and I knew, that there was little chance she wouldn't be killed. She was radiant, expecting soon to enter Heaven, where she would see her mother again, and my son. I was heartbroken. Sometimes when I think of her, I still can't believe they killed her and took so much life and spirit from us all.

SR: Explain how this unusual friendship with Tucker allowed you to cope with the death of your son.

SR: Discuss your thoughts about the film based off of your book. Explain how involved you were in this process.

BL: I went to Toronto where the film was made. I was told they would give me a chance to edit or at least make suggestions that they would follow. This did not happen. I was sorry they got things wrong about Karla mostly. It amused me to have Diane Keaton tell the prison guards her name was mine. Her clothes were not anything I would ever wear. Peter's father was thin, not heavy-set. We never drank coffee out of delicate china cups with saucers. Stuff like that gave me pause.

SR: Describe how your husband dealt with your decision to befriend a prisoner.

BL: Glenn was completely supportive of my choice to do that.

SR: Discuss how your nonfiction book might change people's views about the death sentence.

BL: To get to the heart of the question, I hope that readers will perceive the women I describe on death row at the time as human beings, not monsters, not exclusively killers without any other identity. I would hope that readers would then perhaps find in their hearts and imaginations the tiniest speck of a thought that says that because murder is wrong, we should not as a country, as a state, as a society, be in the business of killing people.