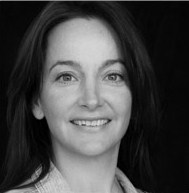 Jenifer Rae Vernon's first book of poetry Rock Candy was published by West End Press in 2009. Rock Candy received the Tillie Olsen Award as the best book of creative writing that insightfully represents working class life and culture from the Working Class Studies Association, SUNY, Stony Brook, in June of 2010. In August of 2009, Garrison Keillor selected a poem from the collection, Blackberry Pie to perform on Writers Almanac. And in October of 2010, Keillor selected a second poem from the book, Ketchican Wrestling for Writers Alamanac. Currently, Vernon lives in Juneau, Alaska with her husband and teaches Communication at the University of Alaska Southeast.

Superstition Review Editor Stacie Fraser conducted this email interview with Jenifer Rae Vernon. She says of the experience, "I was excited to get a chance to learn more about Jenifer Rae Vernon because I enjoyed her poetry in Rock Candy. The rhythm in her poems and the dark landscape allows readers to imagine the stories vividly. The poetry incorporates memories from Ms. Vernon's childhood and expresses the difficulties that every family deals with. Her collections allow readers to recognize the hardships and bitter aspects of life, while at the same time reminding readers to see the sweet sides. I thank Jenifer Rae Vernon for her time and beautiful poetry. I will be eagerly waiting for her second book."

Superstition Review: You once stated that you "learned, that plain old words could shine glorious if they are bowed and rearranged right—and that sometimes the rhythm says more than the words themselves." Explain how the rhythm in your poems conveys deeper messages to your readers.

Jenifer Vernon: Here, my use of the word 'bowed' is instructive. I was thinking of listening to my dad play saw on one of his handheld work saws. He'd grip the handle in one hand, extend his arm, and wedge the other end against his shoulder. Then he'd bend the saw up and down while thumping it with his fingers. It made a strange warbly sound. Listening to him play, the rhythm transformed an ordinary tool into something eery and magical. Likewise, the rhythm of spoken language can change the meaning of the words. Growing up, I used to sit quietly and listen to my great aunts and uncles and grandparents tell stories. They have a way of speaking that is sparse and direct and it has a particular rhythm. It communicates an experience of shared class hardship and a wry sense of humor. I often hear this voice when I sit down to write poetry. It wants to be spoken. I break my lines in accordance with its rhythm. I do so to try to create an experience in the reader or listener of the spoken language. For me, this is an important part of the poetry.

SR: In Rock Candy, the female characters are battered but strong. Discuss your approach to writing women in your poetry.

JV: I think this comes through in the first section of the book, "The Misery Whip Years" and in the section, "Elegy for Chastity." A misery whip is a long saw with a handle on both ends that two people would use to saw down trees. The poems in the Misery Whip Years section are based on my great aunts and uncles and grandparents. They lived through the Depression era and worked in logging camps and in other kinds of labor conveyed in the poems in this section.

The poem, "Rock Candy Ladies" is based on some of my great aunts and great grandmas. What I was trying to do in this poem is bring about a sense of beauty and respect for them in the reader or listener, without masking the hard parts of their lives. In fact, the difficult lives they have lived, contributes to my respect for them and sense of beauty about them that I hoped to convey. I wanted to convey a rich and deep beauty, a painful beauty, something you can't let go. In terms of writing women in my poetry, I choose to write poems about women whose lives and deaths haven't been given sufficient attention or recognition.

JV: In addition to the words, the rhythm plays an important role communicating rich and deep beauty, a painful beauty, emotions you can't let go.

SR: In your poem "Elegy for Chastity," did the constant point of view changes create difficulties for you to achieve the steadiness of the story? How did you overcome that?

JV: In "Elegy for Chastity," I was tasked in a graduate writing workshop taught by poet Quincy Troupe to write a twenty-page poem. I thought carefully about the subject matter, what topic would merit that long of a poem? I decided to do a poem based on the life of a childhood friend who had been murdered by an ex-boyfriend. Her name was Chastity Bartram (1970-1998). While the poem is based in Bartram's life story, it incorporates segments of life stories from other women I have known who have had similar experiences. The poem is an amalgam of many into one. I use this same approach in "Yellow Plastic Princess," a piece about sexual abuse. It begins with an individual but becomes the story of many. For me it is more challenging and interesting to write in this way. And when the poems incorporate my experience too it helps diminish narcissism, which can kill a poem and blunt its healing and transformative potential.

SR: The six sections of Rock Candy lay out a dark landscape. Where does the edge come from?

JV: The edge comes in large part from the book's poems that aim to reveal working class lives and a working class cultural context. But my aim is not to conjure a dark landscape and leave the reader or listener suffering there—I aim to bring them out the other side. When Garrison Keillor read the last poem of the book, "Blackberry Pie" on the radio on Writer's Almanac, some of my family members tuned in. My mom and one of my nephews drove out to the job site and sat in the truck with my dad listening to Keillor's reading. Hearing the poem was exciting for them and fun and they felt proud. One of my uncles called me minutes after the reading, laughing, and congratulated me on getting the story right.

I've had audience members come talk to me after performing "Elegy for Chastity" and thank me for putting that story out because it resonates with their own experience that they have never spoken publicly. Their faces are relieved, as if it helped shift the burden of silence and misplaced shame. I think rather than aim for darkness or lightness in a poem, poets should aim to be truthful. This helps us do social and political work with our poetry.

SR: In the poem "Ketchican Wrestler," you mention the military, "halt the combat / that makes ours Vets / and Satan's Rich." Explain how your anti-war feelings strengthen the message of this poem about your family.

JV: You ask me to comment on "Ketchican Wrestling" and the last lines, "halt the combat / that makes ours Vets/ and Satan's rich." And you ask me to, "Explain how your anti-war feelings strengthen the message of this poem about your family." Garrison Keillor recently selected this poem to read on Writer's Almanac and I got some great e-mails from people who heard him read the poem on the radio. One lawyer in Washington DC who had heard the poem on her way to work wrote about her anger at the war, and explained that she too grew up in a small town, and that her father was a high school wrestling coach. She understood the ways in which young working class men (and increasingly women) can move the toughness they've been trained in and cultivated through their hard work in sports like high school wrestling, to the military after they graduate. Recruiters in working class communities can use this kind of logic to draw in youth with few paths out. Most often though, even when there are promises of college, they'll be used down low rather than up top in the military. And each precious body, and each precious life, will be jeopardized. This poem is really not about my family, although I reference them, it's about working class youth in the US Military and those thinking about joining.

SR: Your poem "Flame" is about one of your friends who died from breast cancer. Explain your choice of "Flame" for the title of this poem.

JV: The poem begins with "I miss her when she wore red lipstick / when she was vivacious / when her grasp was firm / when she gripped you with her gaze / and shook you." I wanted to set up a contrast between life and death in the poem. The images in the first stanza are full of vitality. She had a taffeta dress that she wore to parties sometimes—it was iridescent pink, orange, red. I call it "flame" in the poem. It's another symbol of vitality. Fire is a tremendous force, yet fragile too when it is a flame. This woman was one of my friend's that I met through doctoral work in Communication at the University of California San Diego. Her name was Soek-Fang Sim (1972-2007). When she was dying, fires broke out in San Diego and the sky turned an Armageddon rust, winds whipping up, dry air and smells of burning things that get caught up in the flash like vinyl siding. Cancer seemed like this kind of fire, fierce and attacking. Flame is something essential that all living beings have, life force, not out of whack like cancerous fire. In addition to the life/death dialectic that plays out in the poem, I tried to bring out the relationship between Sim and her husband. He was my friend, too and I wanted to convey the support that they grew for each other through her battle with cancer. I tried to capture this in "Flame" and in the poem before it, "Whatever Helps Her Struggle." They are meant to be read in order.

SR: You are a new, talented author. What goals do you have for your next publication?

JV: I live in Alaska now and I have new work about downtown bears, sex in salmon hatcheries, and barking ravens. I still have poems coming from stories of relatives that want to be told and these are taking shape. I got married for my first time this past year and we're expecting a baby this summer—the first for both of us. These experiences are opening up new kinds of writing for me. I don't know what the title of my next manuscript will be yet. But I'll use the same process as I did with Rock Candy. I will write and revise and perform out until each poem is done and then print them all out, look through the pile, and see what themes emerge. Some won't fit and they'll have to wait, or be "published" through their live performance. Then I'll look for names of chapters and finally a title. It was an honor to be published by West End press and I have learned much and been inspired by the gatherings of West End poets that publisher John Crawford has organized. I plan to stay involved indefinitely with West End happenings and recently, I have been asked to join the board and accepted. For my next book, I'll seek out publication with another press.