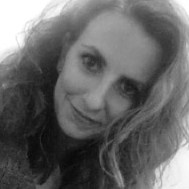 An award-winning photographer/artist, Drucker has for the last 15 years had her work exhibited throughout the United States, Europe and Russia. Her work has also been featured in Black & White Magazine and covered in many publications, including The New York Times. "While my work is an interpretation of my life and experiences, it is important to me that it affects others and enables them to explore, imagine and question," says Drucker. Drucker was born in New York City. She currently resides on Long Island with her husband and three children. She received her MFA (Master of Fine Arts) from Long Island University. In addition to her international exhibit experience, Drucker's work is part of the permanent collection of the Womens Museum of Art in Abruzzo, Italy.