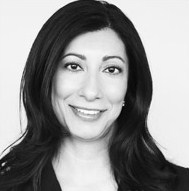 Rishma Dunlop is an award-winning Canadian poet, playwright, essayist, and translator. She is the author of four books of poetry: White Album, Metropolis, Reading Like a Girl, and The Body of My Garden. Her publications as editor include Art, Literature, and Place: An Ecopoetics Reader, White Ink: Poems on Mothers and Motherhood, and Red Silk: An Anthology of South Asian Canadian Women Poets. She was awarded the Canada-U.S. Fulbright Research Chair in Creative Writing at Arizona State University (2009-2010). Her new book, Lover Through Departure: New and Selected Poems, will be published in fall 2011. She is a professor of English and Creative Writing at York University, Toronto.

Nonfiction Editor Kimberly Singleton conducted this email interview with Rishma Dunlop. Kimberly described the process this way, "It was fascinating to learn more about the writing style and process of Canadian Fulbright Scholar, Rishma Dunlop. Throughout her work, she weaves international culture, personal experiences, and a keen understanding of language which essentially culminate into insightful texts. Ever since Ms. Dunlop spoke at ASU in Spring 2010, I was intrigued by her work and was thrilled at the opportunity of being able to interview her. Ms. Dunlop may write across genres, tapping into poetry, nonfiction, and academic essay, yet she remains true to her aesthetic, incorporating artistic tropes and thoughtful consideration into her writing. I'm appreciative of her time and all that she taught me about her work."

Superstition Review: In your opening remarks at the Arizona State Fulbright reading, you mention that the poem, "Reading Like a Girl: 6," concerns a reading child and the passion felt for this activity. Why is it important for you to make that gendered distinction in your poem of how a girl would read as opposed to how any child would read?

Rishma Dunlop: Yes, it is important for me to make the gendered distinction in "Reading Like a Girl." In fact, the poems in this collection reflect my own perspective, a female perspective that began in my early childhood and developed through girlhood, adolescence, and adulthood. For me, reading is a cultural activity that shaped my identity and is generally influenced by gendered experiences and socio-cultural and historical factors.

SR: I am enthralled by your ability to capture the magical quality of reading in "Reading Like A Girl: 6," especially to the degree that the "real" world becomes lost in the world of the story. How were you able to capture this spirit of reading in your poetry? Perhaps you could also discuss the emphasis on Tolstoy.

RD: Thank you. That's a wonderful question. I'm always trying to capture and convey to the reader that element of "magic" that you mention and that sometimes transports us into imaginary worlds. As a girl, I was often transported, especially by Tolstoy. I broke my leg in three places when I was twelve and spent an entire summer in a ten-pound plaster cast. During that time, I emptied the small public library of its Russian authors; I devoured War and Peace, Anna Karenina, Chekhov's short stories, and Pasternak's Dr. Zhivago. They carried me into that magical space in which the real world becomes lost in the world of the story, and that is the experience of reading that I try to convey in my poems.

SR: In "Reading Chekhov" I enjoy how you transition from the 'actual' story written by Chekhov into the imagined world of the reader. Please discuss some of your reasons for altering Chekhov's world.

RD: I believe all writers become writers because they read. Then they try to convey their own experiences within the tradition of what they have read, or in conversation with what they have read. Personally, I don't think of it as altering Chekhov's world, but as enhancing, amplifying, building upon the authors we have read and loved. Writing, for me, becomes a lifelong discourse with others. This is what Adrienne Rich calls the "grand conversation." I believe she is right; it is exactly that, a conversation.

SR: After revisiting "Reading Chekhov" after the public reading, I noticed that the last line, "...afterlife of spine cracked open," was omitted. I'm curious as to why this was left out. Why did you decide to end the poem at "Meet me there in that story..."?

RD: When I give a public reading, I often edit as I go along. But more importantly, when I rehearse my reading, I often find myself rethinking the poem, sometimes even dropping lines and stanzas. This has more to do with the performative aspect of a literary reading. The text remains as it was composed on the page, but when I perform it orally, I will often be more playful, experimenting to keep things fresh, making them new. Let me give you an example. I ended the poem with "Meet me there in that story..." because this was a good ending for this poem as it also provided a natural segue that set me up for the reading of the next poem. The next time I read it to a different audience, I may choose to end the poem differently, depending on the other poems I choose to perform.

SR: The poem, "Film Noir," contains elements of displacement reflected throughout your other writings; a woman enters "each city limit" where there is a "border to be crossed" and "every language [is] a new currency." Please discuss the relationship between the title and content of the poem. How has film or the film noir genre possibly influenced this piece?

RD: I love watching film noir from the 50's to the present. I'm just as enamored with the repartee in Casablanca as I am with the dark sexual innuendo of The Night Porter. In this poem, the title "Film Noir" is used quite intentionally. The poem is driven by certain ideas that have haunted me since childhood, the crossing of borders, the ways in which we carry our identities and inheritances, the symbolic weight of images such as red shoes, passports, the mother's rubies stitched into the traveler's skirts. I wanted to convey the complexity of an amoral world, one in which an undercurrent of cynicism, post world war ambiance is present. For me, the contemporary world of cities can only be viewed through a lens that shows us that the good aren't always as good as we imagine and the bad always happen to have a redeeming quality to them.

SR: When you read the selection from White Album about your culturally-blended wedding, I recognized it from a section of your essay, "Memoirs of a Sirdar's Daughter in Canada: Hybridity and Writing Home," from the volume of essays edited by Vijay Agnew, Diaspora, Memory, and Identity: A Search for Home. What were your reasons for converting this prosaic memory into poetic verse?

RD: That's a good question. There are certain stories we retell again and again in different ways in order to understand them. This is one of them and it is one of the most important stories of my life. It resurfaces in many forms in several books of poetry and in my radio play "The Raj Kumari's Lullaby." This wedding is central to my life. But then, all weddings are central to the mythology of our lives, aren't they?

SR: In "Memoirs of a Sirdar's Daughter in Canada..." you articulate an experience of cultural displacement much like what Jhumpa Lahiri describes in her work with Indian immigration to the United States. Indeed, you even mention Lahiri's Interpreter of Maladies in your essay. How has Lahiri's work influenced, inspired, or encouraged your own thoughts on cultural displacement?

RD: I think the type of displacement described in Lahiri's work is interesting, but it hasn't influenced me because my own experiences are quite different as a Canadian who grew up in English and French Quebec.

SR: Also in "Memoirs of a Sirdar's Daughter in Canada...," you mention that your work as a writer is "driven by the desire to write against such locations as Britain where hybridity has not historically been allowed...[encouraging diasporic individuals] to shape selves and identities that are rooted in their ethnicities." How has writing allowed you to articulate this hybridity?

RD: As I'm sure you've noticed, hybridity appears throughout my work. To me, hybridity is an answer to a problem of identity. It allows me an engagement with the kind of complexity that I feel has shaped me as a person. In my academic work, which is interdisciplinary, hybridity is a way of bringing in various influences to bear on a single subject. It is also, as Marshall McLuhan said, a way of releasing new energy. On a personal note, hybridity, whether as collage, mosaic, or in my poetry, is very liberating to me; its framework and linguistic possibilities allow me to express my multi-lingual, multicultural self.

SR: Continuing with thoughts on hybridity from "Memoirs of a Sirdar's Daughter in Canada...," what is unique about Canada's literary history that allows hybridity to flourish?

RD: There's nothing unique about hybridity in Canada or the U.S. or Afghanistan, or anywhere else in the world. Hybridity is an ancient concept, as ancient as the mosaic or the Pre-Socratic fragments. But since the Enlightenment, hybridity has existed in the Republic of Letters as a way of gathering disparate bits of knowledge and unifying them under a single focus. The French Encyclopdistes used hybridity to overcome compartmentalization and specialization. Francis Bacon, in his essay "The Advancement of Learning," calls it "broken knowledge" and argues for it and against "method" because it is a way of spontaneously accessing new thoughts.

SR: As the 2009-2010 Resident at ASU's Virginia Piper Center for Creative Writing, it's mentioned on your website that in addition to guest lecturing and reading, you were also working on a hybrid novel, Midnight at the Algonquin Hotel. What can you relate about this forthcoming project?

RD: The novel is in progress. During my time as Canada-U.S. Fulbright Research Chair in Creative Writing at ASU, I did extensive research at Taliesin West in order to develop the character of the male architect, who is the lover of my main character, a female film professor. Set partially in Arizona and the cities of New York and Paris, it is a contemporary love story set within the worlds of films and architecture.