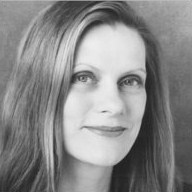 Maria Flook is a 2007 Guggenheim Foundation Fellow, is Distinguished Writer-in-Residence at Emerson College. She is the author of the nonfiction books, My Sister Life: The Story of My Sister's Disappearance, (Pantheon, 1998) and New York Times Bestseller, Invisible Eden: A Story of Love and Murder on Cape Cod (Broadway Books, 2003). Her fiction includes the novels Lux (Little, Brown and Company, 2004), Open Water (Pantheon, 1995), Family Night (Pantheon, 1993), which received a PEN American/Ernest Hemingway Foundation Special Citation, and a collection of stories, You Have the Wrong Man (Pantheon, 1996). She has also published two collections of poetry, Sea Room and Reckless Wedding, winner of the Houghton Mifflin New Poetry Series.

Stacie Fraser, Interview Editor, provides a thoughtful interview with Maria Flook, author of her nonfiction book Invisible Eden. Stacie says, "I was excited to interview Ms. Flook because her book was about an unsolved murder case. Ms. Flook's history of working as a corrections officer added to the intensity of her story. She was granted extraordinary access to the crime scene and was able to capture specific details of Ms. Worthington's life. This book carries readers through the unsolved mystery of Christa Worthington's death while connecting the stories of her relationship with her family members, friends, and other intimate relations. It is a book that keeps you guessing what will happen next. Ms. Flook was gracious to answer my questions and share her thoughts on her nonfiction work. I am grateful to have this opportunity and thank Maria Flook for her time."

Superstiton Review: Invisible Eden is only one of your nonfiction books. Describe what type of life events you like to write about.

Maria Flook: This is a very broad question, but my interest in my fiction and in nonfiction projects is to illuminate the more fringe or disenfranchised members of our society. I'm interested in persons who have a problem they are finally addressing—or avoiding, and I like to follow them into their uncomfortable situations. In my book My Sister Life, I wrote about my older sister who disappeared as teenager and who worked as a child prostitute.

SR: You worked as a corrections officer during graduate school. How did this affect your choice of writing topics?

MF: That job introduced me to some interesting types—both the inmates, and the weird society of male dominated corrections personnel. I wrote about the prison ethos in one of my novels, giving a character the same job I had had.

SR: Invisible Eden made it to the New York Times Bestseller list. How has this success changed your writing?

MF: It hasn't changed my writing in any way. I do the same work, and hopefully better work, regardless of sales.

SR: Christa Worthington's murder case was never solved. Discuss what made you choose to write about an unsolved murder mystery?

MF: The murder was not solved for four years after I had written the book, but in fact there was finally an arrest and a conviction for rape and murder in 2006. The killer had been the victim's trash hauler, who picked up her trash twice a week. He claimed he was innocent and that they had had a consensual sexual relationship, but this was never proved.

I didn't just decide to write a book about the murder on my own. Editors at Random House contacted me and asked me if I was interested in writing about the murder in my town. I found many interesting elements in the story and I was willing to enter the project.

SR: Your book does not try to solve the crime, yet we get to meet the people in Christa's life. Can you talk a bit about if it was difficult for you to meet all these people without thinking they were the one who killed Christa?

MF: I did meet many of the "prime suspects" in the case and talked often with the father of her out-of-wedlock baby, and her recent boyfriend who had discovered her body. I am not a trained murder investigator, and not in law enforcement, myself, I was careful not to assume that role. And I was never uncomfortable—I was following the story and that was my priority.

SR: The scene where Tim and his father find Christa dead with her daughter curled up next to her is extremely emotional. Describe the difficulties it takes to write such a horrifying and vivid scene.

MF: I didn't find it difficult to write about this important scene because I was confident in the details being able to speak for themselves—and I did not over-dramatize what was already a very moving scene.

SR: Also in the death scene, you describe in detail what happens to the body after a stabbing or knife wound. How much extra research did you have to do on the human body for these specific scenes?

MF: The District Attorney had told me that the knife went through her chest and nicked the floor, so I did some research about that area of the body and learned about the diaphragm muscles and chest ligaments, and I also had learned how the body actually shuts down in the death process, and releases killer chemicals in a rather humane self-exterminating way, whether it is due to actual loss of blood, or from shock. I got some of this info from the wonderful book called How We Die by Sherwin Nuland

SR: How did you make the decision to write the story in three parts?

MF: Breaking up a book into parts is a common method to help the reader take pause, or a deep breath, but I guess the book follows the first year after the murder and goes back and forth from the investigation, the town's reactions, and it goes often into Christa's life.

SR: Mother-daughter relationships are found through out your book, explain what role motherhood plays in your book.

MF: Christa had a difficult relationship with her own mom Gloria, but she mended it as her mother was ailing and eventually died. Christa wanted to have a baby of her own and was very independent in her choices about motherhood. Motherhood was a real success story for her. She was a very committed mother.

SR: After reading this book, I am curious as to how Ava's life turned out. Discuss if you have ever thought about making a sequel, showing how Christa's death affected Ava growing up.

MF: Ava is twelve years old now, and is doing great with her adoptive mother and she often sees her father too, in Provincetown.

I have no interest in writing about Ava's life. I respect her privacy.