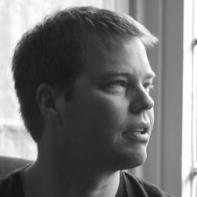 A former U.S Army interrogator, Martin Ott currently lives in Los Angles, where he writes fiction and poetry, often about his misunderstood city. He is the author of the novel Interrogator's Notebook, Story Merchant Books. He has also written 3 books of poetry: Underdays, Notre Dame University Press (to be published in 2015), Captive, De Novo Prize winner, C&R Press, and Poets' Guide to America, co-written with John F. Buckley. His Writeliving blog -writeliving.wordpress.com- has thousands of readers in more than 75 countries.

The Policy was an aberration for an office this size, they whispered in the lunchroom. The company underappreciated them: their verve, their resolve in the face of cheaper competition overseas, their passion to avoid layoffs with weekend hours and the appropriate head nodding when their assignments made no sense. How dare the management team place The Policy (printed double sided to save money) on their crappy chairs from Office Plus without warning? Some of them may have complained about the careless actions of their coworkers, but what about their rights to a reasonable work environment?

For starters, the 1960s office building was falling apart. Water stains in the corners of the meeting rooms were used by HR as a form of Rorschach during interviews. The fiberglass insulation panes in the ceiling buckled, revealing threadbare wiring. The bathroom made strange gurgling noises and you could overhear gossip from the opposite sex in the adjacent restroom. The windows were sealed and they had impeded views of palm trees and traffic because of company signage erected to be visible from the freeway overpass. They tattooed their cars and T-shirts with an ugly triangle logo intersected by a swirl. Their bonuses went to a company town car and driver, unused videoconferencing equipment, and executive sushi power lunches.

The bravest and laziest of them found the time and resolve to dissect The Policy, exposing loopholes, poorly phrased rules, gray areas to be exploited. The company logo must be worn at all times. Some of them with children knew about how to place temporary tattoos of the company on wrists, necks, and ankles. One of the recent college grads wore it as a bling necklace, and this led to bracelets, earrings, and belly rings with logos dangling. It was rumored that one of their graphic designers had hooked the emblem on a nipple ring, as The Policy did not state that the logo had to be visible…only worn.

No dating or cohabitation with other members of the office. This did not prohibit sexual relations, seemingly. Soon, the kitchen started smelling like coitus and burnt toast. Late hours were put in by some of them hoping to run into others in the supply room after seven PM, when non-corridor lights were turned off for cost savings. The CEO found condoms pulled over the handles of the company exercise equipment and demanded an immediate expansion of The Policy.

No pets on the premises. No one knew who got the idea to bring in the stray dog that the security staff adopted and kept in the parking garage. It had no nametags or owner, so The Policy was soon amended to say: No pets or non-human mammals on the premises. This led to their office lizard Toby, who lasted until The Policy Version 6 reached their chairs the following Monday.

No belly buttons visible led to stickers of logos placed over their innies and outies by some of the more in-shape staff wearing tank tops and cutoffs. Only one framed photograph per workstation helped proliferate photos of Hitler, Stalin, and Son of Sam. You must share vendor gifts spawned a shindig where a single bottle of red wine led to an epic game of late-night spin the bottle.

The Policy Version 8 was twice as long, but the loopholes kept being exploited by workers who had come to view themselves as exploited. Some of them stopped showering and shaving their legs. Others looked up swear words in dead languages to berate the management team during Wednesday morning walkthroughs. The Chief Innovation Officer demonstrated to the Executive Steering Committee in a PowerPoint bar graph how a head-on approach was a losing battle. Almost unanimously, they decided to give the best and worst of them a new assignment: to make The Policy so thorough that no one could exploit it to make the company look bad. A policy that would lead to no individuality and enhanced team performance. Their business was slow that month, so the CEO pitched an idea to the Board of Directors: they could sell The Policy to other companies. Even non-profits, schools, and government agencies could use a set of rules that made everyone focus on productivity in the exact same way. The anticipation of this bold new product led to rising stock prices and record executive bonuses.

A last few holdouts rebelled against The Policy Version 12 by singing answers to management to the rhythm of their favorite rock ballads and by passing gas during the all-staff meetings. The CEO cupped his ears and held his nose. It was time to break their communal spirit. The next version of The Policy contained a provision to punish workers for breaking rules that appeared in future versions of The Policy.

This, seemingly, did the trick. The workers followed the rules and bided their time. The Policy had winnowed their vocabulary to a thousand words and they all arrived, ate, evacuated their bladders, and worked in unison. They created audio, video, and binder version of The Policy, and translations for their international sales division. The Policy seemed unstoppable until the day one of them brewed a pot of coffee from the private stash of their CEO. The blend was from one of their competitors, and blatantly against The Policy. Rather than admitting that he himself had breached the rules, the CEO banned coffee in the office.

This was the final straw. Their Boston Harbor. Everyone, from the mail room to the board room, came to their senses and rebelled, destroying The Policy in every form: utilizing the shredder, computer viruses, and barbiturate binges to suck it out of their collective memories. This spread to their other offices around the world. The Policy could not survive this uprising in the place of its origin.

The CEO sometimes sat on the sink in the executive washroom, clutching the last copy of The Policy. The privilege to use this bathroom was his alone according to its edicts, but the riffraff had begun ignoring the old rules...and him. He slowly stripped away The Policy to create paper airplanes for protection, to defend his privilege. Eventually, the CEO tossed the pointy end of the rules into the eye of his assistant who came in to wash ink stains from her favorite shirt.

The next day, they all saw the victim wearing a pirate patch. Who would protect them against those in power? The office busybody whispered in the lunchroom: we're not respected, and raised to management in their next staff meeting that someone needed to create a policy against this type of behavior.