"I Have No Opinion: Notes From a Cat House" by Cindy Clem 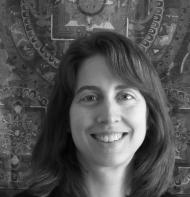 Cindy Clem teaches writing at The Pennsylvania State University, where she received her MFA. Her work has appeared in Mid-American Review, Prairie Schooner, The Normal School, Memoir (and), and The Interrobang.

I Have No Opinion: Notes from a Cat House

I live in a house of closed doors: bedroom, bathroom, and basement doors latched into place; closet doors held fast with ten pound weights. I open and close, open and close. I enter and exit with haste, doors at my heels.

In another time and place, light streamed through the house. But this is not my house, and these are not my doors. This house belongs to my friend and housemate, Allison, and her two cats.

I do not like cats, but Allison’s cats seemed conveniently uninterested in me before I moved in. I soon learned, though, that these cats, like all cats, need. They need and want, want and need, and soon everything becomes a cat, needing: the fruit fly encroaching on my apple, the hedge tangled around my ankle, the young child next door with a lemonade stand, the phone ringing. Let us in, let us in, let us in.

My boyfriend claims he has never hated anyone or anything. “But I hate all kinds of things!” I say. “Hate is such a strong word, Cindy,” he says.

Maybe he’s right. Maybe I don’t truly hate cats. I don’t like to see them smeared on the sides of highways, for example. I can even, if pressed, admit their charm. But cats belong in barns, killing small game, and outside on the prowl. Cats do not belong in a house, shedding and puking on the carpets, chairs, and counters, scrounging in the sinks, insatiable. They do not belong on my laptop, filling the keyboard with hair.

Hatred burns, and hatred begets guilt. I speak kindly to them and even rub their ears sometimes. When I’m making my salad, I push them off the counter with the back of my hand, not the point of my knife. But when they fight for my lap, I squeeze my knees into my chest and shove with my elbows.

“Just put them in the basement when you’re home! They’ll be FINE,” says my mom.

A compromise: I shut the cats in the basement at dinnertime, if Allison’s not home. They pound at the door. Otherwise, I stay in my bedroom to work, read, write, nap. They pound there, too, peeved, like all cats I’ve known, at the affront of privacy. But I am blissfully guilt-free in my sanctuary. I have made them a fair exchange: a house for a room. And who, in the end, needs more than a room?

But cats persist. Away from home, I hallucinate a brush against my leg. I dream of them on platters, mouths stuffed with apples.

If I could poison one cat, I’d pick Gia. Gia sidles. Skinny and crimped, she creeps up softly, every minced step and sidelong glance a passive aggressive demand for attention. Gia doesn’t snuggle or purr. She only licks, her sandpaper tongue a scourge, some kind of punishment. She licks me, I think, for remnants of flavor, for dead skin cells, anything to swallow. Allison thinks Gia licks us because she plans to eat us when we die.

According to Diane Ackerman, in A Natural History of the Senses, “The idle stroking of our pets…has a healing effect. […]Touching is just as therapeutic as being touched; the healer, the giver of touch, is simultaneously healed.” But I withhold touch. When Gia licks me, I sit on my hands. She tries to lick my wrists. I pull down my sleeves and sit on my hands again. She sits on my lap, and I hold my breath. This is how I acted as a child with the people and things I didn’t like. I rejected them by not allowing them to touch me, by breathing shallowly so as to not breathe them in. My capacity for cruelty is a gaping abyss, and the subtlest of cruelties cuts deepest: the refusal to let myself be tainted.

If this were a movie, I’d be the curmudgeon worn down by the neighbor’s children until he’s broken by love. Is that what I am, I wonder, a target for breaking?

This morning, Bubba tried to clean up Gia’s pee by pulling litter out of the box and swiping it toward the puddle. Sweet, right? But when Bubba later presses the perfume-and-piss stench of that litter into my lap with his paws, desire for truce flees, and I push him to the floor.

Here’s what I hate: that my complaints will make cat lovers laugh. “You love cats, deep down,” they will insist. “How could you not?” But deep down is a dark box, and all the cats are dead.

Perhaps my day of breaking approaches, the day when I will weep apologies to the cats, beg for reunion.

But I don’t want to break. The prospect of breaking recalls my teenage fear that I would meet a fat bald man and learn to love him. I feared being duped, tricked somehow into thinking that I was attracted to ugliness, so that I would live contentedly, never knowing what had been sacrificed. Falling for Bubba’s purrs and belly kneads? I can’t. If I do, my ego will have disappeared, and I will no longer be myself. I will dissolve into some kind of eternal oneness where my particles will float with particles of cat and no one will know the difference.

A compromise: ambivalence. I cannot love, but might I relieve this hateful guilt with mellow blandness, some faux affection? Might I allow myself to like cats, to enter their cat moments sometimes, when I find it comfortable and convenient? Might I replace guilt with, well, nothing? The nothingness of ambivalence is not like that of ego loss. With ambivalence, things simmer – I simmer – beneath the surface, full of tensions and contradictions and passion. With ambivalence, I have some choice. I have some hope for a house in which I can sit on the couch next to a cat, reaching over now and then—maybe, if I so please—to scratch its ears.