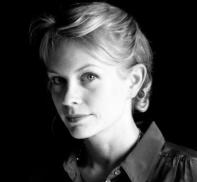 Megan Mayhew Bergman was raised in North Carolina and now lives on a small farm in Vermont.  She is the Associate Director of Bennington College's MFA program.

“That Tingling of Inspiration,” an interview with Megan Mayhew Bergman

This interview was conducted via email by Interview Editor Niki Johnson. Of the process, she said, “The stories in Megan Mayhem Bergman’s latest collection so powerfully influenced my mind. For a season, I was suspended in a rich state of musing. I cannot help but feel incredibly lucky that she has shared her gift of illumination with me here.” In this interview, Megan discusses her inclination toward empathy, the trickiness of defining femininity, and the secret to an exemplary line.

Superstition Review: In an interview with Los Angeles Review of Books, you reveal, “My primary way into a story is through empathy….” Can you explain this idea further? How did empathy inform the stories in Almost Famous Women?

Megan Mayhew Bergman: Empathy is what lights up my brain. It's how I engage with the world—I understand it better now as an adult. When I was a child, I was one of those highly sensitive beings who couldn't read or watch sad scenes. Without being able to explain why, I used to protect myself from this sort of stimulus, from big feelings. As a writer, I know these big feelings are what make interesting work with emotional range. So when I hear about an event or character, and I get that tingling of inspiration, my mind usually follows the path of empathy. For the characters in Almost Famous Women, I would ask myself: what was it like to be her? to live this way? to take these risks? to suffer these losses?

SR: Some of your stories in Almost Famous Women were originally featured in other publications, e.g. “The Lottery, Redux” appeared in McSweeney’s (2014) and in 2013, “Saving Butterfly McQueen” was featured in Ecotone. Were you consciously writing towards a collection of stories as you composed and published these individual pieces? Could you talk a bit about your submissions process and how that relates to publishing the collection as a whole?

MMB: I wrote the earliest stories without realizing that they would form a collection. But in my experience, collections often form around obsessions, and risk-taking women from history's fringe had become an obsession. Books are often writing themselves in my imagination before I find time to get them on the page.

SR: Almost Famous Women features a generous sample of women from different eras who have unique brushes with fame. Could you explain your process in choosing women to profile? Your options seem endless! Were there other women you wanted to profile who didn’t make it into the book.

MMB: For good or bad—and I'll say bad—history swept a lot of unusual women under the rug. There were tons of women I wanted to represent—in fact, I would have loved to have included a woman of science. I get requests for volumes 2 and 3 of AFW. I do think history is having a "moment" with unusual women. This is good, though I have mixed feelings about being part of a trend.

SR: “Romaine Remains,” is unique because it is the only story in which a male, houseboy Mario, is the protagonist. What made you approach Romaine’s story in this way

MMB: I thought a collection from the POV of these larger-than-life women would read as if it was in all caps—so occasionally the story needed to unfold from another perspective. I think the way characters treat those under their employment is illuminating, a real window into character, and there was a lot of intimacy (uncomfortable intimacy) between Romaine and her employee. Also, I'll admit that sometimes stories just appear to me fully-formed, in a particular point of view, and that was the case for this story.

SR: You wrote an essay for Salon, in which you discuss the implications of being a feminist with “progressive values” who cannot quite ditch makeup completely. My thoughts immediately turned to your story, “The Internees.” The dichotomy between concentration camp conditions and the liberated women smearing on lipstick is profound. What draws you to explore these issues of femininity?

MMB: You are correct that this story and that essay are in conversation with each other. The older I get, the less interested I am in certitude and rules. I'm more fascinated by unlikely juxtapositions and complexity, and when I find those points, I like to explore them. When it comes to my life as an essay writer, I tend to be most interested in failure—failing ideals, or discovering why something is complex or hard. As a woman approaching middle age and the mother of two daughters, I think a lot about what it means to be a woman, to be feminine. There have been times when I want to celebrate femininity, and other times where I find it to be a disability. Where is that line of frustration and celebration?

SR: In “The Autobiography of Allegra Byron,” you dive deep into history and create a fascinating world where, as a reader, I feel lucky—almost sneaky—being able to peek inside the convent where Lord Byron’s illegitimate daughter resides. In the author’s note, you mention that having your own children helped you “get more inside the head of a toddler.” How does being a mother affect your characterization of the nun? I was sincerely moved by her longing to nurture Allegra.

MMB: If you want to know the truth, I think of that story as an homage to my eldest daughter's epic, epic tantrums. I am fascinated by big emotions.

SR: Reading many reviews of your work, I notice you are often praised for your powerful and passionate writing style. How flattering and well deserved! How have other writers influenced your process? What is some specific advice another writer has given you that has changed the way you look at writing?

MMB: I know it's sort of fashionable to be down on MFA programs, but my time at Bennington and close working and editing relationship with the instructors there deeply influenced my writing style. I've always been interested in poetry and short fiction for their ability to put so much focus on the line. I love a hard-working line. And at Bennington, through working with writers like Amy Hempel and David Gates, and with peers like Jamie Quatro, I learned that sophistication is really in clarity of idea—not in clunking up a line.

SR: In an interview with Bookslut early this year, you revealed that you are currently writing a novel—congratulations! You have successfully stormed the literary world with two short story collections and frequent the non-fiction scene with your powerful, important essays. How do you negotiate between these forms of writing? What challenges have you met while working on your novel that differ from those you encounter when writing short stories?

MMB: The hardest part of working on a novel for me is time. I have two young children, a small farm in Vermont, a full time job as the AD of Bennington's MFA Program. With a novel, you need continuity. I am only able to work sporadically, and I have to resist the urge to go back to the beginning every time I sit down to write. With a short story, you can be God-like in your complete mastery and ownership of all sentences—they submit to your will. The sentences in a novel can gang up on you. They have volume on their side.

SR: I understand you feel a connection to the Millays from your time as a fellow at the Millay Colony and your visits to Steepletop. This reverent admiration is apparent in your story, “Norma Millay’s Film Noir Period.” Cora’s comment, “You don’t have the luxury of being mediocre” resonates with me. Could you address how this line is an undercurrent in Norma’s story? What inspired you to organize this story into four acts?

MMB: I think I relate to that comment about mediocrity as well—when you are an upstart, when you have limited resources, when you are a woman—you have to be all in. You have to play big and take up space. You have to take risks to be seen. The Millay girls were no exception. I organized this story into acts because Norma made important contributions to modern theater and acting, and yet her participation in the Provincetown Playhouse will always be eclipsed by her sister's fame. I've also realized, as I age, that you get to live many lives. Many acts.

SR: I am particularly interested in your epigraph that quotes Janis Joplin: “You can fill up your life with ideas and still go home lonely.” I’m curious, what about this quote inspired you to use it as an epigraph to Almost Famous Women.

MMB: After I finished the collection, I realized that so many of the stories read as cautionary tales. I didn't want to romanticize the difficult choices the women in my collection made to live authentically. Sometimes a person makes choices based on short-term outcomes. Or perhaps necessity. But living for one's self, chasing passion, sticking to your ideals—no one can promise you that results in financial security or secure relationships. And each human has to navigate that case-specific path and decide what matters more. I think some of the most principled and talented people feel alone in the world. How to live a warm-blooded life? Balance the cerebral and the physical?

MMB: Today - the inside of my head.