"Death Comes for the Poet," by Sue William Silverman 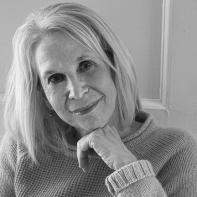 Sue William Silverman is the author of three memoirs: The Pat Boone Fan Club: My Life as a White Anglo-Saxon Jew” was a finalist in Foreword Reviews’ 2014 IndieFab Book of the Year Award; Because I Remember Terror, Father, I Remember You won the AWP Award in Creative Nonfiction; and Love Sick: One Woman’s Journey through Sexual Addiction is also a Lifetime TV original movie. Her craft book is Fearless Confessions: A Writer’s Guide to Memoir and her poetry collection is Hieroglyphics in Neon. She teaches in the MFA in Writing Program at Vermont College of Fine Arts.

Death Comes for the Poet

“He was mad, bad, and dangerous to know.”
Lady Caroline Lamb (about Lord Byron)

See, way it happened, he died. Sudden. Single. Okay, divorced two, three times. Youngish. Or at least before his time. In the City. Uptown near Broadway, case you’re looking for fingerprints. Or a body. No one in attendance when it happened, far as you know. Unless some married dame snuck from his apartment undetected. Though the way you wish it had happened: a gal with the same homicidal fantasy (no way else to say it) as you.

And who wouldn’t say he didn’t deserve it? You say he did, and you have your reasons.

The facts are a hell of a lot cleaner than the fantasy.

The fantasy isn’t clean at all. Why you like it…

…The night when his three-alarm emergency strobes out his heart, like Times Square neon short-circuiting, lethal and hot. Steam from subway grates roils from the Bowery to Harlem. Hell’s Kitchen. Lids of garbage cans clanking alleys full of strays. Rain runneling iron-fronts in SoHo, cause you know it’s got to be a dark and stormy one…wind battering hotel awnings. Umbrellas, inside-out. Faces clouding windows on the cross-town bus. Yeasty refrigerator cartons full of homeless swell the avenues, damp eyes following you through slits. Witnessing the black coroner van, white lettering.

The death itself – envisioning it like you’re there – drowsing in the steamy bathtub, his forehead waxy and soft. Eyelids going slack. And white. Grime from the back of his neck staining the skin of water. Goblet of wine, red, on the rim of the tub. An expensive label. But he’s not tasting it – or anyone else – anymore.

In the end, it all comes right back at you.

See, after he dumps you (you living in a crummy log cabin in Georgia), there you are all alone with a hard-core fantasy: a pearl snub-nose and a Barbara Stanwyck love-and-murder-at-first-sight glint in your eye. Like a metallic splinter in the cornea, more like it. Hurting enough to make you mean. You walking into a poetry reading. Sure, you wish for Rick’s American Café or a Grand Hotel-type setting – something – but you got to work with what you got to work with. So months, a year, the same celluloid image reels your mind: You, face veiled, red fingernails, matching lips, black sheath, fishnets, spikes, open-toed in case anyone notices…going with the 1940s original all the way. Walking toward the podium. Toward The Poet…his sports jacket a cape slung over his shoulders like a hip Bela Lugosi. He’s reading verse, jazzy like. Feeling cool. He don’t know how cool.

The no-good-lying son of a bitch.

The way it really happened, case anyone’s wondering: You and he in a motel. Slumming. You’ve seen worse. But if you’ve been there you know what it’s like at the time, the way you’re awash in unwashed sheets but pretending like crazy you’re in some romantic detective caper penthouse suite. Think The Thin Man. Know what I mean? Him, somehow looking straight at you with straying eyes. Lying through tarnished teeth. But you’re not hearing or seeing. Instead, you’re believing he’ll leave his wife. You’ll leave your husband, splitting a marriage just like that. Move into his uptown apartment. The Big Apple. Easy as pie. What with lips kissing like a fever / surfacing. Drunk, he hums midnight / blues, sound of subways tracking veins.

Soon you’re careening, too, cause of how he states it all nice like. Like he means it. After all, you been looking so long, you got to believe this shit’s love.

Even though a rash on your heart says it’s not.

And sure enough: before one valise in Georgia is packed, he pulls a fast one. A disappearing act.

All you got left is the blam, blam, blam fantasy…guys and dolls in the audience too stunned to move. Poet slumping at the podium like a weak line break, breaking. Red staining starched-and-pressed shirt…red like the wine on the rim of the bathtub. But trembling now… subway rumble vibrating wine, water. Rippling surfaces.

And he was a boozer. You got that right. I mean, if you were filling out a police report, you’d include that little detail…because maybe it was booze caused his heart to misfire in the bathtub. Caused his heart to ignite all the girls before dousing them with ice water. Or gasoline. Let’s face it, he was a womanizer, too. Yeah, write that in his Times obit. I’m thinking like what’s-his-name actor in Nocturne. Desire reeling like crazed / grackles cackling above ghetto rooftops – diesel promises billowing / asphalt’s neon-slick / highway, air brakes hissing snakes. More like it.

But don’t blame me. I ain’t taking the rap – at least for this one. I’m five states away at the time, as the crow flies, the night in question. My prints don’t mar the steam gauzing the mirror, his own lying eyes fading from his reflection. My alibi locked tight. Solid. End of story.

The beginning of the story shakes out like this: Before the damp-sheets motel, chronologically speaking, you meet him at a writers’ conference ninety-some miles from your home in Georgia. But admit it, kid, you attend that conference in the first place to track him – or someone. You even write a third-rate poem of your own to lure him – or someone. Third-rate best you can do at the time. On short notice.

But he says he loves the poem ‘cause he’s also hot on the trail of you – or something – so the poem, you could say, shreds in his hands. I mean, call a spade a spade: it was never about poetry. Guess, by now, that goes without saying.

You mightily pretend it’s about love. Don’t much love your husband anymore. Husband doesn’t much love you – nada in that department – so you’re waiting for Bogart or Peck or Cary Grant. And The Poet – in what you can only call your altered state of reality – is close enough to pass. Or so you think at the time.

Sure, you know now, it was sex all the way. But it’s the lie – don’t forget that crucial detail – “the big lie” – as it’s come to be known. The lie refuses to take a powder. Clings like a motherfucker around your neck. Sex is always sex. No two ways. But if only he’d called it sex, then you’re just broken hearted because of the disappearing act.

But he called it love. Called it marriage. Knowing that’s what you needed to hear in order for you to unzip the black sheath, slide off the fishnets, slip off the spikes.

But after you unzipped and unslipped…he’s back in New York City with the wife, you’re back home with that husband, and after a couple months the phone’s dead as a metaphor and the letters, which were supposed to be about love, go up in smut. But feel like frostbite. Color of blue lies. So blue we’re talking indigo. Midnight.

That’s when your fantasy kicks in, takes hold. Roots in your brain. Won’t let go.

Not a fantasy that he leaves his wife. Not a fantasy that you’ll finally pack up those valises and head to bright lights, big city. His uptown apartment. That fantasy’s for suckers. Losers. Which you no longer are.

Instead, the fantasy of you walking down the aisle – and sure as shit not one in a church. But at that poetry reading, see. The audience not even noticing you at first, all absorbed in the cool-as-steel verse of the poet, verse everyone says is art but you know is transparent as air. Shallow as breath. Not nearly as good as that blam, blam, blam fantasy of yours, tearing the air apart.

It becomes your world, doesn’t it, kid? That one image. A loop of celluloid spinning round and round in black and white. It won’t stop, so you stop…living your own life, that is. Lie in bed. Un-air-conditioned log cabin. Humidity dripping down walls. Mortar disintegrating. Logs slipping from the frame. Sweat on your skin lasts so long it up and dries. Saw yourself as a girl stalking love. Thought you’d find it shamelessly flirting with him. Playing your own role in this Grade B, too. Feeling invincible. Till sirens start wailing. Till you start wailing.

Till you feel like blue smut ripped from pages of a magazine abandoned under someone’s bed…where no one sleeps anymore.

That’s when the fantasy veers from valentines to spider webs of glass cracking from stray bullets.

You aren’t the first gal who believed his promise, his lie. Or the last. So you probably feel a whole bunch of free-floating rage, too, as professional analysts might say. All his other girls, like you, embarrassing clichés, start falling out of sooty woodwork. Gothic, if you’re wondering. Small epics of ruin. All the anger buzzing in your head, down your neck, through your heart, spiraling your left arm straight to the trigger finger.

Except you never pull it.

But half dozen years or so later – give or take – after the motel, he’s snuffing out solo, instead. Breath dispersing like steam. Skin ossifying hard as white tile. Fingertips wrinkling. Eyes the color of the bottom of a rain puddle on asphalt. The cooling mirror reflecting a rectangular frame of the opposite wall. Blank.

The vinyl record stutters at dusk, a needle scratching the last / note. The studs, a beatific chorus, eulogize him – while coffled girls mutely / wait to hear sod / thud wood, his chariot to exit / the show. Jacket caping his frigid silhouette.

One diminishing verse…your own unwrinkled fingers waving good-bye as if you picked up his hitchhiking heart, dumping him at the last exit of an abandoned highway.

You’re still alive, surviving him and death, fueled, for now, on anger, pure as light.

Him – he’s the only one without a home. Without a life. Without a name, which I withhold like evidence.

‹ "My Library," by Scott Russell Morris up "Cadillac Ranch," by Ted Wesenberg ›