A Poem by Susan Browne 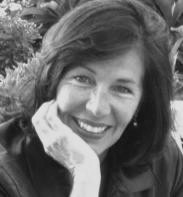 Looking for Soho in Soho

Many streets, but not the streets
we wanted, and many shops
but not the shops we wanted. We wanted
a different place, not where we were
although we swore we’d been there before
and thought it was near,
so we kept on, and finally
we asked someone where it was, and she said,
Where you are, but we didn’t believe it.
Where the cobblestones, where the leafy trees
with branches like filigree,
where the little shops, crammed with curios?
We were thirsty, exhausted, asking
each other where, where did it go?
If we found it, we could rest, it would be
the destination, the answer to our question,
a question of meaning, of rescue
from other places, streets, shops, meanings
that hadn’t done their job to soothe our seeking.
Now it was evening, but we continued,
turning corners and decades, growing old, dying, dead,
yet persevering, reincarnating, searching through centuries
for that one small street, cool, quiet,
except for the tap-tap of our shoes entering
where we’d find what had been hidden from us
all of our lives, our many, many lives.