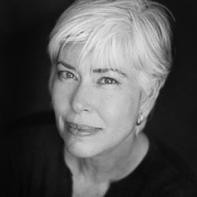 Rosaleen Bertolino’s stories have most recently appeared in New England Review, Storyscape, West Marin Review, and Gravel. Her awards include a Marin Arts Council Individual Artist Grant. Born and raised in the Bay Area, she is currently living in Mexico.

1. Her Shadow Was the Tree

Sarah hadn’t felt pregnant. Then one summer evening an overwhelming ache like homesickness washed through her. She found herself lying on the kitchen floor, in labor. An apple squeezed out. A large green apple with red cheeks, a beautiful apple, a perfect apple.

She washed the apple, and put it in her best china bowl, and hid it in her bedroom, concerned that someone might eat her child. She wasn’t sure how to care for it. Parenting books did not deal with apples. She was afraid to report the birth to the authorities, certain they would deem her unbalanced, forcibly separate her and the apple. If by chance they did believe her, most likely they would also take the apple away and perform hideous experiments on it.

She slept with the apple nestled against her chest.

In the morning, she moved the apple to the windowsill so that it could enjoy the fresh air and be warmed by the sun. In the afternoon, she tucked the apple inside the cool depths of a shaded basket so that it would not burn. She sang to it and polished it with a soft cloth; she told the apple she loved it to the moon and back.

Despite her tender care, as the days passed, the apple began to shrivel. Frightened, Sarah put it in the refrigerator, then quickly took it out again. It seemed cruel to shut her child inside a cold, dark box. The next morning, a finch flew up to the open window and pecked at the apple, puncturing three sharp holes in the skin.

Although Sarah slammed the window shut and locked it, although she covered the apple with a handkerchief and hid it in the basket, fruit flies soon discovered it. They circled the apple relentlessly, a pack of tiny wolves.

Sarah attacked them with a rag and sprayed the room with insecticide and washed the apple. But the flies had accomplished their mission, burrowing into the tiny holes where the apple’s flesh was turning pulpy. Several weeks later, to her horror, threadlike larvae wriggled out of the soft spots. Her only child, unintentional incubator of the fruit flies’ children.

She performed the amputation with a paring knife. The rot had penetrated deep into the center of the apple, all the way to the core. She put one of the bitter black seeds into her mouth and then another, feeling incestuous and strange. The apple, no longer perfect or beautiful, declined rapidly after that. She couldn’t save it. The skin turned brown and soft, the flesh, too; it smelled of vinegar. She cupped the dying apple in her hands. She would be a better mother the next time around, she told herself, but she had no idea how.

Hannah, always the first in her group to try the latest thing, gave birth to a smooth, white stone. “He’s no trouble at all,” she explained to an envious friend. “I simply carry him in my pocket.” She named the stone Siegfried, because something so precious and solid deserved a strong name. As time passed, Siegfried grew larger, as babies do. Eventually he became too heavy to carry. Proudly, Hannah began to push him about in a baby carriage.

“See how he grows!” she cried to her astounded friends. She took Siegfried with her everywhere, to work at Google, to the gym, to the stylish tapas bar where she liked to unwind. She wrapped him in soft, colored blankets, bathed him in mineral oil, and collected interesting rocks to keep him company.

As the months passed, Siegfried continued to grow, finally becoming so large that the only way to transport him from one place to another was by wheelbarrow. His surface, once so smooth, sprouted unsightly bumps and cracks and sharp edges. For the first time since his birth, Hannah was visited by bitterness. After all the loving care and attention she’d lavished on Siegfried, this was the thanks she got! He’d been so sweet and small; now he was heavy and obstinate. He became so large that he had to be left at home.

It got worse. When the living room floor collapsed under Siegfried’s weight, Hannah hired a crane and had him lifted into the backyard. “If you would stop growing, this wouldn’t be happening,” she scolded. “You’re lucky I don’t sell you to a landscaping company.” As always, Siegfried did not respond.

Perhaps Siegfried longed to lie along a cold, fast creek, feel the icy water rush over his back. No one asked though. Perhaps he was content where he was. Surrounded by lady ferns and sourgrass, he continued to grow, though more slowly, through the years, until he became nearly as large as the house, and impossible to remove.

‹ "Smoked Fish," by Pete Stevens up "A Castle in the Clouds," by Tara Zambrano ›