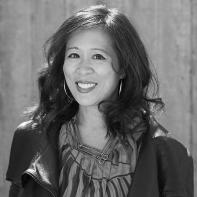 Lisa Ko is the author of The Leavers, a novel which was a finalist for the 2017 National Book Award for Fiction and won the 2016 PEN/Bellwether Prize for Socially Engaged Fiction. Her writing has appeared in Best American Short Stories 2016, The New York Times, BuzzFeed, O. Magazine, and elsewhere. She has been awarded fellowships from the New York Foundation for the Arts, the Lower Manhattan Cultural Council, and the MacDowell Colony, among others. Born in Queens and raised in Jersey, she lives in Brooklyn.

“A Kind of Superpower,” an Interview with Lisa Ko

This interview was conducted via e-mail by Lead Interview Editor Addison Rizer. Of the process she said, “Lisa Ko’s The Leavers tells a stunning narrative of immigration and displacement in mother and son Polly and Deming. Ko’s exploration of isolation, family, and fitting in is truly captivating. I won’t ever forget these characters or their story.” In this interview Lisa Ko talks about belonging, rejection goals, and the news clippings that inspired The Leavers.

Superstition Review: Lisa, thank you so much for agreeing to do this interview with us. I really connected with Daniel and Polly, and their perpetual feeling of not belonging. Deming, in his childhood, tries hard to fit in with the other students. Then, as Daniel, he struggles to feel at home with Roland, with Kay and Peter, and even with his mother when he reunites with her in China. Can you talk about Daniel’s inability to feel like he belongs?

Lisa Ko: Thank you for the interview! It’s true that Deming struggles throughout the novel to find a sense of belonging. When he moves from New York City to a small town upstate, this feeling is thrown into sharp relief. He’s the only Asian person in town, and he’s dealing with this intense physical and psychological displacement, learning how to live in a new family and community that doesn’t quite understand him, all while also grieving the loss of his mother.

SR: Leon says to Polly that it’s “better to be the one to leave than the one who’s left behind.” This seems to encompass Polly’s attitude as she leaves her village, makes a life in New York, and then later in China. Daniel, however, seems to cling to those around him, no matter the cost of his own wants. Can you talk about the development of these different mentalities in Polly and Daniel?

LK: You’re right in noticing how much Daniel struggles with wanting to please everyone around him, so much that he loses sight of what he wants for himself. That desire to please comes out of his fear that his friends and family will abandon him, which is triggered by his mother’s abrupt disappearance. Polly also struggles with trying to live on her own terms. She wants to move to the city, and later to a new country. But this independence isn’t something that’s encouraged in young girls, so she has to assert it in spite of these social expectations.

SR: When Deming is adopted, there’s a silence and emptiness in his new life. He says that he would “stand at the window and listen to the languid chirp of the birds,” going hours without a car passing by, a severe contrast from The Bronx where Deming came from. When Peter introduces him to his favorite musical artists, though, this changes. Deming becomes absorbed, carrying Kay’s Walkman around with him everywhere, and calling music his third language. Can you talk about Deming’s relationship with song? How does it connect Deming to the world around him?

LK: When I was working on early drafts of the novel, I wanted to give Deming something that belonged to him alone – a kind of superpower or special gift. And music, as a language, identity, and a talent, was what he wanted. He has a condition called synesthesia, which means that he sees colors when he hears certain sounds, which allows him to see and hear the world in a unique way.

LK: It was a mind trick I played on myself: instead of aiming for success and being disappointed when my submissions were rejected, if I aimed for rejections, I’d be sure to succeed. After all, it’s easier to get rejections than acceptances when you’re sending your work out as a writer! It was also a matter of upping the odds. Aiming for more rejections meant that I sent out more submissions, and while I did end up getting more rejections than in previous years, I also got more acceptances as well.

SR: In your article “Why I Wrote The Leavers,” you say this book is your “effort to go beyond the news articles,” using them as a template to “build from, not adhere to.” Can you talk about the process of taking these news clippings and turning them into the story of Polly and Daniel?

LK: I knew from the beginning of the writing process that I would be telling the story of a mother and a son who are separated by unjust immigration policies, but it took me several drafts to figure out what the actual story was. When I got to know the characters better, I realized the novel wasn’t about the issues and external circumstances that impact them, but about how they choose to live and act when affected by these circumstances. I realized the novel was really about a mother and a son who are searching for a sense of home and belonging.

LK: Clutter makes me anxious, so I like to keep my desk as clear as possible, with just my computer and maybe a book or two. Plus, cleaning can be a handy way of procrastination.