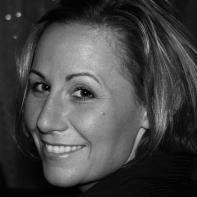 Lisa Duffy is the author of The Salt House. She received her MFA in creative writing from the University of Massachusetts Boston. Her short fiction was nominated for a Pushcart Prize and her work can be found or is forthcoming in Writer’s Digest, The Drum Literary Magazine, So to Speak, Breakwater Review, Let the Bucket Down, and elsewhere. Lisa is the founding editor of ROAR, a literary magazine supporting women in the arts. She lives in the Boston area with her husband and three children and currently leads a fiction workshop through 24PearlStreet, the online component of The Fine Arts Work Center in Provincetown.

“Thinking about the Characters,” an interview with Lisa Duffy

This interview was conducted via e-mail by Interview Editor Jacqueline Aguilar. Of the process she said, “Lisa Duffy’s novel The Salt House is centered on the emotional struggle a family experiences after the death of a child. Her narrators provide varied generational viewpoints and family role identities. I was glad to learn more about their persevering characteristics.” In this interview Lisa Duffy talks about her writing process, female empowerment, and the influence of her father’s passing.

Superstition Review: Thank you for doing this interview. I am grateful for the chance to discuss your current novel and writing process. In The Salt House the Kelly family experiences the death of a child. Why did you choose to center the plot on the loss of a baby instead of a father or mother figure? What research, experiences, or emotions did you draw from to interpret this type of loss on the Kelly family?

Lisa Duffy: When I began the novel, the loss of the youngest member of the family was present early on. But I didn’t really know where the story was going. I didn’t so much choose to center the plot on the death of a child as just let the story unfold as I wrote it. While I was working on the novel, my father passed away. In a lot of ways, the experience informed the novel and helped me really dig deep and explore how this once tight knit family might navigate this overwhelming loss, together and individually.

SR: I like how this novel was not only a healing journey for the characters but for yourself as well. Do you feel like you will continue on writing about these characters or is this their final story?

LD: I don’t have any plans to write a sequel. But it might be fun to pick up with these characters again at some point in the future—both theirs and mine. Writing an adult Kat, for instance, would interest me. We’ll see.

SR: When reading The Salt House I really enjoyed the perspectives of various strong women who pull through with difficult situations in their lives such as Hope who lost a child, Peggy who is in a complicated new marriage, and even Gwen a minor character who goes through constant harassment as the only business woman in the lobster industry. Could you describe why you chose to make various females in your novel have such prominent perseverance?

LD: I think in any story that I write, the characters and their actions have to ring true to me. I didn’t set out to portray strong female characters, but as each of these women faced an obstacle, the story required them to figure out how to deal with it. That felt true to me. Perhaps because I’m surrounded by women persevere. I was raised by women—my mother and aunts and grandmothers—who persevered and still persevere. These are the stories that I’m interested in exploring as a writer. What are some of the challenges that women face—employment and identity, motherhood, relationships and sexuality—and what does this look like in the story that I’m trying to tell?

SR: I admire how the strong women in your life have influenced your female characters. When writing your male characters, specifically Jack, Finn, and Boon, what influences came to mind in terms of their fatherly actions?

LD: I didn’t have any specific influences with those characters, but they all have different challenges in the novel. Finn is struggling with addiction; Boon is trying to keep his business heading in the right direction with a partner/friend who is making poor decisions and Jack is dealing with his own grief while trying to support a family. It was interesting to figure out how these challenges impacted their ability to parent—how these obstacles bled into that aspect of their lives.

SR: When writing The Salt House did you have an outline for how the story would play out or did you let your imagination take the lead? Were there any characters that did not make the final draft of your novel? If so, why?

LD: I don’t outline unfortunately, and I wish I could as I suspect it might make this process easier, but I think how we come to the page as writers is as inexplicable as tone and style and content. I always begin with voice. An opening sentence that won’t leave me alone. Once I have a cast of characters, I take my time getting to know them. Some of it through writing, but a lot of imagining takes place away from my desk. Thinking about the characters or story when I’m driving or in the shower or going to sleep.

I typically don’t have characters who make it all the way through a final draft and then get cut. I tend to be a sparse writer when it comes to content—I usually need to add to a first draft rather than throw away. If a character isn’t working in the draft process, I’ll fumble around until I figure it out and either give the character some purpose or get rid of him/her at that point.

SR: Did you have any alternative endings during your drafting/thinking process? If so, what were they?

LD: The ending never comes to me until I’m writing it, so there wasn’t an alternate ending for The Salt House. I did have a sense throughout that this family would persevere. That although it’s a story about tragedy and grief and loss, it’s also a story about resilience and hope and forgiveness.

SR: You are the founding editor of ROAR, a literary journal that supports women writers. How has starting that journal impacted your life and writing experience?

LD: I started the journal when I was an MFA candidate at UMass Boston. It was an amazing experience, but what it taught me is that it’s an incredible amount of work, and I ultimately had to step away from it as I wasn’t finding the time to write anymore. The experience was invaluable though, and it gave me the opportunity to work with a team of extremely talented women who volunteered their time—tons and tons of hours—to help create ROAR

SR: What were the goals you had for ROAR at the beginning and were they accomplished?

LD: Our goal was to provide a physical space where emerging women writers could publish their work. VIDA had just come out with their count and the conversation about gender and publishing informed that decision. At the time, I was a fiction candidate in an MFA program, working as a grad assistant and raising my three children. I was aware of the difficulties balancing my creative side with the other roles in my life. ROAR was a response to that—our goal was to focus on the work of emerging women writers—to help, in some small way, protect and nourish the idea that their work has a place in the creative realm, and I do think we accomplished our initial goal.

LD: I typically work at my desk in the corner of our living room. It’s nothing special and usually a disaster—bills to be paid, piles of papers and drafts of whatever I’m working on. It’s a room that sees a lot of foot traffic between my husband, three teenagers, and two dogs, so I’ve become very adept at blocking out noise and just getting the work done. I don’t put a lot of energy into creating the “perfect” work environment. When it’s time to work, I sit down and write.

SR: What made you choose that area as your writing space? How does it bring forth your creativity?

LD: I don’t know that I chose it—I think like most writers who don’t have a separate office to escape to, I found a space in my house where the desk fit, which happened to be the corner of the living room. I don’t give any thought to that space inspiring my creativity—it’s really the opposite. I sit down and get to work, whether I want to or not. I find when I do this consistently, it’s easier and easier to block out my own world and pick up with the one I’m creating.