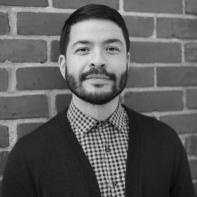 Fernando Pérez is from Los Angeles, CA. His first collection of poems, A Song of Dismantling, is published by The University of New Mexico Press. Fernando holds an MFA in poetry from Arizona State University and currently lives in Seattle, WA where he is an Assistant Professor of English at Bellevue College. His poetry has appeared in several journals, including The Suburban Review, Puerto Del Sol, Crab Orchard Review, and The Volta. His second collection of poems was a 2018 finalist for the Letras Latinas / Red Hen Poetry Prize.

“Validation to an Experience,” an interview with Fernando Pérez

This interview was conducted via e-mail by Interview Editor Jacqueline Aguilar. Of the process she said, “Fernando Pérez’s poetry collection The Song of Dismantling is a culturally rich poetic history of generations. He applies the meaning of lenguaje and vivid imagery to his poems that retell his family’s memories of their immigrant experience. I was thrilled to receive his thoughtful and moving answers that enriched my reading even more.” In this interview Fernando Pérez talks about his family’s oral tradition, recurring images in his poems such as the “tongue,” and the long lasting consequences of white supremacy.

Superstition Review: Thank you for doing this interview. When reading A Song of Dismantling, I felt like I was going through photo albums of family memories. How were you able to build such detailed images of and conversations from your family’s past?

Fernando Pérez: Family, or what it means to belong and stay connected, is definitely a theme I explore. I am also interested in what separates us, the lines we draw, the borders that fall between us. My family, as a culture, has both defined me and forced expectation on me at the same time, and at times I resist these expectations. Family will always be something I continue to explore, unpack, and write about. I enjoy attempting to frame my observations and experiences inside poetry or poetic language.

SR: Could you talk more on the subject of mythologizing your family’s past in your first collection?

FP: The life and trajectory of my family swells inside me. These are stories I have known and been retold since I was a young boy. Some of the people in the stories have taken on another life inside my imagination. Even those who are still living have stories that are larger than their own lives, and not in the sense that they are untrue or unbelievable, but that they have grown into the realm of mythology. The way that these stories are told for the sake of the story and the way they are dependent upon the storyteller's embellishments makes them a fit within the framework of poetry.

SR: In your TEDxBellevueCollege talk, you advise people to have the presence of mind to become someone else’s witness. The poem you read at the talk called “Getting Here” is an example to bearing witness to your grandmother’s childhood story and validating her through your listening. In what ways has poetry helped you expand on the idea of bearing witness? How has it helped you with writing poetry?

FP: I believe that writing poetry can be a generous act. I remind my students that what is simultaneously happening is that we are writing for others too. We are giving voice and validation to an experience. For those who weren’t there to live the tale, I want to put the experience in words as a way of connecting them to it; I want them to be able to break a chunk off and claim it for themselves as though they are right there in that moment (at least for my more accessible narrative pieces). I just read Luis Alberto Urrea’s interview in the Latino Book Review where he talks about how his mentor Rudolfo Anaya had told him: “if you can make your abuelita in Tijuana the grandmother of some reader in Iowa, you have committed the most powerful of political and religious acts.” That’s it right there.

SR: In “Desert Floral,” you use a quote by Brenda Hillman, which says “She is two things at once: Human and Fossil.” I admire how this quote fits in with the poem’s descriptions of mother nature within the desert. What made you want to include this quote in the beginning and what influence has this poet had on you?

FP: I had the privilege of attending the Community of Writers as Squaw Valley where Brenda was a poet in residence. One evening it was Brenda’s turn to give a craft talk or lecture to us poets in attendance. I don’t exactly remember the nature of her talk, but I was struck but that line and immediately knew that it would fit well with a poem that I had drafted in a workshop there.

SR: I admire the inspiration you get from other writers. You dedicate poems to writers such as for Roberto Bolano in “Gutter Water River.” How did Bolano inspire you to write that poem?

FP: That particular poem was inspired by a story that a friend had told me about a young girl who had gotten lost in the snow and how the elders of a community lit fires and wrapped themselves in blankets to send her warmth and light. The poem, for me, connected with ideas of what Bolaño was writing about in 6666. Those women in his novel disappeared too. We know about the murders and kidnappings related to cartel violence in Mexico. It's the violence, it's the disappearing that continues to strike me. In my book, I am in some ways exploring these similar themes of violence and disappearing.

SR: In your poem “Books of Promises: The Tongue,” I was intrigued by the way you use the tongue as an image, for example: “If black hair grows over one’s tongue/it means a fast-coming evil.” Can you describe your process for brainstorming these various representations of tongue as an image?

FP: One of the ways I grew up to understand language was through the word “lenguaje.” My mother tongue is Spanglish. In my role as teacher, I say things like, “students have the right to speak in their own tongues.” In an obvious sense, we need the tongue to utter words. And it is words that are often misunderstood or misinterpreted. Words fail us. I learned early how fierce my tongue was and how it could be used to say the most regrettable things. My tongue is a weapon and I am constantly trying to remember don Miguel Ruiz’s teachings in The Four Agreements that one should “be “impeccable with your word.” The line itself was taken from dream interpretations. The poem oscillates from what symbolism tells us of the tongue and what I have experienced with my own.

SR: I like how you interpret the tongue in an honest and mindful way. You also use eyes as a recurring image, like in your poem “Their Eyes Like Dandelion Clocks,” in which you mention eye colors and use Rufino Tamayo’s quote “I will eliminate more and more  . . . neither mouths nor eyes will appear.” What drew you to discussing the eyes in this particular poem?

FP: I am blending both the associations of privileged eyes (blue, green, light) in Latino culture with the theme of disappearance. When I look at old black and white photos of my relatives, a hollow and white space where their blue eyes are supposed to be takes shape. It is the old camera's flash that makes them disappear, or appear as though they are dandelion clocks puffed before they are blown into a wish.

SR: In your poem “When She’s With Me,” there is a line that stood out to me: “The hues I burden are browner.” It reminded me of the line, “disdain for darker skin,” from your poem “March in Los Angeles” that described treatment by your lighter skin relatives. Could you discuss the process of examining these racial implications in your work?

FP: I remember being asked by poet Beckian Fritz-Goldberg why so many people in my first draft of my book were always looking down, had their head down, or noticed things on the ground. The answer I wish I gave her then has to do with shame. The line, “The hues I burden are browner” suggests a shame in one’s self. It suggests being brown is a burden or carries a weight. No matter how hard my family tried to assimilate, all it took was one white person to say, “you don’t belong here” to invalidate our entire experience. When I grew up, I felt the affects of White Supremacy hardcore. It was like white people needed to baptize us constantly or approve of us and that they were constantly watching so we had better keep tap dancing and not get out of line. It wasn’t men in white hoods, but instead it was that “white-standard” that what was “white was right.” This meant facial features like eye color or ways of behaving/speaking. All of this seeped into my subconscious as a boy growing up in an Anglo-dominant city and world and all of this tweaked my self-esteem. That wounded boy in me still shows his sad and insecure face when I least want him to. Within the Latino/a/x community colorism is also an issue that I think a lot about. I’ve seen it in my family, among folks who themselves wouldn’t be able to name it, but have been affected nonetheless. In this particular poem, “blue eyes are better” or are the standard. On my father’s side of the family, those who have a Eurocentric orientation might also have mixed identities. It can be a difficult and often confusing experience to be Latino/a/x in the race-conscious U.S.

SR: A Song of Dismantling is your debut poetry collection. What other poetry projects are you working on? Will they be centered on family?

FP: When I found out that my first book was going to be published, poet Eduardo Corral told me to get started on the second collection so that I would have something in hand to address in situations just like this. Currently, my second collection was recently a finalist for the Red Hen / Letras Latinas Poetry Prize. I think this second collection is a more mature echo of the first. Family, or what it means to belong and stay connected is definitely a theme I explore. I am also interested in what separates us. My family as a culture has both defined me and forced expectation on me at the same time, and at times I resist these expectations. Family will always be something I write about. I enjoy attempting to frame my observations and experiences inside poetry. Having a family as big as mine, there is no shortage of experiences.

In a perfect setting, my writing space is spread out over a large table, next to an open window, a light breeze tip-toeing through the room. I have two trees outside my window. I think one is a cherry blossom and the other is a loquat tree. It’s great to hear life chirp and rustle as a kind of white noise. I keep a lot of houseplants too, so I feel wrapped up in the natural world. Sometimes I can write with a little music, but I always have to have something to drink (water, tea/coffee, or booze—depending on the hour and my mood). Icing on the cake is always working next to someone. I love the feeling of being near someone who is engrossed in something of their own.