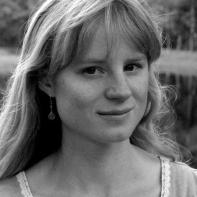 Emily Ruskovich grew up in the Idaho Panhandle on Hoodoo Mountain. Her fiction has appeared in Zoetrope, One Story, and The Virginia Quarterly Review. She is a winner of a 2015 O. Henry Award and a graduate of the Iowa Writers' Workshop. She currently teaches creative writing at Boise State University and lives in Idaho City. Idaho is her first novel.

“Outside of Idaho,” an interview with Emily Ruskovich

This interview was conducted via e-mail by Interview Editor Jacqueline Aguilar. Of the process she said, “Emily Ruskovich’s novel Idaho uses flashbacks to highlight the long-lasting effects of childhood. I enjoyed reading her poetic prose and detective-like characters in this tragic yet touching novel.” In this interview Emily Ruskovich talks about the peace Idaho has given her, the influence of age-progressed photos of missing people, and the personal connection she has with characters.

Superstition Review: Thank you for doing this interview. I am grateful for the chance to discuss your current novel and writing process. In Idaho, each character is engrossed in some way in the memory of their own childhood. What is the purpose behind the obsession of unblocking childhood nostalgia and how does that lead to the acceptance of present mysteries in the novel?

Emily Ruskovich: Thanks so much for your interesting question. My honest answer is I don't really think about the "purpose" of something I am writing about. Writing is more instinctive for me than that, less logical, and, in a lot of ways, simpler and messier at once. I am obsessed with childhood because my own childhood is very much alive in me, very much a part of who I am today. And so it feels real for my characters' childhoods to be a part of them, too. I've never had to "unblock childhood nostalgia" because I feel my childhood each day, not just as nostalgia but as this living realm that's inside of me, constantly a part of my present.

SR: In Idaho, Tom Clark (the portrait artist) gives life to June’s possible futures through his art and serves as a source of hope, but overall a sense of comfort to the Mitchells. How did you create Tom Clark and where did his purpose in the novel come from?

ER: All my life, I've paid attention to the age-progressed pictures of missing persons. I always stop what I'm doing when I come across one, and I study that face, try to see a childhood in it, try to see a future, and it always breaks my heart and shocks me. So many times in my life, I've wondered what it would be like to be the person whose job it is to create these hypothetical futures for children who, so tragically in many cases, have no future at all. What is it like to imagine what you feel in your heart isn't true, but which you must imagine because it's your imagination that might be that child's only chance? In one of my earliest drafts, making age-progressed photos was something that Tom Clark did for a living. It was his official job. But that wasn't as interesting to me. My husband helped me create his current identity, of a man who owns a bicycle shop and who, long, long ago, got lucky in a way he has spent a lifetime trying to understand and live up to. And that incredible luck—which saved his missing cousin—became both a gift and a burden. He, like Ann, is obsessed with the possibility that June is alive, even though he knows that she probably isn't. And so he creates a hundred lives for her. He feels the great burden of being the one to find her, through his imperfect paintings that somehow reveal what the official government projections don't.

SR: Throughout the novel, I was drawn to your father’s song “Take Your Picture Off the Wall.” In several interviews you talk about your father’s poetic influence and the importance of this song in your life. What was your goal as a writer in utilizing the song in the novel’s plot?

ER: I'm not sure I had a goal, except that including my father's song was a way of honoring him and his work, a way of acknowledging the incredible influence he has had on me. But it was also more organic than that. The song felt like a part of the story, not something added on for any purpose. It was there from the beginning. And it helped me through.

SR: I admire the way you honor your father by having his song as a part of Idaho. The song is iconic to the novel. Will you continue to share your father’s work in your creative writing or do you plan to include it in the memoir you are currently forming?

ER:Thanks so much for this question. I don't have any specific plans to include his work in my fiction, but his writing is with me all the time, an important part of who I am. Sometimes it surprises me when it decides to reveal itself. I'm sorry I don't have a more specific answer. I am reading his poetry and fiction all the time, and I imagine it will continue to be a part of my own work, even if I don't quite know how yet.

SR: This mystery has haunted you for while and has influenced your novel. Are mysteries a driving force to your writing? Do you like exploring the unknown?

ER: Yes, I think mysteries are a driving force for me. I see mysteries in things that might not even seem that mysterious at first. I think that's one of the great pleasures of fiction, exploring the unknown.

SR: In an interview with Electric Literature, you talked about how June and May are based off you and your younger sister. When reading Idaho, I found June and May’s scenes very relatable to my own childhood relationship with my younger sister, and at times it was hard to continue reading their scenes. Was there ever a time in your writing process where it became too difficult to write about? Were there any scenes that you did not include in the novel?

ER: Yes, it was difficult to write about May and June in one sense, because I knew that I would have to let them go. I knew what would happen to these wonderful children so alive in that moment that I wrote them. Those are scenes I will never read aloud, because it's so painful thinking of them gone, that I'm afraid my voice will break if I try reading. But in another sense, they were the easiest of all my characters to write, because they were so close to my own life. They were so alive in me, so much their own people, that when I wrote their perspectives, I hardly had to change a word once it was finished. I really love those little girls. And writing them gave me a deeper joy than I can express, even though it was extremely painful to have to lose them. I'm glad I could save some part of them; I'm glad I could give them those moments of joy and sisterhood, even given what was to come.

SR: In a conversation with Random House Reader’s Circle, you mention that the novel began with a feeling when driving up a mountain with family, and you sensed something horrible happened to another family there. You talked about it being on your mind all summer. Did writing Idaho ever give you peace regarding that mystery?

ER: I don't think I will ever get over writing Idaho. It's hard for me not to be able to work on it any longer. The novel brings me peace in that I am so grateful that my voice is out in the world, and that I can hold in my hands this object that I feel honors my family, my childhood, and the people—my characters—that I have come to love so deeply. But it is so hard letting go. And I'm not sure that I have found peace in the way you are suggesting. I do believe that what I wrote in my novel answers the question I had about that place that haunted me. But the closer I've come to finding that truth, the more the mystery has deepened. I'll be thinking about it the rest of my life, even if I feel now that I know.

SR: Idaho is your debut novel. What projects are you working on now?

ER: Right now, I am working on a collection of short stories also set mainly in Idaho. But I also have other ideas that I work on periodically, a memoir and a second novel.

ER: Right now, I write in this little cabin my landlord owns, located behind our house in the countryside just outside of Idaho City. The window looks out at the snowy mountains and trees, and the woodshed. It is a quiet peaceful place. I also have a fire going in the little stove.