"Steam and Pop," by Mark Dostert 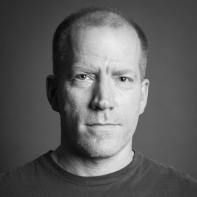 Mark Dostert was a volunteer counselor at the Cook County Juvenile Temporary Detention Center in Chicago where he later became a full-time Children’s Attendant. His fiction and nonfiction have appeared in Ascent, Cimarron Review, The Dallas Morning News, Green Hills Literary Lantern, Hayden’s Ferry Review Online Content, Punctuate., and Southern Indiana Review, and been cited as Notable in The Best American Nonrequired Reading 2011 and The Best American Essays 2013. He is the author of Up in Here: Jailing Kids on Chicago’s Other Side, excerpted in Salon and featured at the Chicago Tribune Printers Row Lit Fest.

My two college degrees mattered little while I was a Children’s Attendant at Chicago’s 500-cell juvenile jail. A year and three days there taught me much. Before working at that five-story, half-a-million square foot quadrangle of painted steel and tinted glass, I was ignorant that certain street gangs adhered to certain diets. Raised in a Dallas suburb, I’d assumed that food would be food to the inmates. But loyal Vice Lords wouldn’t eat the fish sticks, or on rare healthier-meal days, the baked fillets, off our cellblock meal-carts because one of their early leaders had died allegedly choking on a fishbone decades before those boys, ages ten to sixteen and charged with everything from habitual vandalism to first-degree murder, were even born. In my pre-Cook County Juvenile Temporary Detention Center employment life, I’d also understood “blunt” as a mere adjective. For the kids I worked with, “blunt” commandeered the thing-ness of a noun—a hollowed-out (and fantasized over) cigar repacked with marijuana.

Even during my final week of ‘attending children’ as a badge-less, un-uniformed, and unarmed jail guard, I suspected that more discoveries and surprises might still lurk. Any cellblock, any shift, and any not-all-the-way competent coworker could enact an entirely new and unforeseen array of challenges and revelations. With only four shifts remaining, I was posted on the back row of cellblock’s 3F’s TV Area on the evening shift monitoring some of the facility’s younger inmates. A middle-aged woman, seemingly half as wide as she was tall, entered the cellblock for a Special Program. My coworker and I had just served the boys dinner, directed the cleanup, and assigned them to chairs facing the lit screen. Had this visitor not been on her way, we would have offered the boys more than television, spacing them over three-quarters of the cellblock for ping-pong and cards until 8:30 P.M. lock-in and bedtime behind their steel-framed Plexiglas cell doors. This visiting woman’s beehive Afro alienated her from everything I associated with mildewy cellblocks and sullen or antsy inmates—certainly any escapistly feminine side of it all. Few of our female attendants were this overweight. None were this style-rebellious. Of the jail’s 29 cellblocks, two housed girls, where one of the two Children’s Attendants had to be a woman. None matched female jailer stereotypes. One was a head-turner, particularly in tight clothing, which she seemed to favor, such that if she happened by my hallway transport lines, I eyed my inmates with added scrutiny so as to bust any kid who grunted or moaned. Female supervisors donned leather pants and clickety shoes and waved gold-weighted fingers and wrists, so this civilian woman visiting cellblock 3F looked as out-of-place as man in a tuxedo at a landfill. Baggy trousers and a billowy blouse, earthy in color, compounded her 1970s guise. I’d yet to see her in the building as with other volunteers: the Catholic and Protestant chaplains, a volunteer preacher in a charcoal suit, and Loyola law students on a project coaching inmates to read from scripts and role-play courtroom scenes

She paused at the staff desk near the door, said something to my coworker stationed there in its roller chair, and then turned right and headed towards the inmates and me. I hit OFF on the TV remote. She stopped between the television, perched on a shelf several feet off the linoleum floor, and the first row.

I made eye contact—cue for her to begin whatever she was there to begin.

She dropped her eyes to the boys’ level and introduced herself as Ms. Winslow. “Okay gentleman,” she began, “why do people have sex?”

Based on my view of the backs of their motionless heads, the dozen and a half twelve-, thirteen-, and a few undersized fourteen-year-old juveniles in the four rows between the woman and me were idling blank-faced—an encouraging sign for me. Even on what I considered a less demanding cellblock due to the inmates’ relative youth, to a female uttering “sex,” I expected at least giggles, if not vulgar noises.

“Maybe to have fun?” the woman eased her chin forward. Her eyelids flitted up.

The juveniles though in their khakis and white t-shirts with one of three bird logos emblazoned on the chest, reacted like she was a hundred years old and speaking the King’s English. No shoulder turns. No head or neck twitches.

A good ten seconds lapsed before someone in the middle rows replied, “Because you wanna make a baby?” His tone was flat, as if reciting some dusty and useless fact he’d troubled himself to recall only to humor the woman out of politeness.

A few boys nodded like they agreed. Either nature’s probable testosterone infusion wasn’t yet upon these adolescents’ loins, or hearing about sex from Ms. Winslow was not very sexy. None of my late middle school friends vocalizing their emerging libidos did so aspiring to reproduce themselves. I’d threatened 3F with no Game-Time after the Special Program should there be any disruptions.

Ms. Winslow said, “Right, that is a reason for people who wanna be parents.”

No response. No one posed a question, no one went verbally primal, no boy did anything to indicate that this woman wasn’t detailing Chicago’s pyro-safety code changes following the Great Fire of 1871 rather than the novelty of being naked in the same room as a naked girl.

Without addressing the one boy’s proposed rationale for sex, Ms. Winslow plodded ahead with exactly how ‘to have fun.’ Wait until “you’re ready.” Obtain and wear condoms because if you don’t, you may “contract a deadly disease.” I’d heard about sex education classes where teachers wielded bananas to demonstrate, but Ms. Winslow bore no diagrams, props, or actual condoms, as if the boys needed only reminding not instructing.

Nothing from the boys again—apparently bored by this woman with a quarter-century expired hairstyle trying to talk them into an erection.

Ms. Winslow’s talk had me thinking of myself when slightly younger than her audience. I felt fortunate because this strange lady speaking these strange words might well have been the first adult from whom the 3F boys had heard from about wanting to “have sex.” Preemptively, my father enlightened me during my fourth-grade year about oncoming urges and new hair growth and how these bodily changes related to where babies came from—the question I’d been posing to him and my mom. What he described sounded like make-believe. From Dad’s strictly verbal depiction, I couldn’t conjecture how “the man’s private part fits into the woman.” With nothing on condoms or STDs, Dad continued that God had reserved this ‘fitting’ for husbands and wives, stating, at least in my memory now, that in some locales non-marital sex was illegal. A fib, maybe, unless he was referring to Islamic law (which I doubt), but I didn’t know Riyadh from Raleigh then and didn’t understand the fuss. Likewise I couldn’t glean any hint how ‘a man fitting into a woman,’ logistics be damned, created a baby in her stomach, nor why the wrong man and wrong woman would desire such fitting into each other so much that civilization would have to police this bizarre act. Soon my mom reiterated that sex is sacred and for married people to enjoy discretely—not to be eavesdropped upon and ogled at in simulation on the silver screen over popcorn, hence allowing my brother and me no Rated-R movies. Later as a middle teen at a church youth group retreat in the central Texas cedar woods, I listened to a song leader with an acoustic guitar state that every time you have sex, you give away a piece of your soul. And someone you aren’t married to doesn’t deserve a piece of your soul. My intact soul trumped any speculative physical pleasure. Marriage could have sex.

Ms. Winslow gave the boys zero on what might qualify you as “ready” and when “ready” is, or even might be, or should be.

From the back row I imagined interrupting Ms. Winslow and submitting to cellblock 3F that despite a looming stirring in your fuzzy loins for fun, no natural law mandated that you strip to your birthday suit with a girl for this fun before voting age, or legal beer age, or even before your patience strains waiting to meet such a fun girl who is worthy to be your best friend. Your life will be better if you don’t. I was never married and had all my soul. A challenge but not impossible. At puberty’s onset, those 3F boys were blissful frogs frolicking in a pot of water warming on the stove. My parents had defined sex from married mouths. So to my ten-year-old mind and ten-year-old loins, their thesis exhibited a logician’s perfect reasoning. My stove wasn’t even warm.

Without query or noticeable fidget, each 3F juvenile tolerated the presentation’s remainder until the woman in old clothes and old hair left. Before dismissing the boys to fly off their seats for Spades and ping-pong, I wanted to further reward cellblock 3F for its mature behavior by giving them my parents’ version of sex education—help them preserve their entire souls as long as possible.

But I said nothing. They had sat still and quiet long enough. So I watched the 3F boys dart off their lime green TV chairs to fling aces and kings about over tabletops and slice ping-pong paddles through our tangy institutionalized air.

Some of what saddened me about the all various young souls and young bodies at Chicago’s Cook County Juvenile Temporary Detention Center, I realized, had actually originated in the sex to which these 3F boys, statistically half of whom had been born to teen mothers, seemed indifferent. Their water was warming. Soon it would steam and pop. Specifically disheartening to me was speculating how likely few of them would receive anything like my parents’ version of sex education. The boys would thus have to climb out of their scalding water without this pre-existing and competing paradigm for sexuality that I wished for them—the paradigm that my parents never hid from me.

‹ "I Was One of My Memories," by Laurie Blauner up "Sudden Caregiver," by Mary Lewis ›