"The Shed" by Abbie Barker 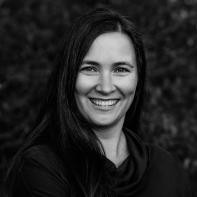 Abbie Barker is a creative writing instructor living with her husband and two kids in New Hampshire. Her flash fiction has appeared in a variety of journals including Cincinnati Review, Hobart, Monkeybicycle, Pithead Chapel, Atlas and Alice, and is forthcoming in Best Microfiction 2022.

After Bill and I lost our jobs, we moved into the shed behind his parents’ five-bedroom house. At first, we complained. The plywood floors were too rough, the bare bulbs too sterile, the Wi-Fi too slow. We were only permitted in the kitchen of the main house during certain hours and using the bathroom was a pain. We crammed all of our stuff into that 10x14 room—the platform bed, a teak desk, a double-dresser, a round dining table. We shoved in a loveseat. We mounted a flat screen. We ran out of space.

“Do we need all this?” Bill asked.

“We could store it in your parents’ basement?”

We invited Bill’s parents to their back patio for a bonfire. We collected the wood. They provided the marshmallows. My mother-in-law sipped a gin and tonic while describing her plans for a basement wine cellar.

“We were hoping we could store some things down there,” I said.

She shrugged. “We already hired the contractor.”

“Maybe it’s time you start looking for your own place.”

My father-in-law nodded. I burned my mouth. When Bill’s parents went back inside, they locked the door behind them. They shut off all the lights.

Bill and I sulked by the copper firepit. “Do we really have to move?” he said.

“What if we got rid of everything?”

The next morning, we lugged a car-load to Goodwill, left the rest on the side of the road. We bought a soft rug. We slept on the floor. The Wi-Fi worked better with just our phones.

We stopped wanting anything. We stopped needing to leave.

For a period, we were comfortable. We meditated and designed high-intensity-interval workouts. We learned calligraphy and watched crocheting tutorials. But at some point, my in-laws complained. They said they never intended for this arrangement to be permanent. “What about your career aspirations, your dreams? What about kids?”

“They take up space,” I added.

“It’s time to move out,” my mother-in-law said.

When we refused to budge, they dropped an invoice by our door, demanding rent. We were forced to secure part-time jobs, managing social media accounts from our phones, walking neighbors’ dogs. When we still didn’t move, Bill’s parents banned us from the house, so we ordered takeout. We dug holes in the yard.

Eventually, they cut the Wi-Fi and electricity. They ejected Bill from the family cell plan.

“We need to be more self-sufficient,” I said.

We bought solar-powered chargers and cooking devices, strings of LED lights. We bought all-weather sleeping bags. Every time we stepped outside, I’d catch my mother-in-law snooping from the kitchen window.

“Do you think your mom is up to something?”

“She just misses us,” Bill said.

But one day, we returned from a supply run, and the shed was gone. In its place, a smoldering heap of ash. I assumed that was it—we would finally have to leave, when Bill grabbed my hand and said, “Maybe we don’t need a shed.”

“Should we pitch a tent?”

After the tent went up, my mother-in-law called a realtor. The five-bedroom house sold below market value. My in-laws threw in their Ethan Allen furniture and three hundred bottles of wine. We hear they are roaming the country in a compact RV. Every few weeks they call to ask if we’ve found an apartment. When we describe our tent’s latest features, they cut our conversations short and won’t tell us where they are.

Bill and I are settled again. The new owners haven’t asked for rent. They share their vegan leftovers and dusty bottles of Bordeaux. They tell us our tent could use some upgrades. We ask if they’ve considered building a shed.