"It's Code" by Cindy Lee 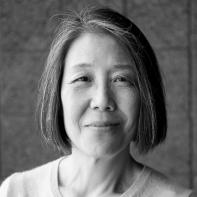 Cindy Lee is a graduate student at Arizona State University (ASU) in the Master of Liberal Studies program. Her focus is personal essay and narrative nonfiction writing. Her first published essay, “Am I a Conditional American?” appears in Transformations, a magazine project of the Narrative Storytelling Initiative at ASU and a publishing channel of the LA Review of Books. The essay won the 2021 Excellence in Creative Writing Award from the Association of Graduate Liberal Studies Programs, republished in the Fall 2021 issue of the national journal, Confluence. Cindy’s essay was featured on KJZZ, the NPR member station in Phoenix.

“When Mommy asks if you’re tired, it means she’s tired,” my father clarified.

We speak in code in my family. I don’t know if it’s inherent in Korean American families or in all families, but I know it’s true in ours.

My mom is actually Mom #2. Original mom left our family when I was eight to become a fully realized person. “I’m a maiden, not an earth mother,” biological mom told me years later.

Dad remarried four years after she left. As a teenager, I was still learning what second Mom meant. To better understand where people are coming from, it helps to know where they came from, what’s in their past history.

My father and second mother originally came from North Korea. Mom was from a very poor family; food was scarce. Dad was from a family that owned valuable land. He came to the U.S. as a student in 1948. His parents were subsequently killed in bombing during the Korean War. My father never learned what became of his older brother, his only sibling.

With his wife gone, we kids were the only family left for my dad. I was the eldest; I tried to help. My father suffered tremendously during the divorce, but he did not express his anguish verbally. I knew though, I could see it. And we no longer shopped at the nice stores. Dad battled fiercely and won legal custody of his four children, which was uncommon in the mid-1960s.

Second mother joined our family as Mom. She had also come to the U.S. as a student. She and my dad married when I was nearly 13, more than 50 years ago. Korean parents did not divorce in those days. With a move from California to Missouri, and original mom no longer in the picture, Miss Kim became “Mom” and “our mother.” She and Dad became “my parents.” As a Korean family, we did not reveal our private details to the outside world. We presented the family as intact. No one else needed to know we had been broken and put back together. I remember once, a woman at school said to me, “You look just like your mother.” I smiled and stayed silent. That would have been a biological impossibility.

My parents are in their mid-90s now. I usually travel to see them, not the reverse. But two years ago, they came to Scottsdale, Arizona to scout independent senior living residences. I took them to a trendy breakfast place: Snooze, an A.M. Eatery. Mom ordered oatmeal; she enjoys that for breakfast nearly every morning. A huge portion came in a 4-sided, ceramic bowl with raisins, nuts, and honey to add.

My mother ate what she could and left the rest. When the server came to clear our dishes from the table, Mom looked up at her and said, simply, “You gave me too much.”

The server must have thought my mother was being rude. But what the comment actually meant was that my mom felt guilty about wasting food. She couldn’t finish it all because she’d been given too much. It was a kind of inscrutable regret, not a criticism. But who could know this if you didn’t know her? And who could know those years of food scarcity seven and eight decades ago would be so permanently embedded in her psyche?

My parents chose a senior living community in California. They no longer drive. I take them to all their doctor appointments and manage their medications. Dad dislikes the food their residence serves, so I take him out to dinner as often as I can. Many times, my mother chooses not to go with us; she stays to eat the meal already paid for in their monthly fees.

At the end of each evening with him, my 95-year-old father walks me out with his walker to the parking area of their apartment complex. And every time before I leave, I hug him and tell him “Love you, Dad.” And every time, he replies, “Thank you” and thumps me on the back. And that’s code for, “I love you more than you can ever know.”

‹ nonfiction up "Our Gods That Vanish" by Haolun Xu ›