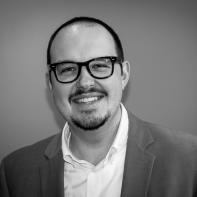 Bradley Sides is the author of Those Fantastic Lives: And Other Strange Stories. His recent fiction appears and is forthcoming at BULL, Ghost Parachute, Reflex Press, and Psychopomp. He is an MFA candidate at Queens University of Charlotte, where he served as Fiction Editor of Qu. He lives in Florence, Alabama, with his wife.

Directions: Read the informational essay about the Dead-Dead Monster and answer the following questions. Mark all of your answers in the testing booklet. Once finished, continue to the writing portion of the exam.

A Good Monster is NOT Hard to Find
by Liz Cornelius

(1) The Dead-Dead Monster is one of the most popular cryptids of Alabama folklore. This creature, as documented by those who have allegedly encountered it, has an appearance comparable to that of a malnourished, bipedal wolf, with mange. In multiple interviews conducted by staff of the Clarisville Times, Alabama’s oldest and most-circulated daily newspaper, supposed eye witnesses further detail the Dead-Dead Monster as measuring approximately seven feet tall, possessing an elongated snout, and accessorizing, most always, with a black top hat. Each of these very same interview subjects spoke of the Monster’s vile stench and its hauntingly red, glowing eyes.

(2) This cryptid certainly seems horrific, but looks in this case might just be deceiving.

(3) The first mentioning of the Dead-Dead Monster occurred in 1864, when a cholera outbreak ravaged Clarisville County. Thomas Williamson, who was twelve years old at the time, knew of the disease on a very personal level. Records indicate that, in Williamson’s home county alone, 119 people died from cholera within a two-month span. Williamson’s mother, father, and five siblings were among the unfortunate victims, but Williamson, who also contracted the intestinal infection, recovered. He owed his very survival to none other than the Dead-Dead Monster. In an uncovered interview with Hiram Smith, a local journalist at the time, Williamson said, “I didn’t want to die. I thought that was exactly what was happening when this huge, wolf-like creature that called itself the Dead-Dead Monster first came into our cabin and sat on the edge of my bed. But instead of leading me into the afterlife, it started singing to me. The lyrics were rather queer, but the voice was beautiful. Like some kind of low-pitched lullaby. The Dead-Dead Monster said if I really wanted to keep living, I could sing along. So, after it taught me the words, I did. I sang.”

(4) Thomas Williamson is not the only witness to go on record about the Dead-Dead Monster’s apparent granting of grace. In a 2017 interview with the Clarisville Times’ reporter Jennifer Hatton, famed cryptozoologist and Dead-Dead Monster specialist Alfred Moulton, Ph.D. said hundreds of documents from the 19th, 20th, and current centuries indicate similar reports of Alabama residents, who were all involved in some kind of historic, statewide tragedy, being kindly saved from the brink of death by a “rotten-venison stinking” and “hideous” cryptid, with the unexpected “voice of an angel.”

(5) Another recorded case involves that of then forty-four-year-old Louise Cole. In 1918, Cole was traveling aboard a train to Montgomery when it derailed. Although dozens perished, Cole was one of the few survivors. She claimed, in a written testimony, the Dead-Dead Monster appeared to her in the train’s fiery wreckage. She further explained, “When the Monster asked me if I wanted to live, I couldn’t refuse. It taught me a song that kind of frightened me right there in the heavy clouds of smoke. But I sang it. And I sang it loud. There is no doubting who saved my life.” Dr. Moulton argues the fact that multiple claims of similar experiences substantiate the Dead-Dead Monster’s goodness. “It’s irrefutable,” Dr. Moulton says. “What we have on our hands should more fittingly be named the Dead-Dead Saint.”

(6) For those Alabama residents who fear death, which according to the Alabama Center of Statistical Surveys is 98.8% of the state’s population, the folklore surrounding the Dead-Dead Monster provides hope that a wolf-like healer is out there, waiting to save a lucky few with a beautiful song.

1. Which of the following best explains the purpose of paragraph 1 in the above article?

o To give necessary background information about the Dead-Dead Monster

o To support the central thesis

2. The prefix “bi” comes from Latin, meaning “two.” Based on the context above, what is the meaning of the word “bipedal,” as used in paragraph 1?

3. The author of the previous article includes statistics and research. What is the best reason for including these types of items?

o To show how fun writing can be

o To provide support to the article’s purpose

o To impress readers with so many reliable facts

4. In addition to releasing the statistic in the previous informational essay that 98.8% of Alabama residents fear death, the Alabama Center of Statistical Surveys provided the following charts. Please carefully read and examine the following information, and then answer the question below:

What can best be concluded based on the information provided by the Alabama Center of Statistical Surveys?

o No matter where people live, it is rare to fear death

o No matter where people live, proving the existence (and goodness) of the Dead-Dead Monster would substantially ease the fear of death

5. Which paragraph best serves as a transition from providing necessary background information to delving into the true mystery of the Dead-Dead Monster and its alleged goodness?

o All of the above

6. The word “vile” appears in paragraph 1. After revisiting the term above and understanding its meaning based on context clues, please choose the analogy that best matches the provided example: Vile : Disgusting.

7. The article features an interview from a boy named Thomas Williamson. Williamson, in a dated interview, claimed the following: “I’m very lucky to have met the Dead-Dead Monster.” Why might he have felt lucky?

o Because 119 residents of his community died of cholera

o Because he got to smell the Dead-Dead Monster

o Because he was able to learn a new song

o Because the Dead-Dead Monster saved his life

8. In paragraph 5, the author of the passage mentions famous cryptozoologist Dr. Alfred Moulton. Why might the author have included an interview with him?

o To prove that the Dead-Dead Monster is real

o To enhance credibility to the central argument

9. Based on context clues, the definition of the word “irrefutable,” which appears in paragraph 5, should be clear. Which of the following is the best antonym for the term?

10. The Alabama Center of Statistical Surveys told 1,200 people, ranging from the ages of 12 to 96, the same information regarding the Dead-Dead Monster you have just read. Afterward, they were asked to choose one word they feel best describes the Monster. After carefully examining the results, please answer the question that follows:

Which statement best describes how those surveyed view the Dead-Dead Monster?

o The vast majority of people deeply fear the Monster

o The vast majority of people deeply admire the Monster

Be specific in your writing, and be sure to use textual evidence from the original article.

Your response should be multiple paragraphs, and it should be written on the following page(s) inside this testing document.

You should do any prewriting on the provided scrap sheets of paper.

Once finished, please close your testing booklet and stay quiet until all items are collected.

I wasn’t going to do this part either, but I need to say what I just read is some serious CRAP!

First of all, do you really think some wolf-looking creep that looks and smells straight up nasty is good? What about its “hauntingly red, glowing eyes?” And don’t even get me started on it wearing a top hat. Are you kidding me? Anything that wears one of those is freaky. This Dead-Dead MONSTER is from hell, and yes, it is a “monster.”

Real talk, what makes a monster a monster is that it plays on fear. It thrives on fear. It relies on lies and deception and trickery and all of those other words that mean pretty much the same thing. Watch a horror movie and tell me I’m wrong. This disgusting MONSTER plays on all of this. For example, if I wanted to save some people from the grim reaper, I would save them. I wouldn’t make them sing some “rather queer” song that “kind of” freaks them out. That’s weird. And let me tell you more about this little song.

My great-grandfather was in a factory explosion. I don’t remember which one, but it was a long time ago in some rundown city close to the beach. Who cares? Anyhow, after the fire, he started singing a new song to my grandfather when he was a little kid, and then my grandfather would sing it to my mom when she was coming up, and my mom sang it to me until I started having…NIGHTMARES. The song is catchy. I buy the “lullaby” comparison. Do you want to know the lyrics? I guess not since they aren’t mentioned in Ms. Liz’s ignorant little article, but I’m going to tell you anyway. Here goes:

“I’ll go with you

I’ll go with you

I pledge my soul to you

Obviously, my great-grandfather didn’t die in the explosion, but it turns out he nearly got himself killed. He would’ve died if, you guessed it, THE DEAD-DEAD MONSTER wouldn’t have arrived in the smoke and tricked my great-grandfather into selling his soul so he could live a few decades longer.

Until we pointed out what the lyrics actually said on his deathbed, when he started humming the song’s tune, the poor, condemned man didn’t even realize what he’d done. Imagine how he felt then. I won’t go into much detail because it isn’t really your business, but I’ll tell you that he was yelling for a lot of ice cubes and fire extinguishers. Yeah, not a pretty picture.

I’m sure these Thomas and Louise people realized their own upcoming eternities, too, probably as they were heading straight into those forever-unextinguishable flames hand in hand with a certain stinky, mangy MONSTER.

In conclusion, if I haven’t already made it clear enough, undoubtedly, the Dead-Dead Monster is a MONSTER. Duh. Absolutely. And I know I said earlier there is no such thing as a good monster, but I’ve changed my mind. There is ONE way this particular monster could be sort of “good.” That would be if someone brave enough to face death head on would sacrifice those few extra offered years and just slit its deceitful, scrawny throat. Dead-Dead indeed.

You have reached the end of SECTION 1.
‹ "The Shed" by Abbie Barker up "a swelling" by Nadine Rodriguez ›