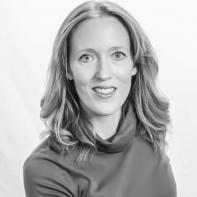 Jen Knox writes and teaches fiction in San Antonio, Texas. Her writing appears in The Adirondack Review, Bound Off, Istanbul Review, Per Contra, and Room Magazine. Jen is currently writing a novel, and she recently released a chapbook of short stories, Don't Tease the Elephants, with Monkey Puzzle Press (2014).

The closest I've come to a passionate encounter in the last two decades was with Henry, and he died soon after we met. The men I love die and, even if they lived, my daily rituals are becoming too all-consuming for me to entertain distracting and emotive pastimes such as romance. I have to be methodical if I want to continue to live a productive life. After all, I have been elected for this self-study of old age and I should make the most of it. Take, for instance, the curious nature of my own bones as they begin to shrink and curve toward the ground. I had never really noticed my body beginning to hunch over until I got out of bed a year ago, stood up straight and realized that I was still facing the floor. The experience caused me to pay attention to the drastic changes occurring in my body each day. Sometimes I feel honored; it is as though I have been allowed the exclusive experience of old age and I should make the most of it.

I'm no cynic. I still believe that romance exists for other women as it did for my previous selves: the dreamy beauty I was in college; the first female chair of environmental microbiology (who found herself surrounded by intelligent, successful suitors); the devoted, experimental wife, ready to take on the world with my research partner and husband for more than two dozen succeeding years. But now, at eighty-six, I have been a widow for some time, and I do not mind my solitary lifestyle, the fact that romance only exists in my imagination.

Each morning, I read the latest edition of Microbe magazine or work my crossword puzzles and drink instant coffee with cream. I sit by the window and there he is again, invading my thoughts, this man I hardly knew. Our single date has become my morning mediation, my visual mantra. We had not been involved sexually—the logistics of such an encounter would not have worked, what with his bad stomach and my chest pains—but we did become involved.

We had been introduced by Desiree, a young woman with a full face who assisted me with housework. She was in love at the time, soon to be married to a charming business man whom she had been dating for less than a year. She got it in her head that because she was romantically involved, the elderly woman she assisted should be too. Silly girl. She would not listen to my rational reasons for staying alone. My mind, I said, was cluttered with reality and burdened by the ailing body attached to it. She said my mind was simply closed and perhaps if I would open it, I could allow for greater things.

Her clouded perception was endearing, but rather annoying. As I worked the Sunday crossword that day, I explained to her that romance is the intimacy of shared sensation, soft music and soft movement, and that there is no room in a romantic scene for the crippling effects of aging.

“Irene, I know this man named Henry who'd be perfect for you,” she said. He was an uncle of her husband, a real catch. “These crosswords are too easy these days,” I said, trying to change the subject, but this girl was persistent. Ultimately, I only accepted her offer because I thought it would make her happy.

We met at a coffee shop that smelled curiously of lemons and vanilla. I walked in ten minutes late, thanks to an inept cabby. Henry must have known it was me: one geriatric heading toward another in a room full of college-aged kids. He began to stand, but something stopped him half-way.

“Henry,” he said, extending his hand from his stooped position. I noticed that he was shaped like a bowling pin, bloated around the middle, the hips. He was not a bad looking man, not particularly handsome, but I wondered why he couldn't bring himself to stand. He looked down at his lap as he sat down again and clumsily handed me two sunflowers with long, straight stems that seemed as sturdy as tree trunks.

I thought I'd excuse myself politely, head back to the front of the coffee shop, and ask the barista to call me a cab. I thought this, but I stayed because my body craved stillness. I felt wrapped in a blanket of silence, however, and I struggled to find something to say. This burden often falls on women, and I have never had the gift for gab.

“Cappuccino,” I ordered. Henry asked for more water. I searched his milky brown eyes as he stared beyond me, at a painting of a young bloodied hand that I, too, had noticed on the way in. The hand was reaching out, as though to shake or accept something and I immediately began to think of the various air born bacteria that could enter such an open wound.

“That painting makes no sense,” Henry said. I hadn't thought about the artist's intentions, but I agreed. Then there was another extended silence in which I adjusted my seat and the wood scraping against the linoleum seemed to echo throughout the room.

“You're a nice man, Henry, but this date is ridiculous. I feel sixteen again, only old.” I laughed at myself and adjusted a napkin.

He smiled (a fine set of teeth. I was tempted to ask him if he has a bridge or full dentures and how much they cost.). “Sixteen was retched,” he said. His soft brown skin creased around the corners of his mouth as he stopped short of smiling.

We sat. I reached for a half-completed crossword puzzle beside him.

“Three down is sanguine; too short for optimistic.

I liked his defiant energy.

"Rules are what keep us old people alive, buddy," I said. "Rules and routine." I offered him a sip of my cappuccino when it came, hoping to feed his energy, but he refused. We were silent again, but somehow it was nice. Henry never told me that he was feeling ill that day, nor did he tell me that he had digestive disorders and that one sip of acidic coffee might cause him insatiable pain for the rest of the day. We exchanged phone numbers, both planning to call each other when we found the answer. He was the first to call, an hour after I returned home. I was pleased by this.

We spoke on the telephone a few more times before he died, usually discussing the Sunday crossword, if either of us was stuck. I was never stuck, so I had to pretend. We began to crave each other's company, but I cannot honestly say we felt romantically inclined, at least I didn't. I told Desiree that she was right, I did like Henry. But I also told her that I, too, was correct. Such fables were gone from my life, retired to memory and imagination.

Today, I work a crossword book that promises to be Tough, but alas, it disappoints. I have two pressed sunflowers on my windowsill, next to my reading chair. I often relive my date with Henry because I didn't feel the urgency around him that I feel around most people; I didn't feel as though I was a burden or that I was walking too slowly, slowing everyone else down. Desiree's marriage was annulled shortly after it was announced, after she caught the charming business man with another woman. I tell her she's young, not to give up, but I recognize the slight of my own hypocrisy. I tell her that I think of Henry often, that I just never wanted to admit our connection. I move the pressed flowers into my crossword dictionary, where I will not lose them.

Sometimes I use white-out on my favorite puzzles and have another go at them, but I remember each answer. The new puzzles baffle me now, but this vocabulary hasn't faltered; it seems it never will. I forget a lot each day: keys, pills, my purse, a jacket on a cold day; but I don't forget the answers to those puzzles. I place the completed puzzles in the window next to my crossword dictionary. This is where I keep the crispy, dried yellow petals that once lived in Henry's full lap, and I open the book to gaze at them.

It's been six years since I've heard from Henry, and I can't figure out why. I remember his brown eyes peeking out from between wrinkled patches of skin. I remember his silly word choices and how we could sit in silence, even on the phone, but when we spoke there was always passion. He was full of a certain energy the old men at this residency don't have. I wonder if he knows I'm here.

When Desiree comes to visit me, I notice how gray her hair is around the temples. I ask why Henry hasn't called and she tells me he's gone. She says it was pneumonia, and I think about his wounded hand, the way it invited streptococcus, a killer for men his age.

“He never complained about it, even though it looked awful. Men around here always complain,” I tell her. I am ninety-two years old, and even the thought of Henry still makes me feel as though I am sixteen. He makes me feel the fluttering in my stomach that I used to think a clichéd exaggeration.

Desiree smiles and crouches down to meet my eyes with her own. She tells me she'll bring my lunch up to my room for me, that I should rest.

An herb capable of retrieving a lost love. My crossword dictionary is necessary only today. When I open the thing a yellowish dust falls onto my lap. Anacampserote is the answer I do not find. The dust shimmers against the window light, against my pale hands. I try to get out of my chair and gravity pulls me forward, reminds me of the way I am slowly shrinking, surrendering my space. Henry was doing the chivalrous thing by reminding me, in his quiet way, what love was supposed to be, and I rub the gritty powder against my skin like lotion so that my skin shimmers as I sit, waiting for Desiree, my lasagna, help to stand.

‹ "After," by Charlotte Holmes up "Spider," by Juli Henshaw ›